The Good, the Bad, and the Ugly: The Problem with Makeover K-dramas 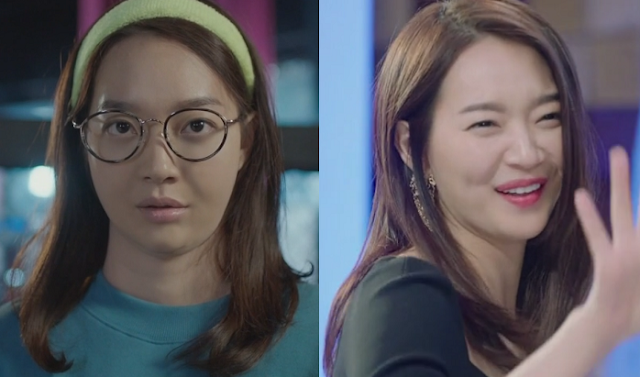 When I heard the premise for Oh My Venus, I just about reached through my computer and strangled everyone involved with the production. On the one hand, it's Shin Min Ah and So Ji Sub! On the other hand, it's a makeover drama, which may just be my absolute least favorite type of K-drama on the entire planet.

Coming on the heels of another makeover K-drama  (She Was Pretty) and following a similar "sad-fat-girl-turns-skinny" formula of last year's Birth of a Beauty (and casting poor Jung Gyu Woon to play basically the exact same role he played in the earlier drama), Oh My Venus made me especially wary.

In the end, though, Shin Min Ah and So Ji Sub won out, and I found myself watching the series. It's been an interesting experience thus far, with alternating scenes of things I hate and things I really appreciate.

Since K-dramaland seems so intent on making these types of shows over and over again, I want to have a conversation about why they're so troubling to begin with and what (if anything) makes them work.

"I Love Myself — But I Also Look Nothing like Myself"

Makeover K-dramas are inherently problematic for me. Often, the plot descriptions will include feel-good phrases like "she learns to love herself" or "They come to value personality over looks." Those things are awesome and all, but it's hard to cheer fully for a message about positive self-esteem and body image when the only way the heroine learns to love herself is by changing absolutely everything about her outside and conforming to Korea's strict beauty standards.

Take Birth of a Beauty as a prime example. To give the writers credit, the last few episodes were full of Geum Ran talking about how she learned to love her true self, and they even made some (horribly clumsy) attempts to "prove" that Tae Hee also loved her for who she was instead of the "Sara" exterior. 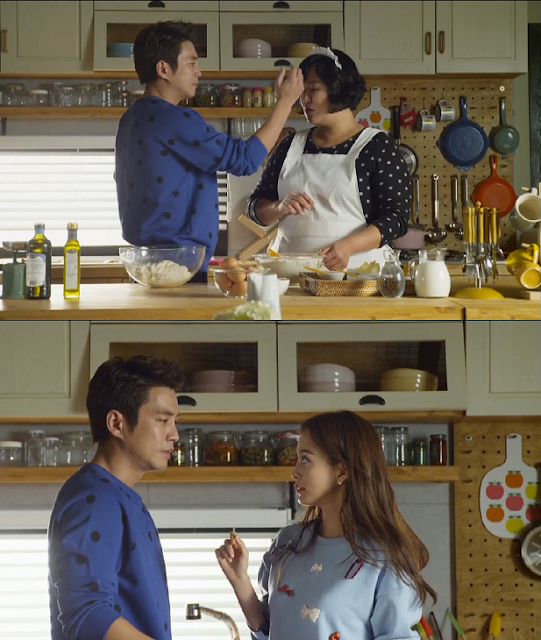 Similarly, even if Tae Hee used a crazy contraption to see Geum Ran as her former self and was like "nope, I'm not disgusted by her fatness," at the end of the day, he's still going to bed with Han Ye Seul, and there's simply no getting around it.

Buying into the Stereotype

The other central problem with makeover dramas is that even the okay ones buy into the very same beauty standards they claim to undermine. It's enough to give you emotional whiplash to cheer in one scene and cringe in the very next.

So far, that's exactly what's happening with Oh My Venus. On the one hand, the writer seems to be handling the premise with more care than I expected. I love how Joo Eun believes in and stands up for herself even when other people mock her appearance. I also appreciate that if they had to put Shin Min Ah into a fat suit, it's one that makes her face look realistically chubby instead of saying she weighs 170 lbs and making her look like she weighs 400 lbs. (The face is good, but can we all just ignore the full-body fat suit, please? Random lumps everywhere, but nowhere they belong!)

And yet, even as the show seems to be making strides on one side, it backpedals on the other. It's one thing to have characters constantly commenting on her weight and making fun of her, but it's another when the show does the exact same thing. If she supposedly weighs 170 lbs, why do a UFC fighter and a top-tier trainer have so much difficulty carrying her on an airplane? Why does she make the sound of a freight train crashing when running into a glass door? Why, above all else, IS THERE JOKEY CIRCUS MUSIC PLAYING EVERY TIME SOMETHING EMBARRASSING HAPPENS TO HER?!?!

If the show was going to act like overweight people are sooooooo clumsy and it's soooooooo funny, then I almost wish they had made her fat suit bigger. Otherwise, it just seems like anyone who weighs more than real-life Shin Min Ah or Yoo In Young is a walking joke waiting to happen.

The same goes for So Ji Sub's character. The charisma of the So Ji Sub-Shin Min Ah pairing is already impossible to resist, and I love how his character sees the good in her and wants to be around her even before she loses any weight. But please, please, can he never utter the words "Your body is mine" ever again? Please? Thanks.

Of course, there's also the problem of Korean beauty standards in the first place. When K-dramas say a character is "ugly," half of the time that means frizzy hair and bad clothes, and then the "makeover" involves making her look exactly like every other Korean actress out there.

She Was Pretty fell into this trap. Why was everyone so horrified by her looks in the first place? I actually liked her curly hair and rosy cheeks, and I was annoyed that her makeover tamed everything interesting about her and made her look like a clone of everyone else.

I get that she worked at a fashion magazine and needed to be taken seriously, but she could have done so by using some hair product and thinking about her clothes more carefully instead of changing her entire look. Once the makeover happened, Hye Jin's personality also kind of disappeared. It's like the second they tamed her hair, they also drained her character's life force.

Fortunately, the show's writer seemed to recognize the problem and actually allowed Hye Jin to go back to her original style at the end. Without that backwards transformation, the makeover would have been a total miss for me.

Can a K-drama Makeover Work?

Although I'm not 100% sold on the idea that focusing an entire show around physical appearance is ever a good idea (unless you're Miss Korea, in which case I love you and you can continue about your feminist business), there are some approaches that are better than others. Here's what works for me, personally:

Note: After a recent layout switch, we're seeing comments posted before April 7, 2017 missing on a few posts. We're working on a solution, and in the meantime, any new comments you leave will work!
Labels: beauty standards Birth of a Beauty Kdrama Kdrama makeovers Oh My Venus Oh My Venus review She Was Pretty Vivi