I'm all backed up on reviews, so here go some mini reviews on a few of the shows we've finished in these lazy days of summer. It's kind of an odd mix of shows, but I gotta shake things up sometimes! 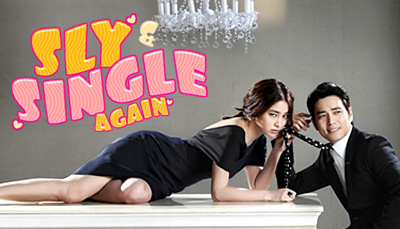 A mini review in text messages: 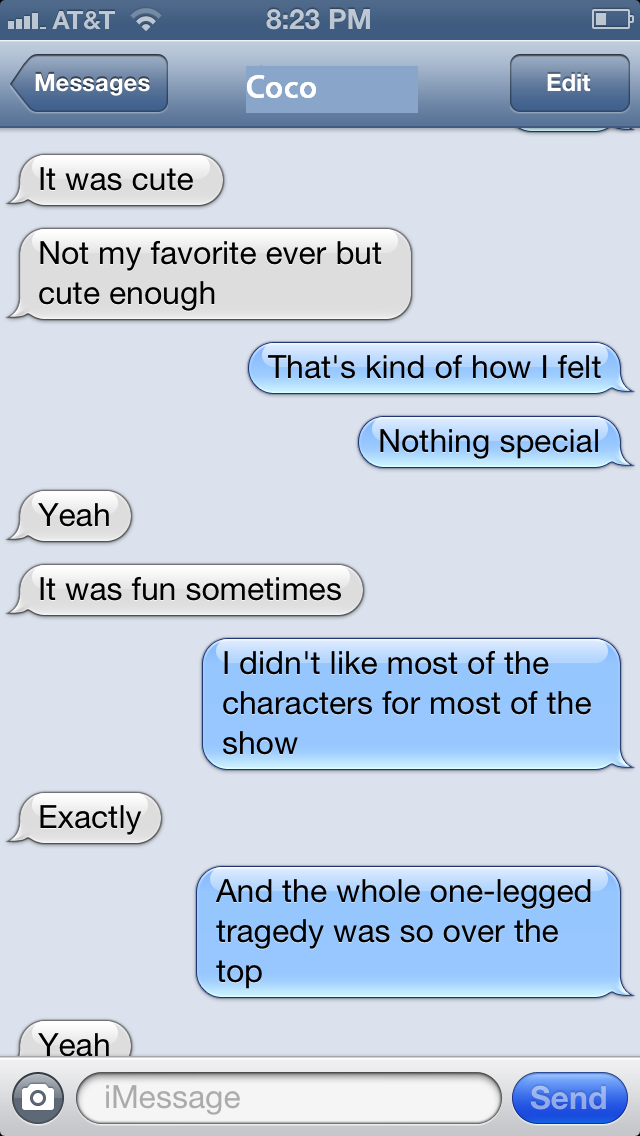 ...And that pretty much sums it up. Even from the first episodes, Coco was way more complimentary than I was, but the show did grow on me. It was a light, fluffy romance, but I wasn't on the edge of my seat for new episodes.

The leads had some cute moments together, but I never felt fully connected to either one of them, and the two second leads mostly drove me crazy by the end of the show. I will say that the title Cunning Single Lady is pretty misleading because it sets up the female as some scheming gold digger, which she isn't. If anything, she becomes a more reasonable and well-rounded person far earlier than her male counterpart did. Even when he liked her, he was so mean to her for so long that I got a little irritated. That being said, the last couple of episodes were excellent. They tied everything together with a giant, fluffy bow.

Conclusions: It's fun enough and cute enough, but it doesn't have much new to offer to the K-drama romcom table.

Where to watch Sly and Single Again/Cunning Single Lady: 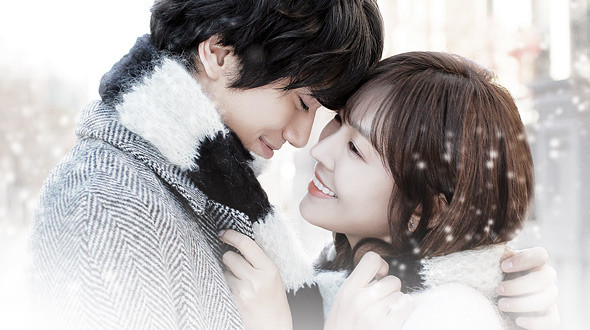 Good things: Sung Joon playing a first male lead who apparently stole all of his moves from second male leads. The office friendship. Side romances.

Not-so-good-things: The female lead had the emotional sense of a used bad-aid. Are those lacking in emotion? Because that's what came to mind first. I love Sung Joon, but watching him tell his love what to do and how to feel for a billion episodes got tiring. It's pretty telling that I enjoyed the scenes where he was doing nice things by himself far more than the scenes where he was actually interacting with the female lead. That's not Kim So Yeon's fault. That's the writer's fault.

Conclusions:   A warm, lightweight romance that works for girls who love second lead types or Sung Joon. For people who watch a lot of dramas, though, the outcome of the entire show might feel so inevitable that it's hard to care about anything that happens in the middle. One look at the poster, and you know where the whole thing is headed.  The central love square just goes through the required motions until they kill enough time to film the finale, which is sad because I might be the only person on the planet who actually liked Tae Yoon until they turned him into a romantic obstacle.

Where to watch I Need Romance 3:
DramaFever
Viki 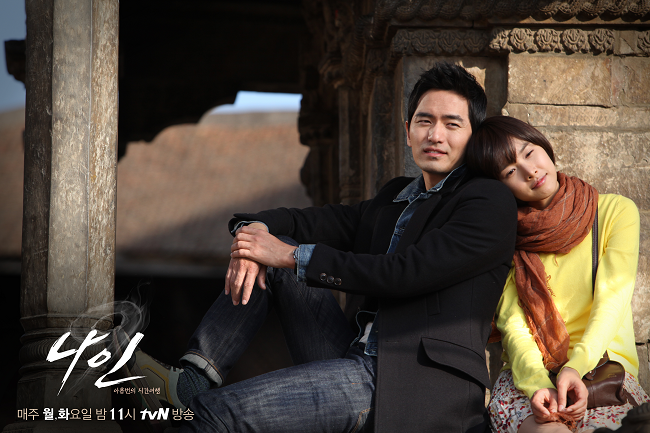 This drama might win for worst title ever (and it's a strong contender for worst female bowl cut ever). It's redundant and weird and didn't make me want to watch the show at all, but I'm happy that Rosie's incessant gushing about this series convinced me to give it a try.

Good things: I'm very, very picky about time travel logic. I don't care about shows where people travel to the future, but any time people travel into the past, I immediately start to ask questions. Most time travel movies just make stuff up and do what they want, and it drives me crazy. (If you want to see a movie that actually treats time travel with respect, see Twelve Monkeys). The good news is that Nine sets many of its own rules, and it actually keeps those rules pretty faithfully. There are a few minor exceptions, but it's the smartest entry into the K-drama time travel genre that I have seen to date.

I also liked how the series set the stakes right away. I'm not saying that the lead couple should be making out onscreen in episode 1 of every series, but it was interesting to see a show start with the relationship and then explore what happens when it is taken away. Sure, the romantic tension wasn't always there, but it was a fresh approach to K-drama romance.

A lot of people hated the conclusion. I didn't. But I will say that "I am the incense!" is one of the most idiotic things I have ever heard. What does that even mean? 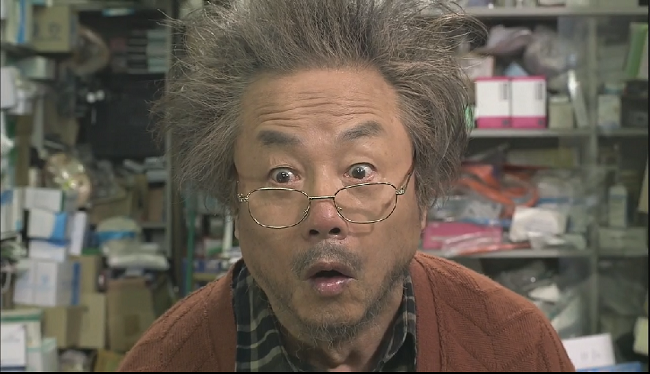 Everyone else was acting their butts off and trying to give us a drama with real emotional weight, and he was doing cartoon surprised faces in the corner. And not multiple different cartoon faces. The same. Freaking. Face. This is why I was't happy to see him reprising a villain role in You Are All Surrounded.

People warned me that it would take about four episodes to get into this show. People were right. I'm so glad I stuck it out because I was bored out of my mind at first, but then I got to enjoy a smart, interesting series.

Conclusions: I watched bits and pieces of this show with five different people who never watch dramas, and they were all intrigued. With good reason. It's some of the best drama writing I have seen.

Where to watch Nine:
DramaFever
Viki