I finally got around to the last episode of King of High School/High School King of Savvy, and as I thought about the review, I kept thinking about it in comparison to Witch's Romance. Because I'm really lazy  the shows are similar (noona romances airing back-to-back on the same network), why not just review them together? 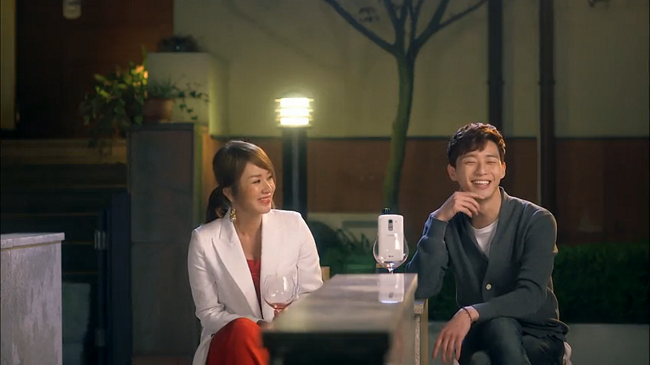 Overview
Ban Ji Yeon (Uhm Jung Hwa) is a single, 39-year-old reporter who her co-workers call a "witch" behind her back. Yoon Dong Ha (Park Seo Joon) is a 25-year-old part-timer with a kind heart and a secret past. When they cross each others' paths, they find mutual love and healing (or something equally corny). 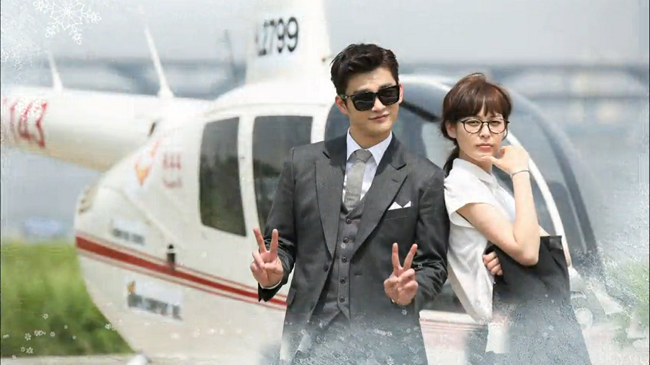 Overview
Lee Min Suk (Seo In Guk) is a high schooler who--for some absurd reasons--has to pretend to be his older brother and play the role of a high-power director. He works with Jung Soo Young (Lee Ha Na), an oddball temporary employee.

We've already talked at length about the age difference in both of these dramas, so I'm actually going to ignore that part and review the other parts of the shows instead, Okay?

Frankly, both of these dramas had stellar male leads. In the case of Witch's Romance, Park Seo Joon was a pleasant revelation. I had never seen him in a drama, and I ended up loving him in this role.(I know I wasn't the only one--just look at the header love at Samsoon Down the Rabbit Hole.) Is it just me, or does he have kind of a Song Joong Ki vibe about him? 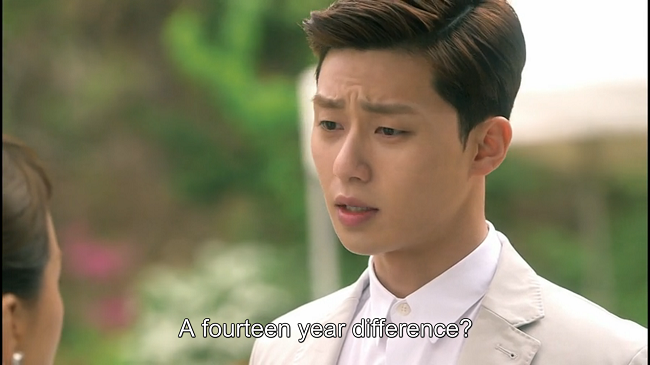 No? Is that just my wishful thinking because Joong Ki still has another year in the military?

In any case, I'm loving the current trend of male leads who act like second male leads. He was kind and caring, and I only wanted to punch him in the face once (I'll gt to that in a minute).

Similarly, King of High School's male lead broke the typical male lead mold. He was a little rough round the edges at first, but he always had a caring heart. Most importantly, Seo In Gook killed this role. He was a convincing 18-year-old, but not in an obnoxious way. As I watched him, I felt like I was watching a complete person, which is a change from the typical one-note chaebol lead. That guy has some acting chops, and I'm excited to see what he does in the future. 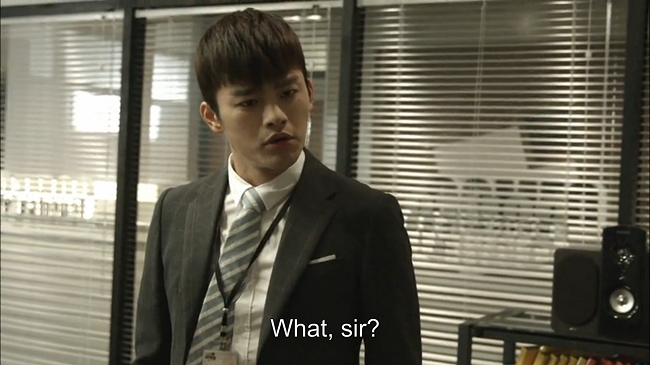 The two female leads are basically complete opposites. Ban Ji Yeon is assertive and pretends to be cold-hearted, while Jung Soo Young is a dorky pushover. Between the two of them, I think I preferred Ban Ji Yeon, although the writers did damped her character towards the end to the point where I felt like she forgot about her personality. Uhm Jung Hwa seemed to have a lot of fun in this role, and that always goes a long way. 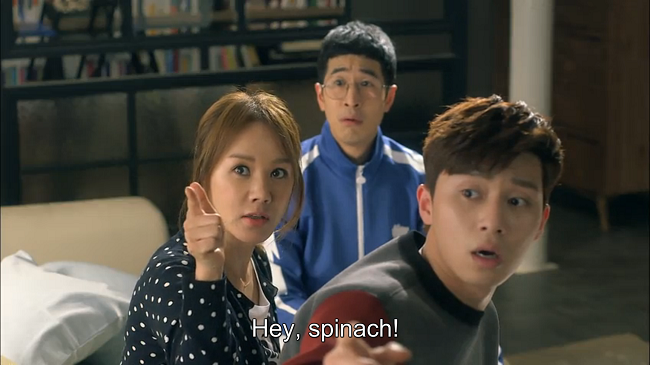 I didn't mind Jung Soo Young's quirkiness for the most part, but I did feel like the writers struck this weird balance between infantilizing her and making her act like a mother figure. It's like they couldn't quite figure out how to navigate the age gap, so they had her oscillate as a way of maintaining balance. I kind of liked that they didn't decide to give her the obligatory makeover and tone down her personality, though I would have liked to see a bit more character development over the course of the series. It's important to note, however, that Witch's Romance was a female-centric story, while King of High School revolved around the male character. I guess you're only allowed to develop one character at a time? 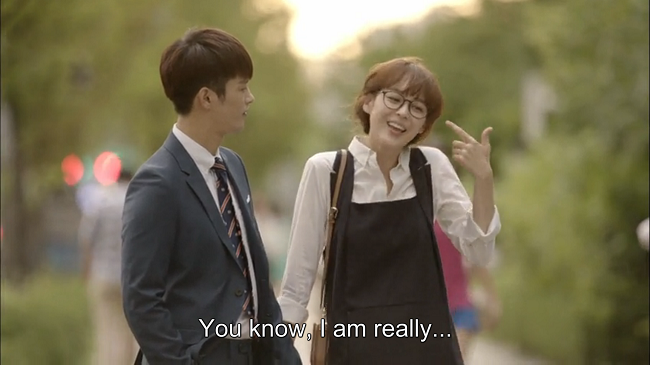 Sadly, I guess you can't have 16 episodes that just revolve around two people falling in love (But whyyyyyyyyyyyyyyyyyyyyyyyyyyyyyyyy?). Instead, they had to toss in a love triangle that was short by K-drama standards, but it felt eternal in the context of this drama. To be blunt, Shi Hoon's character had no depth. What did we know about him as a person? We know that he takes pictures of lions and war and stuff, but what about his personality? Wait, photographing lions isn't actually a personality trait? I guess someone forgot to tell the writers. It's really hard to devote 6+ hours to caring about a cardboard cutout.

The love triangle is just one case where the writers tried to attempt something good (filling 16 episodes with some plot), but executed it poorly. This same problem appeared multiple times throughout the drama, and one of the other most egregious examples has got to be the bedroom scene at the end of episode 2. The purpose of the scene is great. It establishes amazing chemistry between the two leads early in the series, it allows a female character to take the lead in the physical relationship (a rarity in K-dramas), and it also shows that Dong Ha doesn't care about the age difference even from the beginning.

The problem? The one teensy weeeeeeeensy problem? Oh, yeah. She was drunk out of her mind, and he knew it.

First of all, there's the whole issue of consent. He knows that she's doing things she probably wouldn't agree to do sober, and he goes along with it anyway. Second of all, the entire scene flies in the face of Dong Ha's core characterization. He's always harassing his friend for being a womanizer, and then he has a one-night stand with a drunk woman? Let's not forget that he's also still grieving over his dead girlfriend, too. I was pretty torn because the scene had great chemistry, but it also made me a little uncomfortable and made so little logical sense that I actually thought it was a sexytime fakeout like in I Need Romance 3 and Marriage, Not Dating. (Seriously, tvN, stop doing this to us!)

Okay, so let's talk about King of High School. Again, I was much more engaged during the first half of the series. Sure, the whole premise was nonsense (either that, or being a director is a waaaaaaay easier job than I thought), but it moved at a nice pace with delightful characters. Once the couple got together, I found myself fast forwarding or reading my phone during scenes. I guess business machinations just don't interest me very much, especially when you build up an entire series with a mysterious scheming brother, only to resolve his storyline so easily that it might as well never have happened. Why was hyung even there?

This was an enormous strength in King of High School. It wasn't until the very last episode that I realized just how attached I was, not just to the leads, but to almost every side character, as well. From the high school buddies to the coworkers to Min Suk's dad, they all seemed like real people who I grew to love over the course of the series.

There were two main standouts here who I have to mention in particular. The first was gramps, who made me laugh and cry on more than one occasion. The second was Jung Yoo Ah, who just might be my favorite second female lead of all time. She was playing a high schooler, but she handled rejection waaaaaaay better than most second female leads do. I was still able to root for her at the end of the show, unlike some other second female leads-turned-murderers I could name (Trot Lovers, I'm lookin' at you). 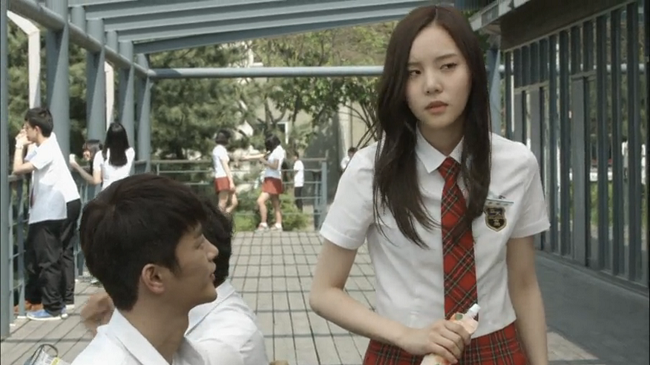 While Witch's Romance had kind of flat side characters in comparison, I adored Ban Ji Yeon's mother and Dong Ha's best friend. I appreciated that Ji Yeon's mother had a life story of her own outside of trying to find her daughter a husband, and every time I see him in a supporting role, Yoon Hyun Min grows on me more and more. 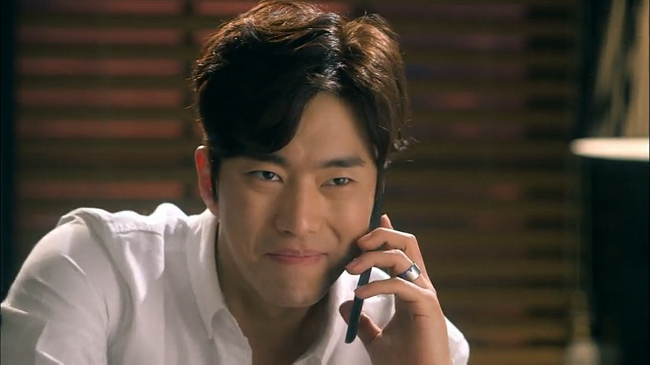 Both dramas were fun to watch at times, and both were incredibly frustrating at times. In both cases, charismatic male leads really pulled the shows together.