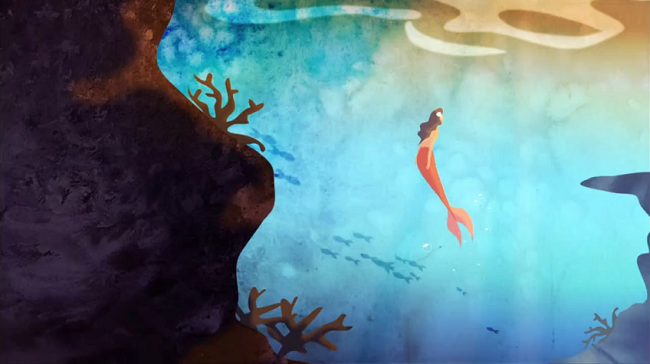 Whoa, it's been an insanely busy month around here. I think I have watched maaaaaybe two episodes of any Kdramas over the last three weeks. the good news is that those two episodes just so happened to be the last episodes of Surplus Princess (The Mermaid), so I can actually write a review!


So, as we know, this is the show that decided to go way, waaaaaaay outside of the typical K-drama box with its premise of a cellphone-toting mermaid who becomes human. The initial show descriptions said that she hates unemployed people, but that turned out not to be true. Instead, she lives with a bunch of unemployed people, and they all try to find jobs together while the mermaid also tries to find true love before she disappears into a bunch of bubbles.

Now, the big thing to know about this series is that it started as a 16-episode series and then got cut down to 10 episodes—immediately after episode 8 aired. It's tough to judge a show properly when 40% of the series got cut off at the last minute, but I'm going to try anyway. 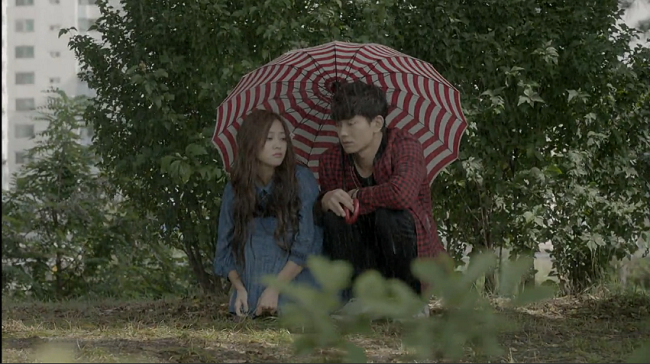 It's really a pity that this show got cut down because it was one of the few shows where I felt like the writers had planned ahead to fill the entire time. All too often, dramas rush ahead with the romance so quickly that they hit episode ten and end up twiddling their thumbs for the next six episodes, tossing in whatever groan-worthy plot twists they possibly can (*cough* Trot Lovers *cough*).

Given the zany first two episodes of this show, I was surprised that it didn't zoom ahead at warp speed. Instead, the early episodes focused really heavily on the group dynamic instead of the central romance, almost to the point where I sometimes felt like I had watched an entire hour where nothing happened at all. It's a pity that as soon as the love triangle really hit its stride, the show ended up getting cut.

What also struck me was the shift in tone. As I said after the first few episodes, one of the things that made the beginning of the show refreshing was the fact that it jumped into the odd premise with both feet, making fun of itself with its over-the-top characters. Now, you can't get people to care about a show full of caricatures, and I was especially relieved when Ha Ni toned down her shrill whine, so I understand why the show eased up on the ridiculousness after a few episodes. Still, though, when you have a show about a mermaid, is spending six episodes straight on a company contest your best bet? If I wanted to watch a show about people giving presentations, I would re-watch all 32 episodes of Queen of Reversals. None of those characters had tails. Surely, surely Surplus Princess had other options. YOU HAD A FREAKING MERMAID!

Still, even with the ongoing unemployment saga, the cast made it fun to watch. I loved all of the inside jokes, and the three leads were well cast. My husband always calls Song Rae Rim "Baby-faced Assassin" because he tends to pop up when someone needs some killin' (like in Gong Yoo's movie The Suspect, which is now on Netflix—eeeeeeeeeeeeeeeeeeeeee!). It was nice to see him as a romantic lead again, although it makes me a little sad that he always gets stuck with these 10-episode shows.

Based on that beautiful opening scene in episode 1, it's clear that the writers had a bigger game plan for this series, and I'm pretty sad that we didn't get to see it all play out. Still, given how little time the writers had to tie everything together, the last two episodes were pretty fun. They hit a lot of sweet spots, and, if anything, the finale left me loving the characters and wanting more. What could have been a train wreck ended fairly cleanly, if quickly. I was irritated that our second female lead was in the picture at all anymore (She doesn't deserve a second chance with Chef!), but it's a minor quibble.

Of course, we have to talk about the closing scene, which left some questions unanswered.


Under normal circumstances, it would feel annoyingly unfinished, but in this case, that closing shot felt like a giant middle finger from the show's producers to the execs who decided to pull the plug early. In that context, it mostly made me laugh and want to give them an awkward fist bump or something. Not that I advocate flipping people off. Of course not!

In the end, I'm sad that this series ended the way it did, and not just for the sake of the drama. Surplus Princess wasn't perfect by any means, but it took a risk by using a premise that wasn't about an amnesiac chaebol or siblings tragically separated at birth who later fall in love as they get revenge on each other. Cutting the series to ten episodes sends the message that trying something new isn't welcome, and that writers should probably stick to reuniting exes in the workplace.

Where to watch Surplus Princess: