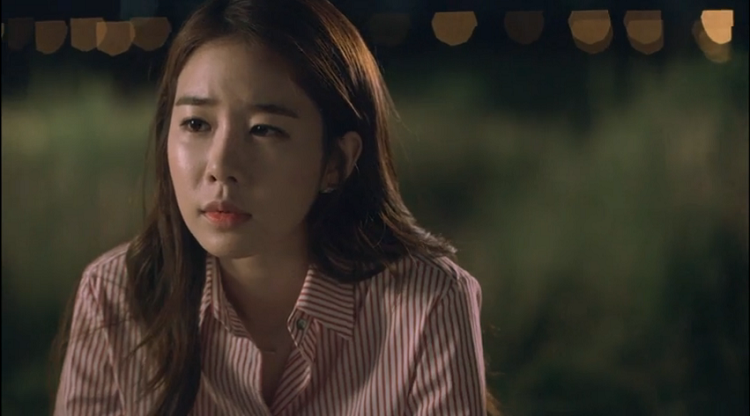 I know you've probably forgotten all about the tracksuit fashion face-off we had because it's been so long, buuuuuut in case you've been dying of curiosity this entire time, Secret Garden's Joo Won won in an absolute slaughter in the battle of trendy tracksuits. I can't say that I'm surprised, but I thought having FOUR tracksuits in Rooftop Prince might put up a better fight.

This time around, I want to talk about women's office wear. K-drama styling often drives me insane. Okay, so I get that the hardworking poor girls have to dress like they picked up an eight-year-old boy's hand-me-downs because it will make the inevitable makeover that much more effective, but there are women in dramaland who have real, actual jobs, and their styling often goes to extremes.


In my observations, the styling for female leads in the professional world tends to fall into a few categories:

1. The Dorky Slobs. Their shirts are never tucked in, they have weird mullet-y ponytails going on, and they wear the largest glasses humanly possible just in case anyone missed the memo that THEY AREN'T COOL. We get it. 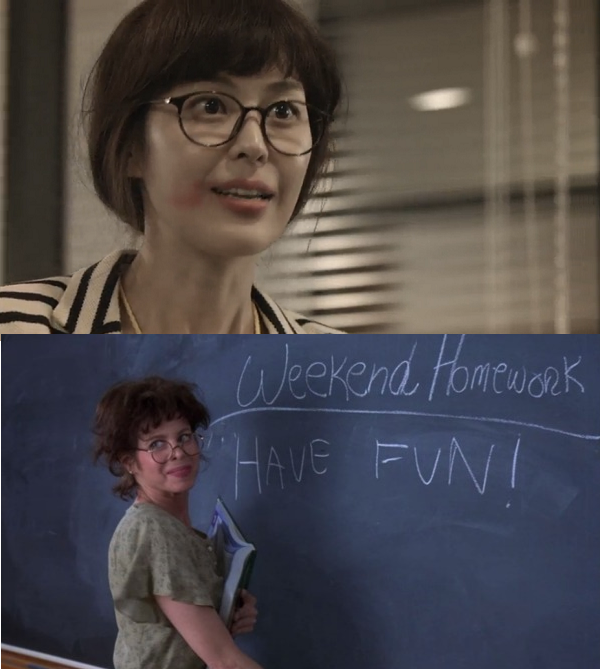 Prime examples: King of High School, Scent of a Woman


2. The Serious Girls.  Next, you have the girls who just want to be taken seriously. This, in the drama world, means wearing dark suits. And only dark suits. Then they get androgynous bowl cuts to go with said black suits. Because bowl cuts = respect. 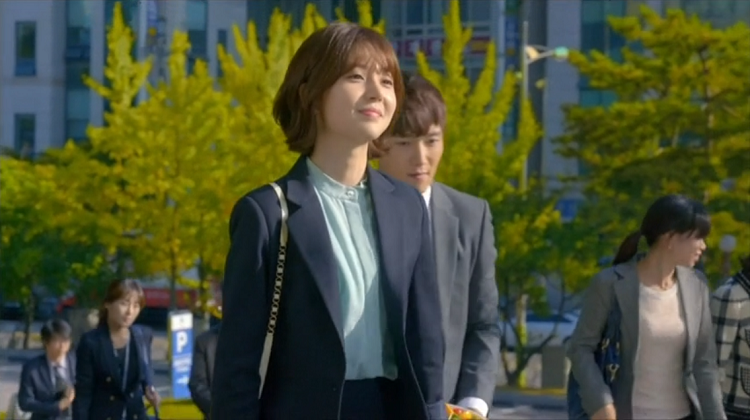 
3. Power-hungry Monsters. Powerful women are scary! And can't control their need to accessorize! It seems like the more competitive the female lead becomes in the business world, the more over-the-top her outfits get. Fur trim, sequins, rhinestones--you name it. If she can buy it, she will wear it. 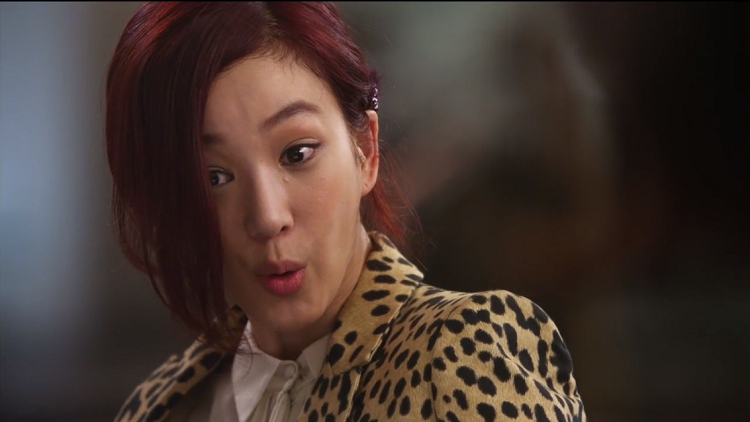 Prime examples: History of a Salaryman, Queen of Reversals

What strikes me as odd in all of this is that it's not like there are no normal, classy, professional outfits in K-dramas. In fact, they're all over the place, but for some reason, office-appropriate clothing is usually reserved for the villains. Want to wear a tailored pantsuit? Well, you'd better get ready to murder some people because that's second female lead territory right there.

But there's hope! Recently, some female leads have actually been allowed to look--gasp--stylish and professional as they go to work! Let's celebrate these fashion-forward females with a face-off:

Contender 1: Yoo In Na as Nam Sang Hyo in My Secret Hotel 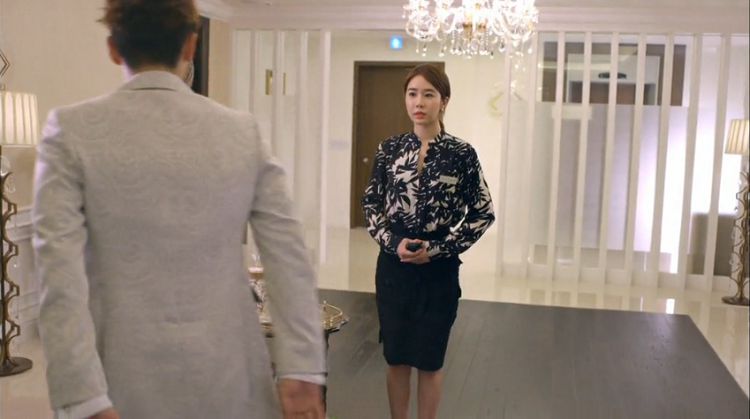 I gasped when she first came on the screen. It's something people might actually wear to work in real life! It probably doesn't hurt that Yoo In Na hosts a beauty show, so she had a reputation to maintain.

Contender 2: Yoo In Na in My Secret Hotel 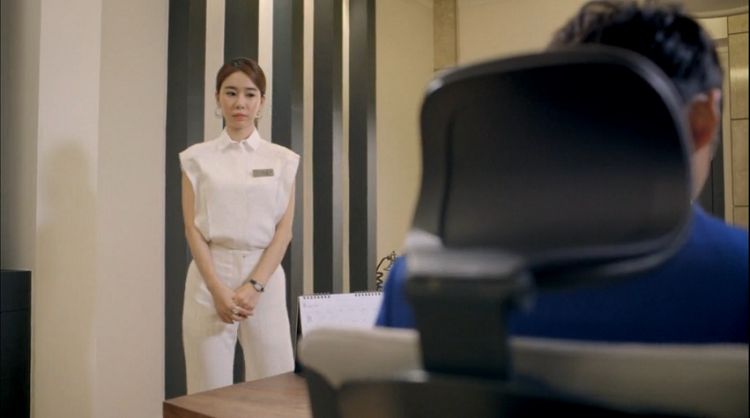 This white-on-white ensemble is gorgeous. Given my own habits of dropping half of my food on my lap, I would never dare to wear white pants, but she's a fancy lady at a fancy hotel, so she does what she wants!

Contender 3: Yoo In Na in My Secret Hotel 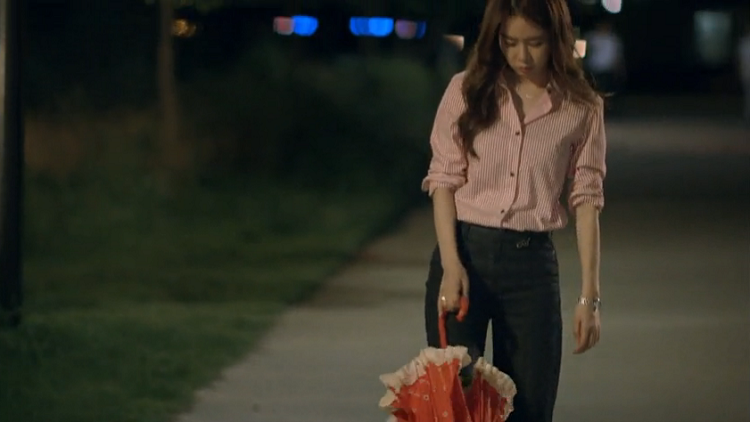 It's shockingly normal. Pants and a blouse. Who knew that was so hard?

Contender 4: Yoo In Na in My Secret Hotel 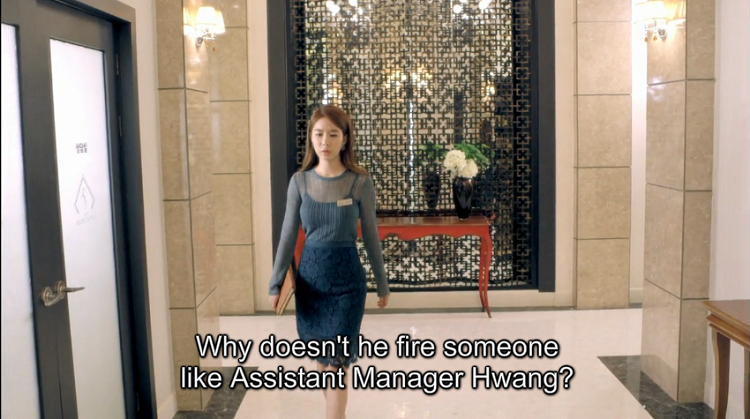 If I owned this lace skirt, I might never take it off. Seriously.

Now that you've seen the worthy challengers, it's time to vote! Who do you choose as the queen of work wear?


Okay, okay, I know that My Secret Hotel wasn't the only drama with normal female office clothing, but it was the first and only one where I have literally clapped at my screen upon seeing an outfit, so that's got to count for something.

Sadly, as much as I enjoyed the styling and the first few episodes of this series, I dropped it around episode 10. As I said when I started watching the show, I appreciated that it was a reconciliation drama where they had regret and longing, but they weren't complete jerks to each other. Unfortunately, I felt like Hae Young gradually got worse and worse in this regard until almost all of his scenes involved him shouting "Nam Sang Hyo!" and dragging her around. The whole thing just got sluggish after a while, and when I went out of town and missed a couple of episodes, I didn't have the energy to keep watching.