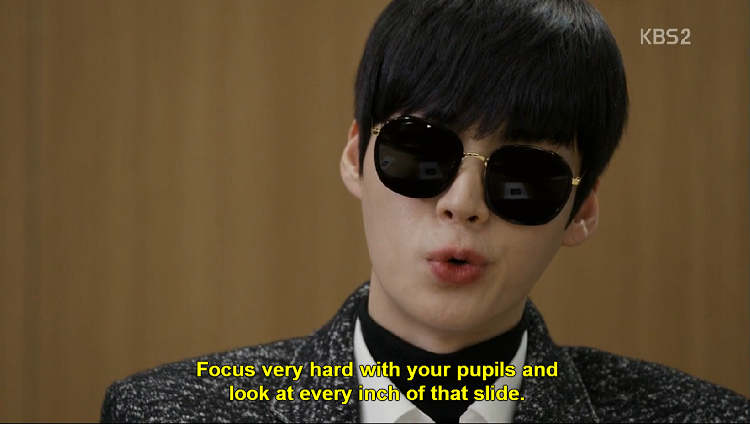 About a year and a half ago, I wrote about some of the odd advertising choices I saw for upcoming K-dramas. Well, I don't know if there's something in the water at Korean advertising offices or what, but I have seen enough questionable posters recently that I thought the topic was worth revisiting. Here are some of the best (and by best, I mean worst) recent examples:

What it's actually about: A handsome young doctor seems like he has it all—too bad he's actually a VAMPIRE.

If you want to sell your vampire show, you probably don't need to make it look more angsty than it already is. Did Vampire Prosecutor teach you nothing? Also, it's a pretty bad sign in the romance department when your male lead has more chemistry with himself than with his leading lady.


This poster wouldn't be on the list, except it's very obviously the Pieta—you know, where the Virgin Mary holds the dead body of her son, Jesus. Even if the religious reference isn't weird, the whole mother/son thing still is.

What it should be about: A nun becomes pregnant after an unexpected clandestine night of passion. Imagine her surprise when she gives birth to an adult man who acts like a baby, Benjamin Button style! With the help of a sassy guardian angel, she tries to figure out what she's supposed to do (cue awkward attempt at breastfeeding).

What it's actually about: Kang Ho Gu is kind of a pushover, and he's always been unlucky in love. When the girl of his dreams re-enters his life, things get complicated really fast. (Spoiler alert—there's still a baby!)


What it should be about: A tomboyish hockey player can't stand the thought of going to her five-year school reunion alone, so she hires a high-paid gigolo to pretend to be her boyfriend. As with all fake romance, they fall in love. The trusty school secretary helps.

What it's actually about: A high school student pretends to be his older brother, who just took a big job at a major company and then disappeared.

I think my premise is more plausible. Also, can she please not have her head in his crotch?


What it should be about: A pair of grifters move to a small town and start an elaborate money-making scheme involving a disco skating business (because why else would Park Seo Joon ever wear that shirt?). What the con artists didn't expect was that the townspeople would worm their way into their cynical hearts.

What it's actually about: A woman and a man want to date, but she's 14 years older than he is! (Gasp!)


What it should be about: Oh, cool, it's The Night Watchman's Journal!

What it's actually about: Wait, it's not The Night Watchman's Journal?


I'm not kidding when I say that I clicked on the poster for the wrong show while trying to find images for this post.

What other terrible posters have you seen lately? Or am I totally off and these posters are awesome?