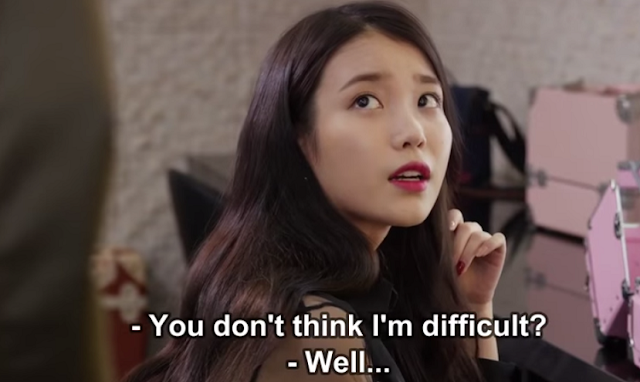 “When a man gives his opinion, he's a man. When a woman gives her opinion, she's a bitch.”
― Bette Davis

I was scrolling through reviews for Producer (haven't gotten around to watching it yet, so don't ask my opinion), and I noticed a trend:

Which reminded me of these kinds of reviews on Divorce Lawyer in Love:

"That girl should b fired"
"I don't like the lead actress. She is coming on too strong and annoying."
"Can't stand the lead female part. Having trouble making it through ep. 2. Her character doesn't seem to be getting any better."

I guess my main beef with these kinds of complaints isn't that people dislike the characters; it's that complaints about "selfish," "annoying," or "too strong" personalities seem to be leveraged against female characters to a disproportionate degree. 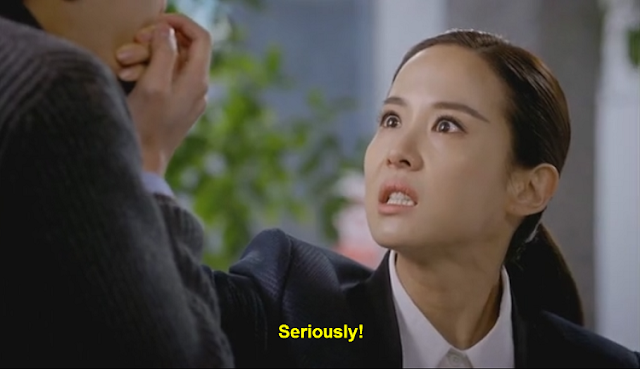 Pretty much all of the negative reviews I just cited came within the first 2 or 3 episodes of the series—you know, the part where they're still establishing personalities and setting the scene for the rest of the drama. That's why I find it odd that someone would complain about the female lead not getting better fast enough before the typical 2-episode drama intro is even finished. Why would she be getting "better" before we've even started? Isn't that what the other 16 episodes are for?

Consider, for example, this scenario: Within two episodes, the lead character has physically pushed women onto the ground and into life-threatening situations not once, but twice. Neither woman actually died, but this character had no way of knowing that was true when making the choice to push them.

Pretty "unlikable" and "annoying," right? Nope. If it's Hyun Bin, all you care about his whether you like his hairstyle or how cute his dimples are.

So why is it that Hyun Bin basically gets a free pass, but people totally write off Jo Yeo Jung's character for a much lesser offense?

I had a similar thought with the much-maligned female lead in Discovery of Romance. Back when everyone was saying "Why would a nice, handsome doctor like Nam Ha Jin want a horrible, selfish monster like Han Yeo Reum," I was actually thinking the opposite. Why would a smart, accomplished, fun-loving woman like her want a boring wet blanket of a man who keeps seeing another woman in secret against her wishes? I mean, really now.

I have a couple of theories on this. The first is that we're so used to seeing male leads as rich jerks who gradually change that we're trained to accept and even expect churlish behavior in the first few episodes. The vast majority of female leads, however, are unwaveringly nice and selfless, so when we see them acting in mean or rude ways, we forget that they'll probably learn and grow over the course of the series.

Perhaps for female audiences, if you're identifying with the female lead, you want her to be someone for whom you can cheer from the very beginning. If you're fantasizing about how you could reform the wealthy bad boy with your sweetness, you don't want to imagine yourself being the jerk. It ruins the whole illusion.

Then, of course, we can't ignore the oppa factor. I think there's a definite subset of K-drama fans who just like to look at handsome faces and don't really care about character development. Oppa can be a serial killer, but if he has chocolate abs, he's automatically ranked higher than all of the women in the series.

Well, whatever the case is, here's my response: I'm tired of well-behaved, constantly kindhearted, docile women. I'm tired of hearing viewers clamoring for "sassy" female leads, but then seeing those same leads written off the first time they exhibit actual human weaknesses like selfishness or anger. I'm tired of doe-eyed sweethearts who would never hurt a flea. Give me some interesting, flawed women! 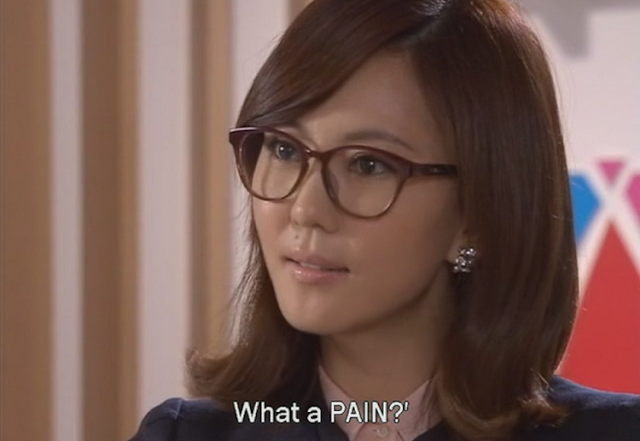 Guess what? Not all women are nice all the time. *Gasp!* And that means that if you care about character development, every once in a while you're going to have female characters who are self-centered in episode 1 instead of working 7 jobs and giving all of their hard-earned money to homeless cats or something. That's how you create a satisfying character arc.

Now, there are some ways that creating flawed characters can go wrong, but I think the rule applies equally for male and female characters. Audience members have to be able to connect to the characters, or there's no reason to keep on watching. This means that you can't write mean characters who are also boring. Why would we want to stick around to see them change if we don't even care what's happening to them? I get that sometimes, it's not so much that the characters are flawed as that they just aren't very interesting to watch, and that's a fair critique.

In addition to making characters we want to watch, dramas also have to be careful not to draw the unlikability out indefinitely. If the whole point is to watch characters learning and progressing, you can't spend 14 episodes on how terrible they are and expect people to feel satisfied with the end result. My classic example of this is You're Beautiful. I have been pretty vocal about my dislike for that drama, and a lot of it revolved around Tae Kyung's lack of progression. Yeah, he sorta got better, but he was so unbearable for so long, even after he confessed his feelings to, Go Mi Nyu, that being kind of nice for a little while didn't really cut it for me.

I know I already brought up Discovery of Romance in defense of the female lead, but I actually came pretty close to dropping the whole series after about 8 episodes. It wasn't just Yeo Reum who was the problem, though; at that point, Eric was the only one in the entire cast who appeared to be making progress, which got tiresome. Fortunately, we started digging into the back stories a little more thoroughly after that, so it got better.

I will also say that sometimes characters do such terrible things at first that it's hard to root for them at all, regardless of what they do later. This response varies from viewer to viewer, but for me, the list of generally unforgivable flaws goes something like this:

I had to stop watching Bride of the Century when the male lead pinned the female lead in a bed against her will in order to intimidate her, and then two scenes later, she was gazing at him with lovelorn eyes. It was just too much for me to handle. On the other hand, I don't think having a bad hair day counts as an unpardonable offense.

I guess all I'm saying is that I get tired of the double standard on K-drama leads. If you don't like certain types of characters, that's fine; just make sure you don't like it across the board, regardless of gender. I, for one, find it refreshing when I see K-drama women who aren't just "sassy" sweethearts waiting around to be domesticated, but rather multi-dimensional women with character arcs of their own.

To all of the "unlikable," "annoying," "too strong," "hard nosed" female leads out there:

Even if everyone else hates you, I'm on your side. Fighting!