New Drama Alert: Oh My Ghostess and The Time I Loved You 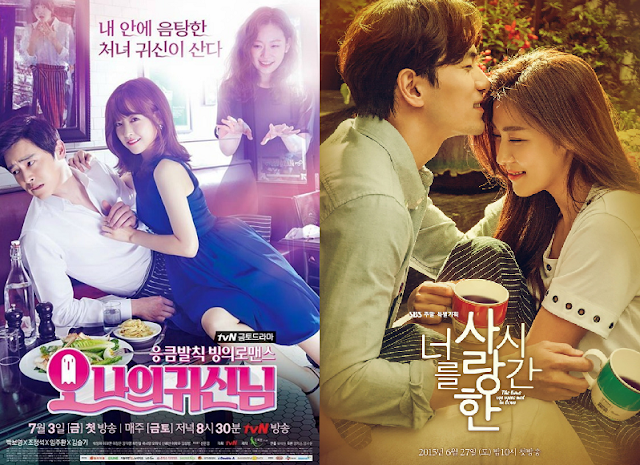 I am a solar-powered person, which means that anything and everything related to summer is automatically my favorite. As a result, I also love the light, breezy dramas that generally come out during the summer months.

Coco and I have a slight Mask obsession right now (so ridiculous, but so, so cracktastic), so I only have so many other dramas I can watch in between trying to enjoy as much sunlight as I possibly can before winter sneaks up on me again. Right now, the two options are Oh My Ghostess and The Time I Loved You, but I only have time to watch one. Which will it be? 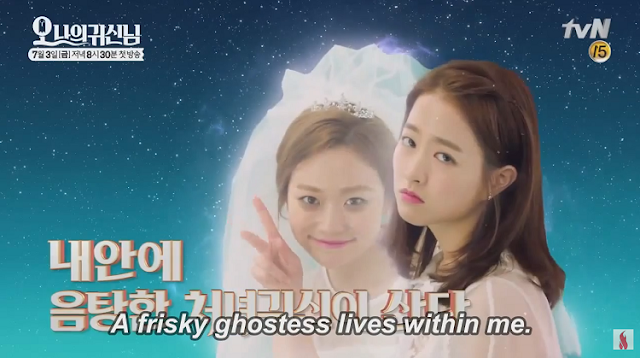 Premise: A shy, painfully timid kitchen assistant (Park Bo Young) has a crush on her boss, a star chef (Jo Jung Suk). She can't bring herself to act on her feelings, but one day, she is possessed by the ghost of a virgin spirit (Kim Seul Gi) who is determined to get laid so she can peacefully pass on to the afterlife.

Thoughts so far: If I believed in inserting emoji into blog posts, I would insert a face with hearts for eyes right now because that's how I feel about this drama. It's not exactly what I expected, but it's the drama I didn't even know I wanted until I saw it.

First of all, I already loved Park Bo Young and Kim Seul Gi on their own, but watching Park Bo Young pretend to be possessed by Kim Seul Gi is just another level entirely. She's putting in a jaw-dropping performance so far, and I love how easily she switches from one character to the next.

Park Bo Young is the obvious standout, but the rest of the cast is equally talented. I've had a soft spot for Jo Jung Suk since he made me cry my face off in King 2 Hearts, and he suits this character well. Im Ju Hwan is pure perfection as the sweet guy with a potentially chilling side.

As I said, this drama hasn't been exactly what I expected so far. It took a while to establish the characters, and while I expected the outrageously funny scenes (of which there are many), I didn't expect the poignantly emotional side to the drama. In many ways, this is a drama about longing, and nearly all of the characters, even the minor ones, are fighting their own battles against loneliness and loss. There's a beauty in that thread of longing that connects all of the characters, and I look forward to seeing how (or if) they can fill that emotional gap for each other.

My biggest concern at first was that Soo Ae would continue to possess Bong Sun and that the ghost's growth would come at the expense of her host (also—it's not okay to use someone else's body to have sex against her will, right?!?!?), which is why I waited for a few episodes to post my initial thoughts. Now that we know Bong Sun is back, I'm excited to see both female leads progressing together. Now if only Friday would get here faster so I could see the next episode....

Where to watch:
DramaFever

The Time I Loved You 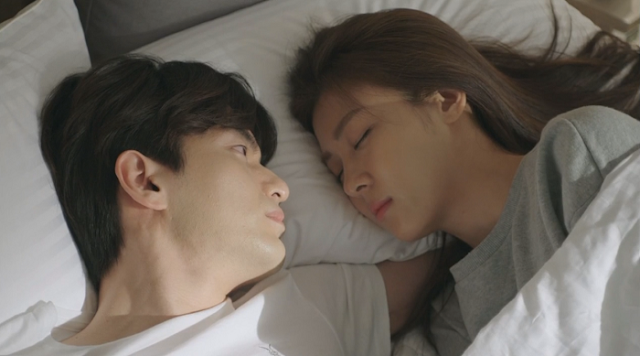 Premise: This is a Korean remake of the Taiwanese drama In Time with You, which just so happens to be the only Taiwanese drama I've actually seen. The series follows two best friends (played by Ha Ji Won and Lee Jin Wook) who gradually begin to recognize their romantic feelings for each other after being friends for 17 years.

Thoughts so far: It's difficult to talk about this version without comparing it to the Taiwanese version, so I'm not even going to try.

I enjoyed the first four episodes just fine, and and yet...I just don't feel that excitement to watch new episodes.

I'm having a hard time pinning down why this series just isn't doing anything for me. I'm very much a fan of both slice-of-life dramas and best-friends-fall-in-love dramas, so the fact that isn't exactly action packed doesn't bother me in the least. I also like Ha Ji Won just fine and really like Lee Jin Wook (especially when he has so many chances to give longing glances), so it's not necessarily an acting problem. As far as comparisons to In Time with You go, I'm not someone who insists that remakes should be identical, and while I enjoyed the callbacks to scenes from the original, I also appreciate that they're trying to do their own thing.

I guess the thing I'm missing between the Taiwanese version and the Korean version is a feeling of authenticity. As I said, I love slice-of-life dramas, but somehow The Time I Loved You feels too slick to give that comfortable feeling required to make a slice-of-life drama work. I constantly have the underlying feeling that somehow the writer (who apparently just got swapped out for a new team) was trying to take the Taiwanese story and mold it into our K-drama comfort zone. The result is that things that worked and felt natural in the Taiwanese version feel forced or ridiculous here. Sure, I wanted Da Ren to just confess his feelings way earlier than he did, but I understood why, given his personality, he couldn't bring himself to be honest, whereas I constantly find myself thinking, "That's it? Isn't there a birth secret or a dead best friend keeping them apart?" in response to Choi Won.

The perfect example of the slickness in The Time I Loved You is the treatment of L's character, Ha Na's young, flirtatious coworker.  (Spoiler alert) In the Taiwanese version, Nic was a gay young man using his female coworkers to help him move up the corporate ladder. L, on the other hand, was only using Ha Na because his family desperately needed money, and his final scene hints that he had real, true feelings for Ha Na. Of course he did. Because adorable little L couldn't do something hurtful and selfish without a big, tragic backstory to go with it.

Even as I give these critiques, I want to reiterate that I enjoyed the drama just fine, I love the beautiful look of the drama (and its fantastic wardrobe choices), and I can see how it would be a light series to watch. I'm just bowing out. If I don't feel compelled to keep watching now, what are the odds that I'll ever get past episode 13, when everything inevitably gets extra angsty and ridiculous?