When Cheer Up! (aka Sassy Go Go) began, I was already prepared to give my heart to it, as long as it was the sweet, lighthearted school series it promised to be.

Well, it wasn't exactly what I expected from the trailers, but what I can say is that this series was an incredibly pleasant surprise, and it completely won over my heart even more than I anticipated.

Just how much do I love it? Enough to overcome my recent blogging laziness to gush over it the same day it ended. Now that's true love.


What it's about: Kang Yeon Doo (Jung Eun Ji) is the leader of her school's dance team, a ragtag group of outcasts who rank at the bottom of the academic barrel. Kim Yeol (Lee Won Geun) is the number one student at school, and he leads the "cheerleading club," which is really a study group for the top 5%, both academically and financially. The two eventually find themselves forced to mesh their two teams into one. Can they make it work?

Why I'm so in love

Well-written high school dramas manage to capture that feeling of being 16 or 17. That's what Cheer Up! did for me. It's been a long time since I was in high school, and my high school was pretty much nothing like Sevit High (thank heavens!), but as I watched, the characters transported me back to my own experiences in a sweetly nostalgic way.

The most obvious example is the handling of the romance. I will admit that it took me a few episodes to get a handle on Yeol's character because the idea that a K-drama character would actually flirt instead of being a rude and coldhearted was so incredibly foreign to me.

But that's exactly how teenagers fall in love in real life. This drama showcased one of the most natural and comfortable K-drama romances I've seen in a long time. In dramas of all genres, I often find myself wondering how these people went from accidentally falling onto each other's lips to being willing to die for each other. I also wonder if they'll actually enjoy being around each other once they no longer have to defend their love.

Cheer Up was completely different. Sure, the leads accidentally fell onto each other a couple of times, but overall, their relationship progressed the way real relationships do. They became friends, flirted, and gradually developed feelings for each other. There was no pretending to hate each other. There was no noble idiocy. When they liked each other, they said it. When they wanted to hold hands, they did. And when they thought about each other, they burst into the giddiest eye smiles I've ever seen.


I saw some commentary from people saying they didn't know how much Yeon Doo liked Yeol because she hadn't expressed her feelings out loud, but I actually appreciated that their feelings were so obvious through the little details that we didn't need the screenwriter to tell us how they felt in the overt ways they do in other dramas.

Instead of having Yeon Doo clutching her chest and asking the camera "Why is my heart beating so fast? Do I like him?" we saw her feelings in other ways. When I saw her grinning from ear to ear on the phone with Yeol, I didn't need to hear her feelings out loud because it was spelled all over her face.

I guess that's what made the drama fun for me — not only did the characters act in line with their personalities, but they also acted true to their age. Whenever they did something that I remember doing, it created the kind of connection that I don't generally feel with your typical chaebol/Candy stories.

I don't know what it feels like to end up in a fake marriage while running away from loan sharks (shocking, I know), but I do remember when the boy I liked put a Valentine's note in my locker and I walked around the rest of the day with a dopey smile on my face. I'm a little suspicious that a Post-It company was sponsoring the whole show, but I don't even care because asking Yeon Doo to the movies with a sticky note was exactly what Yeol would do.

The romance was so cute that there was at least one squee-dorable scene in every episode, but there were a lot of other things going for this series, as well. The show was populated with a full cast of characters, all of whom had their own stories. Ultimately, it's a series just as much about friendship as it is about love, and it didn't disappoint on the friendship front. 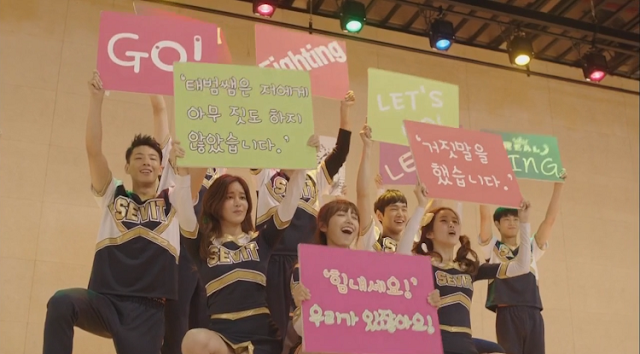 Nearly every episode spotlighted a different set of characters, helping us see their joys and struggle. I admit that it might have been overly ambitious to tackle so many serious character arcs in a 12-episode series, but they still managed to make me care about an awful lot of people for so few episodes. It's impressive that I was so invested in Teacher Yang when he only really took center stage for one episode. But they managed it somehow, and I might have shed a tear or two over the empathetic educator. Or three. 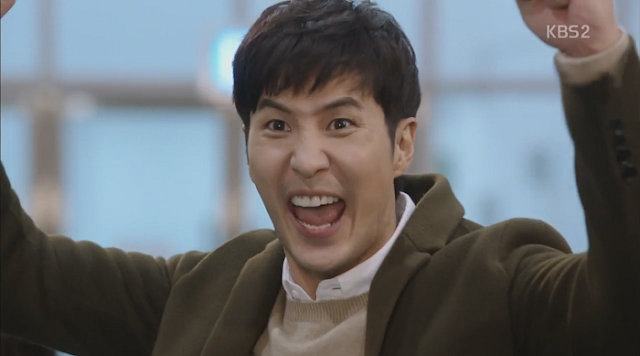 If there was ever a series that could have filled 16 episodes, this was it. Still, considering how many balls the show tried to juggle in such a short time, it was pretty smart with the pacing. I certainly never felt bored, and I found myself wishing that more shows would try the shorter format to cut all of the filler scenes that I didn't really miss.

Of course, there's also a downside to fewer episodes. For a straightforward romance (like Ex-Girlfriend's Club, for example), it's easy to wrap everything up in a shorter time. Cheer Up tried to do so much that they definitely had to rush some of the resolutions a bit. For how much time Soo Ah spent being a villain, her turnaround was pretty fast, and I almost wish they had left Dong Jae out of the series entirely since they barely skimmed the surface of his character.

I know that Soo Ah's handling upset a lot of people, but even though I thought it was resolved really fast, I don't mind how it all fell out in the end. Yes, Soo Ah was terrible, but she was never an outright villain. Instead, she always seemed to be lashing out in desperation. Does that excuse her actions? No. But I think there's a difference between being forgiving and justifying bad behavior, and I always felt like the show recognized when Soo Ah crossed the line, even when her friends graciously extended the hand of friendship.

In the end, I felt like the series took Teacher Yang's approach to Soo Ah: He told her straight out that having a hard time didn't make her behavior okay, and yet he was always there to offer a helping hand when she wanted to turn around.

In spite of some quick fixes and underdeveloped characters, I was genuinely surprised that the series managed to give us so much resolution at the end, even if it was a bit rushed. With every passing episode, I grew increasingly convinced that the finale would be a hodgepodge, unsatisfying, open-ended mess, and yet I finished the show feeling pleased overall. I would rather have a series that moves fast and quickly checks off a bunch of boxes in the last episode than one that drags on episode after episode and still doesn't manage to wrap up its story.

Driven by winning performances from Eunji and Lee Won Geun, Cheer Up is a surprisingly well written, heartfelt series that captures both the enthusiasm and the heartache of youth. If the fluffy teasers didn't seem up your alley, it's still worth giving a try — it very well may surprise you. 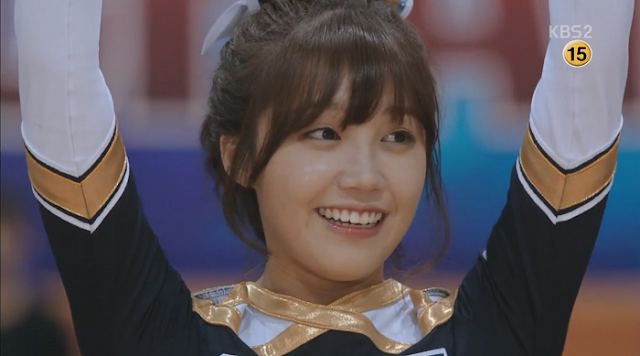