New K-drama Alert: 20th Century Boy and Girl, Because This Is My First Life, Go Back Couple, and Revolutionary Love Reviews 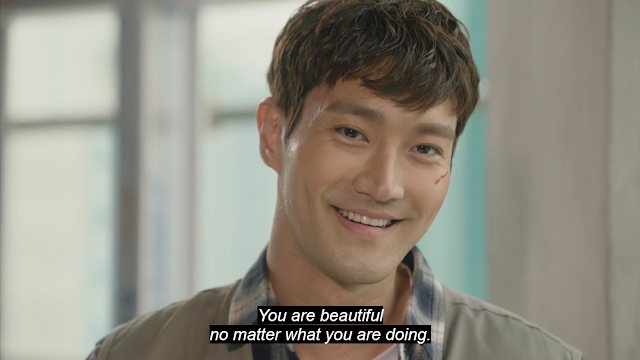 Ok, remember that K-drama slump that went on (and onnnn and onnnnnn)? I know I've cried wolf on this before, but this time I think I really, truly might have at least one K-drama from the currently airing shows that I'll be able to enjoy from start to finish!

I tried the first few episodes of four shows so far: 20th Century Boy and Girl, Because This Is My First Life, Go Back Couple, and Revolutionary Love. As it turns out, some of the ones I anticipated the most aren't as great as I had hoped, but some dark horses ended up being pleasantly surprising! Let's review.

What I like so far: Out of all the premieres I checked, 20th Century Boy and Girl has the richest world of side characters by far. I was surprised in the first few episodes to see that even the people who seemed like annoying stock characters at first glance (like Jin Jin's manager) actually had their own backstories and depth. It makes for a much more contemplative, slice-of-life feel than I originally anticipated, and I like it.

After Age of Youth 2 ended, I also love that I have another show anchored in strong female friendship. I confess that I'm much more engaged in the scenes between Jin Jin and her BFFs than pretty much anything else on this drama at this point.

What I don't love so far: One of the big pulls of this show for me was seeing Kim Ji Suk finally take a lead role after playing second (or third or fourth) fiddle for so long. He's definitely got charisma in spades and I like how sweet his character seems, but I can't help but feel like the romance plot is kind of dull in comparison to everything else.

I was obsessed with this series after week one, but week two left me wondering if there's going to be enough plot to spread over the course of the series without getting into heavy melo angst. My we-ran-out-of-plot-and-need-noble-idiocy sensor is going off, and it makes me nervous. Please, please prove me wrong.

Where to watch 20th Century Boy and Girl:
Viki (Viki Pass Plus only)
Kocowa

Because This Is My First Life

What it's about: Yoon Ji Ho (Jung So Min) needs a place to stay. Nam Se Hee (Lee Min Ki) needs a tenant. Through a series of misunderstandings, they end up as roommates.

What I like so far: #1: That beautiful, fluffy kitty whose fur I want to snuggle my face in.

#2: Pretty much everything else.

I had no expectations at all for this drama, but its unique blend of quirky and realistic is winning me over in a big way. It's an adult drama that doesn't clutch its pearls over serious topics like sex and workplace harassment, and yet its lead characters are so delightfully odd that it never feels overly heavy. I also love that we're starting with a couple that doesn't hate each other, but rather appreciates how they complement each other.

What I don't love so far: I like Lee Min Ki's awkward character, but thus far into the series, I can't quite wrap my head around how he's going to transition into romance. I keep trying to imagine what a romantic scene might look like and sort of cringing inside. But with so much other stuff to like, I'm not too concerned at how it will all unfold.

Where to watch Because This Is My first Life:
Viki (Viki Pass only)

What it's about: Ma Jin Joo (Jang Nara) and Choi Ban Do (Son Ho Jun) are a recently divorced. On the day they sign the divorce papers, they suddenly find themselves transported back to their college days in the '90s, before they ever started dating.

What I like so far: Don't mind me—I'll just be ugly crying over here in the corner. Honestly, I was on the fence if I would even try this show. Jang Nara is a decent actress, but her cutesy characters drive me up the wall, and Son Ho Jun is in decidedly ehhhh territory for me.

But wow. Those first two episodes packed way more emotional punch than I expected. The scene where Jang Nara saw her mom again had me alternately sobbing and guffawing (and hideously snorting in transition between the two). Now I'm convinced that these two were the perfect picks for the casting, and I'm wayyyyy too antsy waiting for new episodes to come out.

What I don't love so far: The fat shaming. Ban Do's terrible friends (and that terrible fake muscle suit). Ban Do isn't exactly Prince Charming at this point, but I think the first week gave us enough redeeming hints (like when he was fawning over his child's photos) to show that he'll learn and grow with time.

Where to watch Go Back Couple:
DramaFever
Kocowa

What it's about: Chaebol heir Byun Hyuk (Choi Siwon) gets mistaken for a part-timer by hardworking Baek Joon (Kang Sora). They form an unlikely friendship.

What I don't love so far: *Sob* This was the show I was waiting for, but it's just. so. cliche. Every character and every interaction is ramped up to 11, and it's like they just stitched together dialogue from a bunch of other dramas to make this. Where's the surprise? Where's the emotion?

I'm also kind of worried that they'll make Gong Myung's character into a resentful villain, but maybe that's my recent Falling in Love with Soon Jung PTSD talking. I'd love to trade out disappointing brooding for bromance!

On the upside, there is a kind of Shopping King Louie vibe to Siwon's puppylike character, and I always love a male lead who isn't a jerk. Plus, Kang Sora was one of the only bearable things about the otherwise nearly unbearable Warm and Cozy, so I know she's up for a challenge. I'll give it another week and see if it can spark my interest a little more.

Where to watch Revolutionary Love:
DramaFever

Which premieres did you watch?

Anything I missed? Which dramas disappointed you? Any that caught your eye?