Confession:  I stopped watching Cheongdamdong Alice around episode 11, so maybe my opinion on this one isn't entirely valid.  As we've already established, though, just because I didn't finish doesn't necessarily mean that the whole thing was a train wreck.  Here are a few brief thoughts on the whole thing:

I was drawn to this drama because it showed up on Netflix, but then I stayed for the premise.  The optimistic "Candy girl" (*see the explanation below) who cheerfully works hard under any circumstances is a kdrama staple, and Cheongdamdong Alice was a refreshing twist on the formula.  It finally asked the very real question of "What happens to Candy girls when things don't get better?"  What happens when cheerfulness and optimism only yield more trouble and pain?  At what point does Candy stop being Candy? 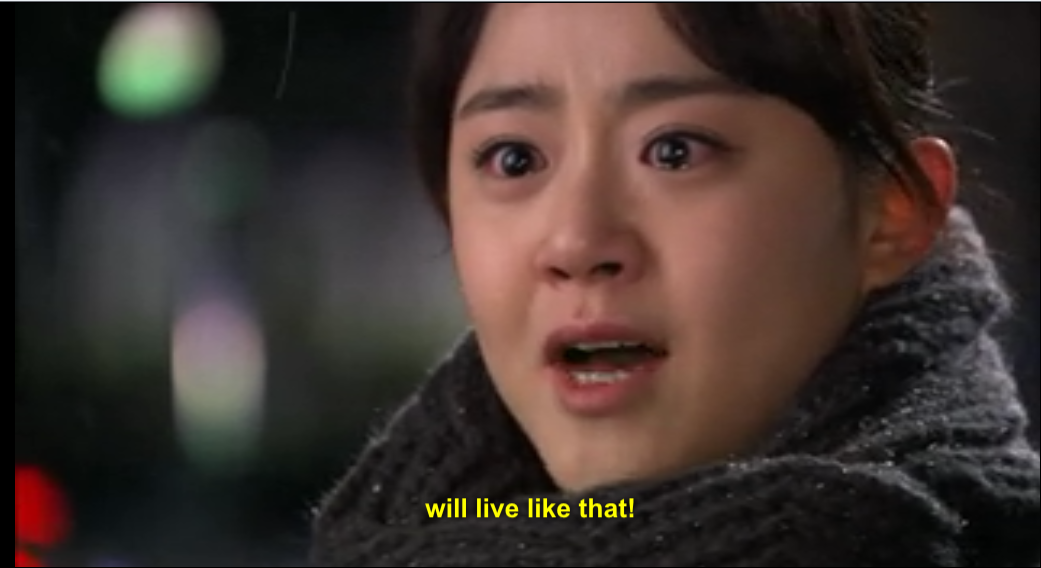 Han Se Kyung (Moon Geun Young) isn't always the most likable female lead, but people aren't always likable when their lives have been trampled, and I appreciated that honesty of characterization.  Even when I didn't agree with her choices, I could at least understand them.  (Okay, except I think most of us would jump to goals like "I want to have enough money for rent and food" before heading straight to "I want to marry a rich guy so that I can own fancy purses.")  Even the initially wicked rival became increasingly human as the series progressed.

Opposite to Se Kyung, we have Jean Thierry Cha, played by Park Shi Hoo.  I have kind of ambiguous feelings about Park Si Hoo as a person, but as an actor, he always throws himself into roles.  Yes, he overacted some scenes to the point that it was a borderline offensive portrayal of mental illness.  But you know what?  I appreciated that he wasn't the stereotypical male lead.  So many male leads fall into either "grumpy and cruel" or "nice doormat" categories, and Jean Theirry Cha was slightly different.  Sure, he was a chaebol with a grumpy exterior and a broken heart, but that only lasted for an episode or so before he became enthusiastic and vulnerable.  It was kind of a nice role reversal to see the male lead fretting over his feelings while the female lead pretended she didn't care.  He was trying so hard to make the chemistry believable, and even though I didn't always buy the relationship as a whole (maybe because Moon Geun Young looks so young and was stone-faced all the time?), I at least bought his side of it.  Bonus?  The overacting gave us moments like these:

So why did I quit?  There wasn't anything specifically terrible about the series that made me stop.  I just kind of lost the will to keep watching after a while.  Once they got together, I had a sense where the series was headed, and it didn't seem worth it to spend another 6 hours getting to the end (I later read spoilers for the last episode, and it ended much like I suspected it would).  I started fast forwarding things as early as episode 2, which should have tipped me off that I wasn't fully engaged from the outset.

*The term "Candy girl" in Korean dramas stems from a Japanese manga written in 1975, where the main character, Candy, is an orphan.  She maintains a cheerful, hardworking, selfless attitude through all of her trials until she is finally adopted by an anonymous rich benefactor.  When kdramas refer to someone as being a "Candy," they often mean a kind woman who works hard until a rich guy sweeps her off her feet.

I can see why people give this drama credit for its social commentary and its twist on the traditional kdrama formula, but every time I started a new episode, I kind of wished that I was watching something else.  Once I gave up and actually started watching other shows, I was kind of relieved.