Warning: This review is pretty spoiler-y. We can't keep our mouths shut. You've been warned!

Vivi: I’m really glad that Coco and I both watched Emergency Couple because I was waaaaay more invested in it than I had any right to be, and I needed someone to text about it in the middle of the night.

Coco: And I needed someone to talk to about how cute baby Gook was! Seriously, was he not the CUTEST baby in the world? Vivi: YES. But I thought you were going to say you needed to text someone about how cute Chief Gook was. Because that happened too.


Coco: I’m pretty sure that was YOU. Although I do agree that he was very cute, it was you who did most of the second male lead pining.


Vivi: Yeah, I did. I don’t understand how you were able to watch it without rooting for the second male lead. Are you even human?

I’m serious. Are you a robot?

Coco: A Choi Jin Hyuk-loving robot!!! I admit that I was on on the first male lead’s side the whole time. That largely had to do with the behind the scenes footage I saw of him laughing and joking with Ji Hyo. They were so freakin adorable together (as cute as the Monday Couple comprised of Ji Hyo and Kang Gary on Running Man, I dare say!) So I was patiently waiting for his character to grow up and act like a man and for her character to finally settle into her confident self.

Vivi: And my love of Chief Gook was mostly tied to his scruff and the fact that he was socially awkward and emotionally constipated. In other words, if I had a Kdrama patronus, it would be him. You’re right about the character growth, though. A lot of people complained about the leads at first, but I appreciated that they had plenty of time for gradual growth.

Coco: Yes, I was pleased with the growth of these characters. It felt natural, and they all became legitimately awesome people.

Vivi: Yeah, everything felt pretty natural, except for the last few episodes. Song Ji Hyo suddenly baking fortune cookies from scratch and throwing herself at the man made me throw up in my mouth. (And if you run up multiple flights of stairs, of course your heart will be beating hard. You're a doctor! Pull it together!) Also, “I hate divorced people?” It’s like they suddenly realized they only had three episodes left and finally noticed that all sane people loved the second lead.

Coco: My complaint at the beginning of the drama was that the female lead was too passive and incompetent for me to love her, but she quickly proved herself and developed the self confidence that had been drained out of her after her terrible divorce. The male lead also gradually stood up for her and came to respect and admire her for real reasons, unlike many other Kdrama characters where I continually ask myself, “Why does he/she like him/her?” (Kim Tan and Eun Sang in Heirs, I’m talking to you).

Vivi: Completely agreed about the respect. I was thrilled that she didn’t stand for it when he tried to force himself onto her, and they included a few episodes where he had to learn to take the relationship on her terms. Unlike you, I liked her from the beginning. She wasn’t really incompetent. From the very beginning, she would do things right, but no one else took her seriously. I think the fact that the character was played by Song Ji Hyo also helped. She as a person doesn’t really strike me as a wilting flower, so I was willing to wait for plot development. I don’t watch Running Man, but I might start.

Coco: Running Man is the best btw. But yes, I love that he had to figure out how to have a mature relationship, and it was too bad that she went over the top in trying to convince him that she truly loved him back at the end. It is sad that they kind of threw the “I hate divorced people” at the Chief as a device to make him less of a good match, but I did really like him with Ji Hye. I just loved her from the beginning with her cool and collected demeanor. I was happy that they alluded to them ending up together, although I wish they would have done more with it than the awkward airport scene. I mean, if I were her I’d be like, “That’s it? A ‘come back sometime’ is the best you can muster during a dramatic airport scene?” 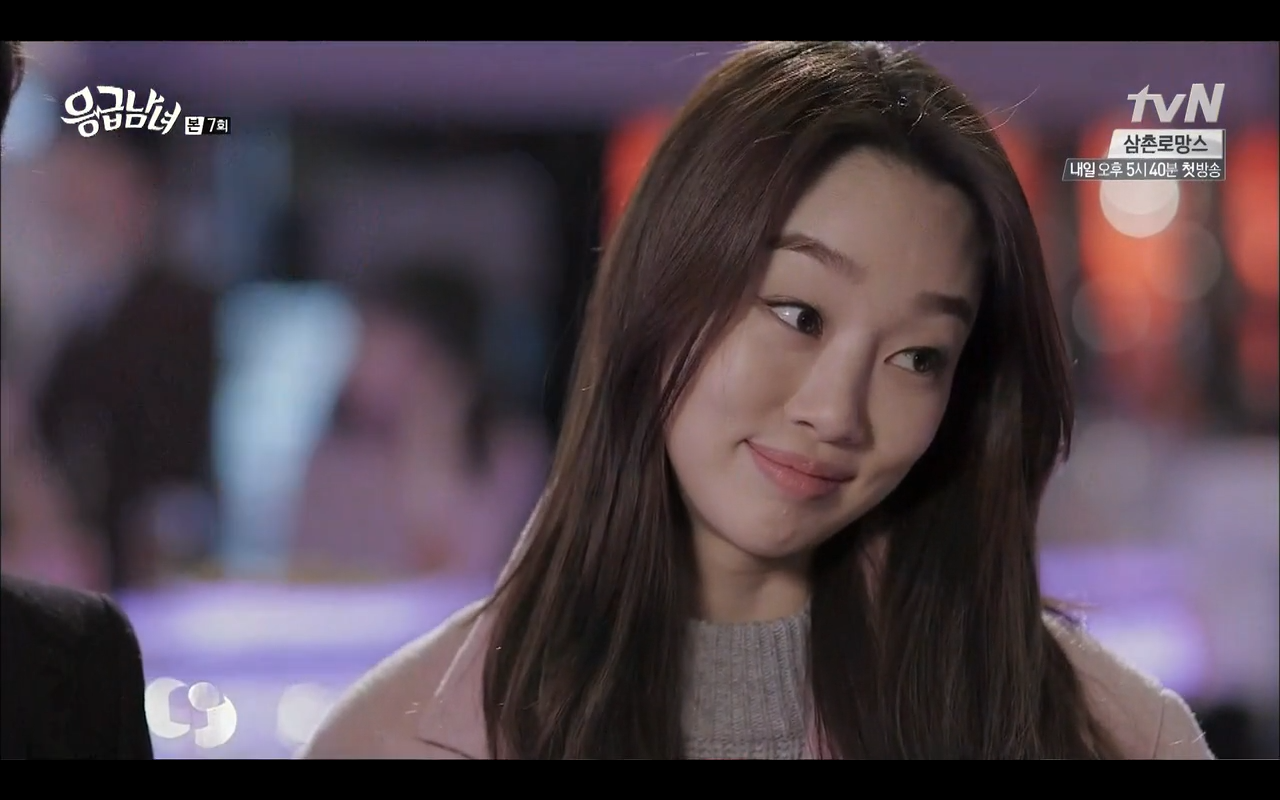 Vivi: I actually kind of loved that. It was so fitting to his entire personality. If the writers had done more with that relationship earlier, I might have expected more, but if he had run to the airport and suddenly started making out with her, it would have been weird. Like sexytimes CPR weird. Or clown music during a hostage scene weird.

Coco: Sexytimes CPR was one of the most awkward scenes of any Kdrama ever. Especially since it fell on a commercial break so it immediately repeated and made it twice as long. Eww.

Vivi: Seriously. It was like I couldn’t stand to watch it, but I couldn’t look away, either. MAKE IT STOP! Speaking of that scene, this show wins for most fakeouts ever. I’m not happy about it, show! If you show someone moving in for a kiss, you’d better mean it!

Coco: But wouldn’t it have been sadder if he actually did kiss her and then she rejected him? At least their relationship didn’t progress that far. But why did she go visit him at his cabin? That was kind of a mean trick when she already knew she wasn’t done with her ex-husband.

Vivi: That was a big complaint for me. It was like the show wanted to pretend that he never even confessed his feelings. Every time I thought they might let the relationship go, they just kept adding in something heartbreaking like that stupid cabin and stabbing me in the heart. And hello, letting him see them making out at the bus stop???? I hate them. 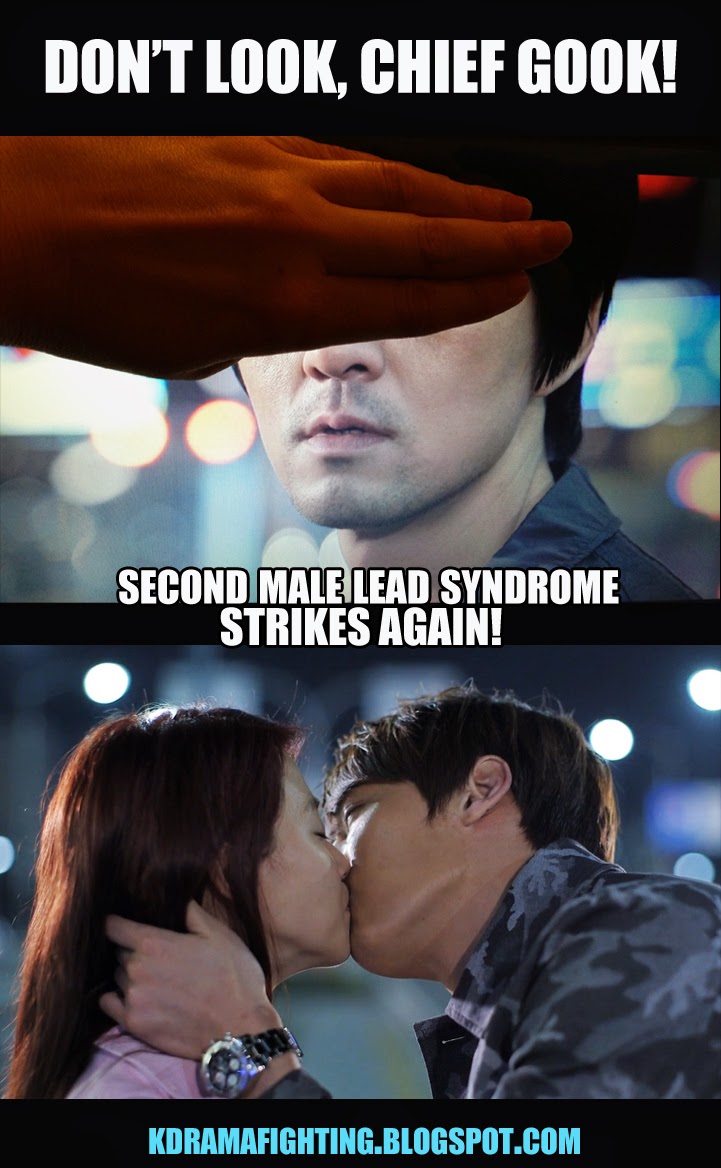 Coco: Ok, can we talk about the side characters for a minute? I totally love her sister and brother -in-law. Yes, she was a total pain in the butt at first, but the way they kept intervening with their relationship was really funny. And they spawned the cutest, funniest creation on God’s green earth, Gook.

Vivi: I wasn’t crazy about any of the parents, but I did enjoy the sister and her bumbling husband (Except for her terrible advice at the end. "Your body knew you were in love"? Nope. Your body was drunk.), and the other people in the hospital were fine. I mean, I can’t say that I was hanging on to every word Ah Reum said, but it was okay.

Coco: Yeah, I didn’t know what to do with Ah Reum. I hated her smug face so much at the beginning that even though she turned into a good person surprisingly quickly, I could never sincerely wish for her happiness. I’m glad that Yong Gyu ended up getting the girl because he was sooo adorable and sweet, but they’re kind of an odd match.

Vivi: They are a perfect match because Ah Reum’s only job was to look hot and smile, and Yong Gyu just wanted a hot girlfriend. Boom. Match made in heaven. 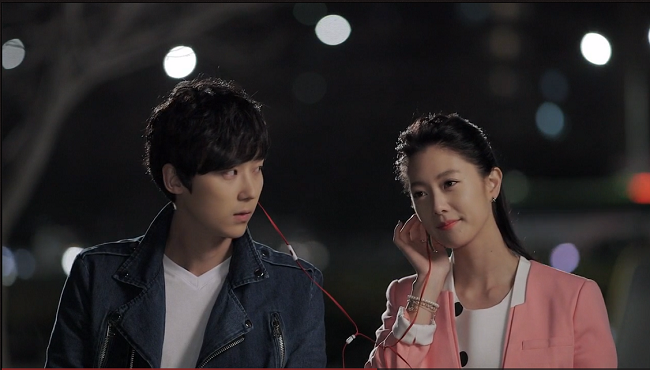 Coco: That’s true. Plus, she really did show that she was a good person many times over. What about the newly married couple and the pregnancy plotline? Something that did strike me over and over again in this drama was the theme of female empowerment. It was fantastic to see so many strong women in typically male positions in this drama.

Vivi: Absolutely. That storyline felt a little underdeveloped and thrown together, but between that, the double standard for divorce, and Ji Hye as a single working mother, it was a show that largely revolved around the problems women face. And at the end of the day, none of the women had ideal lives, and none of them were pushovers.

Coco: It’s so nice to see a Kdrama, or a show in general, that addresses those issues realistically and doesn’t primarily focus on the issues surrounding modern women and sex and romance like in I Need Romance and Sex and the City. Yes, sex and romance are struggles for modern women, but there’s much more than that in their struggle for equality.

Vivi: I Need Romance 3 also had an unwed pregnancy plotline, which was probably the most interesting part of the whole show (which I still need to review someday). I do like to see the emergence of more nuanced shows, though. Wait, did I just call Emergency Couple nuanced? Scratch that. There were definitely rough patches, too. Some of the tone was bizarre. Some of the plot elements jumped forward at the end. The mother drove me insane. But even with the stuff I didn’t like, I was waiting for each new episode, which is something that hasn’t happened in a while.

Coco: True, is had its struggles, and sometimes it seemed a little slow (mostly because I don’t love medical dramas so I would rather fast forward through those scenes), but I was also waiting for new episodes and sometimes got way too excited and then sad when I realized it was actually Thursday and not Friday like I thought. Overall, I highly recommend this drama for its talented and fun cast and their great chemistry, not only as couples but as an overall ensemble as well.

What did you guys think of this show? Did you stick with it past the rough start? Comment below!

Where to watch Emergency Couple