Balance in the K-drama Relationship 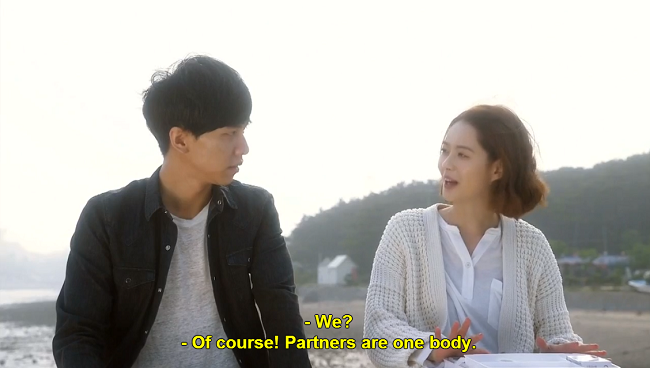 No, today's post isn't going to be me getting onto my soapbox again about how much I love strong female leads. Well, okay, it sort of is, but it's not only about that.

When I first started watching K-dramas, I was so swept up in the magic of these extended romances that I didn't pay much attention to the power imbalance that is so pervasive in the K-drama world. People were being romantic, and as long as the women weren't total puppies, I was okay. Now that I have much more expansive experience with dramas, I have more room to recognize the best of the best K-drama relationships for what they are.

So what makes a power relationship? It's not just the romance. I have seen plenty of dramas filled with grand romantic gestures where I, as a viewer, was left wondering why these two even wanted to get together in the first place (Heirs, anyone?). While I love a swoony chaebol romance as much as the next person, I have to admit that some of the most powerful K-drama relationships focus less on the gigantic romantic hurdles between the couple and more on their non-romantic time together. Without a foundation for the relationship, what happens once the in-laws get out of the way or they recover from amnesia? Could they enjoy watching TV or grocery shopping together without all of the K-drama drama?

To me, the best K-drama relationships involve an equal amount of give and take. This is why puppylike female leads drive me insane. Real relationships don't just involve one person hanging on until the other person gives in at the end of the series. Instead, we need enough time to believe that both characters are wholeheartedly invested in the relationship. For the record, this was my biggest beef with You're Beautiful. I wasn't ever fully convinced that he cared about her nearly as much as she cared for him.

Sometimes, I'm conflicted over K-drama chaebols who relentlessly pursue the women they desire. On the one hand, the feminist in me rages when I see an entitled man dragging a helpless woman around until she finally succumbs to him. On the other hand, when you set up a dynamic where the man is wealthy, charismatic, and powerful, while the woman is poor, unattractive (according to the show), and socially awkward, having the man develop feelings first is a way to offer some power to the female character. The ball is finally in her court, and it's ultimately her decision if she wants to proceed. It balances the relationship.

When a show's writers recognize that both characters can contribute equally to a relationship, it allows for a natural friendship between the characters that serves as a basis for their love. Some of my absolute favorite scenes in romantic dramas involve the two leads spending time together and becoming friends before a romance blossoms. If you aren't even friends with someone, why on earth should we believe that you're willing to give up your family company or your first love or one of your kidneys for that person?

Where does one find such balanced friendships? Here are a few of the more equal relationships in K-drama land:

1. History of a Salaryman 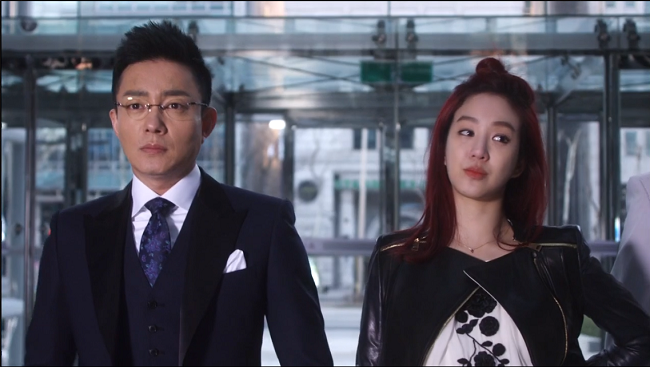 This is a prime example of how a focus away from romantic hurdles can actually build a stronger K-drama relationship. The main couple never kissed. THEY NEVER KISSED. And yet, when I think about the best relationships in dramaland, the relationship between Yoo Bang and Baek Yeo Chi was refreshingly balanced. What made this couple so fantastic is that, while they grew as people, they never stopped being themselves. We didn't get a Prime Minister and I scenario where the two leads started out with personalities that gradually deflated into tame, generic pleasantries by the end of the show. Instead, we got two very flawed characters who accepted and enjoyed each other for who they were. This couple didn't need to cry over each other with solitary tears because it didn't match their personalities. Instead, Baek Yeo Chi was swearing her face off until the very end of the show, and Yoo Bang was boisterous as ever. That's the kind of relationship you believe will last until they're old and grey. I'm only partway through My Love from Another Star, but it seems like it may be a similar dynamic with a female lead who doesn't lose her sass to love. 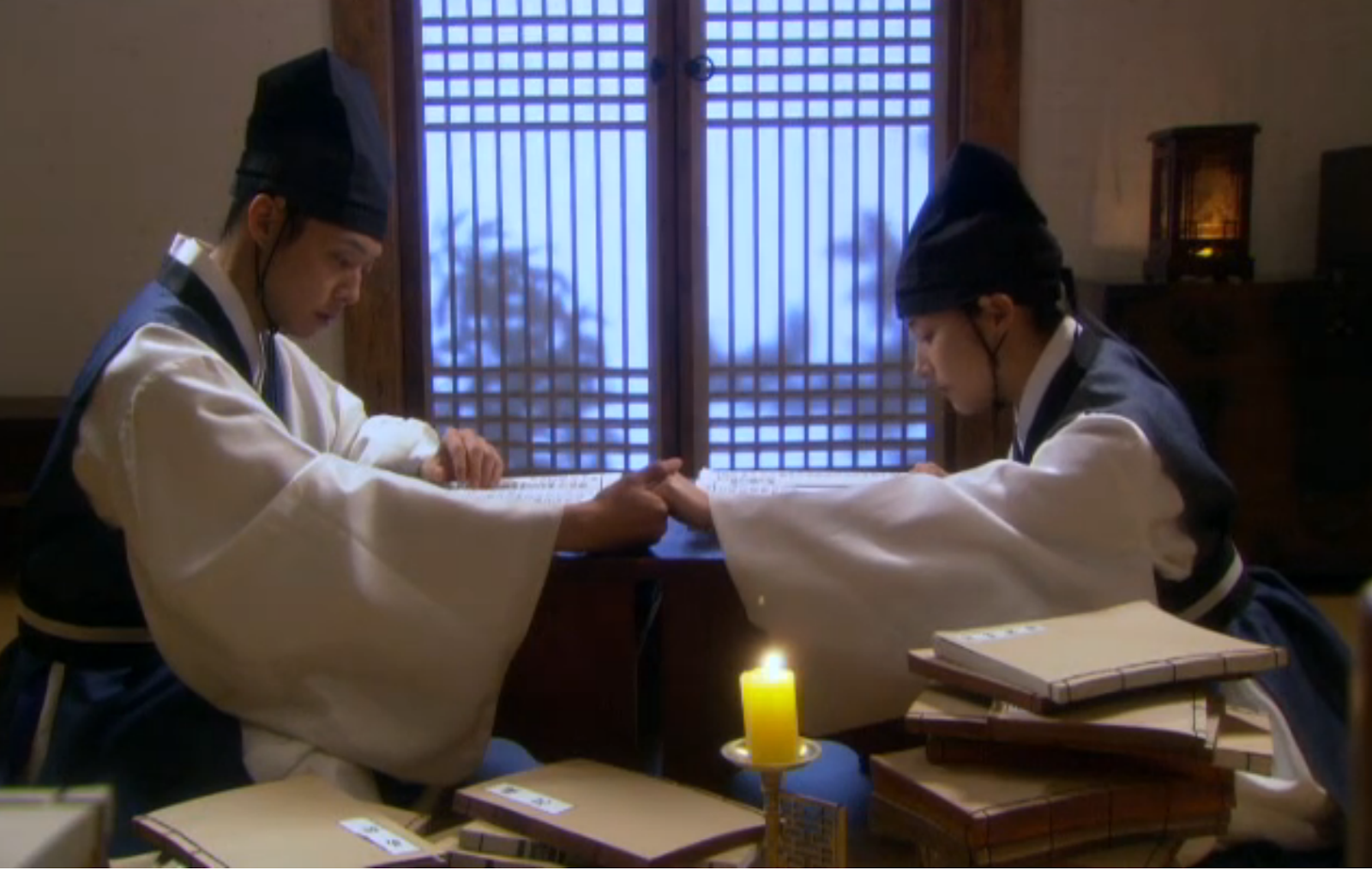 There's something about a gender bender that invites a balanced relationship. When you take physical appearance out of the equation, the male lead has no choice but to respect the female lead as a person if he's going to fall in love. Sungkyunkwan Scandal allows its female lead to act as the core of her male group, demonstrating her value in the relationship before the relationship even begins. Even the romantic parts blossom from their shared interests, like the love notes hidden in library books. 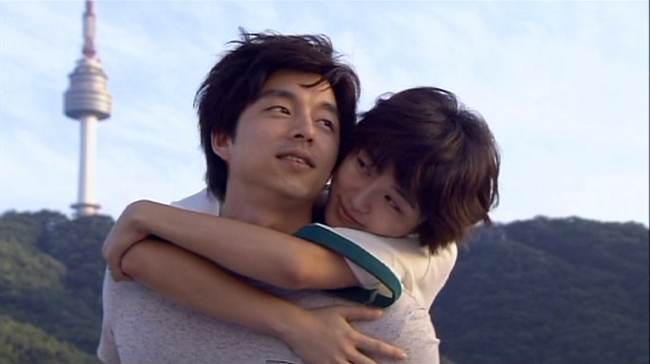 Coffee Prince was my very first K-drama, and when I initially watched it, I was constantly uneasy that the relationship would turn into a puppy-master disaster. After all, Han Kyul is clearly the one in control as the wealthy, handsome playboy who also happens to be Eun Chan's boss, and Eun Chan is pretty open about her feelings from the beginning of the series. I have to admit that Eun Chan's enthusiasm sometimes bordered on being puppylike for me (I know that Coco disagrees), but what ultimately saves this relationship is the deep friendship that precedes and underlies the entire romance. Han Kyul and Eun Chan are completely comfortable around each other, both as friends and later as lovers. 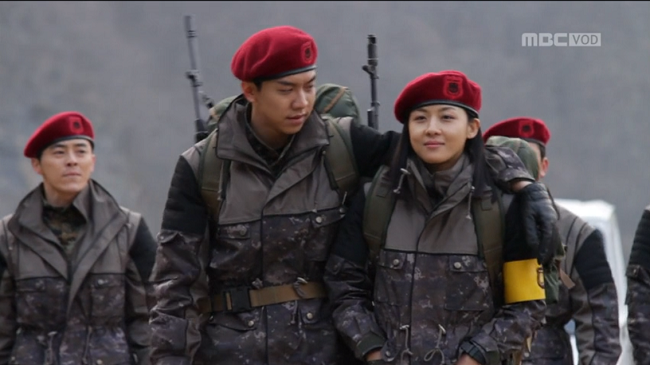 The chemistry between the leads wasn't the best I have ever seen, but what I appreciated in this drama was the recognition of strengths and weaknesses on both sides. Kim Hang Ah can fend for herself and then some, which means that she has plenty to contribute to a relationship with a king. Because they first meet as colleagues in training, there are quite a few moments throughout the drama where these two enjoy their time together. 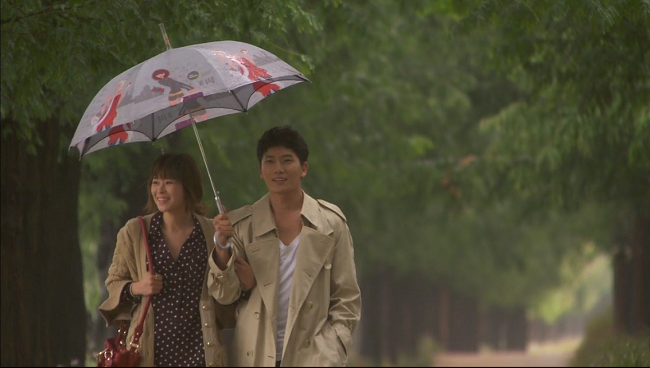 Both of these characters are quirky and odd. What makes them work so well is that they bring out the best in each other. Alone, they're both a bit lost. Together, they're much better than the sum of their parts. This is one example where the male character fell first, but it didn't turn into a feminist nightmare. Instead, the female lead gave him (and viewers) a lesson on sexual harassment and focused on building a lasting connection before even considering the possibility of love.

So far, You Are All Surrounded is giving me hope that it might be a drama with a strong central friendship. Sure, Dae Gu is still in the mean phase of the relationship, but both characters have strengths and weaknesses that complement each other well, and working together is generally a good premise for building deep friendships. Fingers crossed that it uses the potential well!

Maybe you've noticed that this list is short. You know what that means? It means that I want suggestions for balanced K-drama relationships. Anyone have favorites? (And if you say Boys over Flowers or Heirs, I will disregard your opinion forever. Don't take it personally, okay?)