New Drama: You're All Surrounded

Well, it looks like I'll be watching My Love from Another Star, which won the reader poll for my next drama in an absolute landslide. I still have a few episodes left of Nine, but once I'm done, I'll get started on your MLFAS. I hope you all chose wisely....

More importantly, I started my simulcast for this round of dramas with You're All Surrounded. Having seen episodes 1-4 so far, here are a few thoughts:

You're All Surrounded is an action/thriller/ensemble buddy cop show starring Lee Seung Gi, Cha Seung Won, and Go Ara. Eun Dae Gu (Lee Seung Gi) enters the police force as a rookie under the celebrated detective Seo Pan Seok (Cha Seung Won). He has a chip on his shoulder and a secret in his past. He is joined on the rookie squad by a handful of other misfits, including the hardworking Eo Soo Sun (Go Ara). Can Detective Seo turn this ragtag band into real detectives? (Answer: Yes, obviously.) Is Detective Seo a villain in disguise? (Answer: Probably not.)

I'm clearly the wrong person to ask about this show because I won't even pretend to be unbiased. I love action comedies. I love any show where things might blow up at some point. I love ragtag teams of misfits. I have seriously considered naming my firstborn child (male or female) after Jason Statham.

I know that action thrillers are already kind of passé with the saturation from last drama cycle, but I opted for the romantic comedies in the last round of shows, so this drama is actually a nice break for me.

Is the plot groundbreaking? No. I (think I) can see where this thing is headed from a mile away, but I don't even care. I thoroughly enjoyed it from the second the comic book intro started. 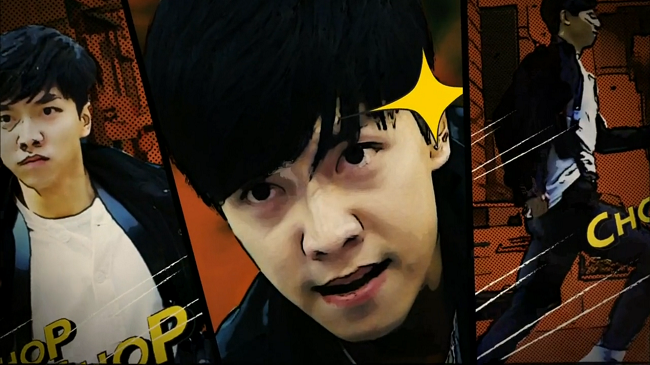 The one thing that has surprised me so far is the tone of the first two episodes. It started out quite a bit darker than I anticipated, setting heavy emotional stakes from the start. I though this was a smart move before getting into the workplace hijinks. Otherwise, the inevitable tone shift later in the show would have been completely jarring. I will say that the drama seems more effective than the comedy up to this point, but I would rather have a show with some emotional core than a slapstick laugh riot any day.

So far, it's everything I want it to be. In the first few episodes, the casting is divine. I can't think of anyone better for the leading men, and while I have heard some complaints about Go Ara's casting, I actually think that her brand of quirkiness works pretty well for the character.

The veteran/rookie setup is pretty typical for a cop show, but an unexpected bonus is that it allows for different types of romantic relationships. While Dae Gu and Soo Sun are headed down the well-trodden Kdrama pathway of over-the-top hatred slowly blossoming into puppy love, Seo Pan Seok and Kim Sa Kyung (Oh Yoon Ah) have space for a more adult relationship. We haven't seen much of their relationship yet, but the sexual tension sizzles off the screen every time they're together, almost as if to say, "Move over kiddos; we'll show you how grownups fall in love."

Even though I'm a sucker for cop shows, I'm also a sucker for strong female leads, and in that regard, I'm withholding judgment for now. Soo Sun seems like the typical bumbling female lead in many ways. I was definitely rolling my eyes when her lover-to-be kept calling her "Bird Brain," but I still like her, and I'm hoping she'll prove her strength of character in upcoming episodes. Based on the promos for this show, I assumed that it would be all about the boys with a girl tossed in for good measure, but I really appreciate the focus the show has placed on her character so far. Allowing her to narrate the conclusion of episode 4 was a positive sign that maybe her narrative arc matters in this drama, and I'm hoping she grows throughout the series instead of becoming a convenient romantic prop.

Where to watch You're All Surrounded