New Drama Alert: My Secret Hotel and Discovery of Romance 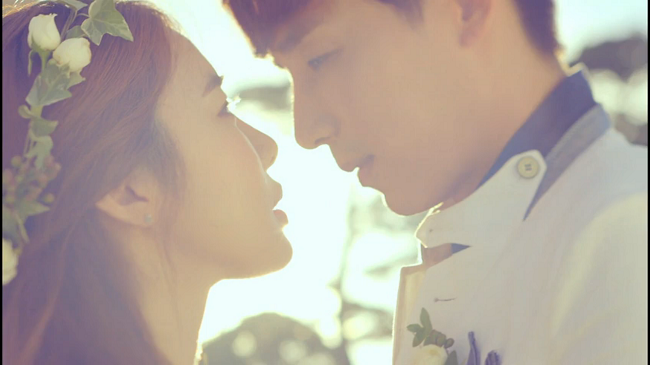 I've been on a new drama rampage again. I probably won't stick with all of these shows as they air, but I wanted to check everything out before choosing what I want to watch. Yoo In Na's My Secret Hotel is kind of a weird little show, but the first two episodes definitely grabbed my interest. Discovery of Romance is nothing too new, but it's fast-paced and full of hot kisses, which is just about par for the course given the writer. 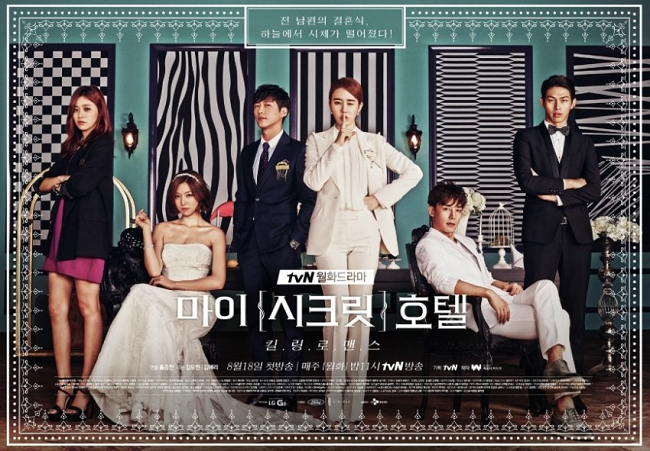 Overview
A hotel wedding planner (Yoo In Na) has to plan her ex-husband's (Jin Lee Han) wedding to another woman. On the day of the wedding, a dead body drops through the roof into the middle of the ceremony.

First impressions
Is it just me, or is pretty much every single drama a reconciliation drama these days? I mean, this show is going up against I Need Romance 7--Excuse me, I mean Discovery of Romance, which also features exes forced to work together. What I like about the first two episodes here is that they aren't going over the top with the hatred. There's no hair pulling or throwing of objects like you get in Sly and Single Again or Emergency Couple. Instead, the drama focuses on lingering love and regret, which is great because Jin Lee Han has some pretty convincing eyes of regret! 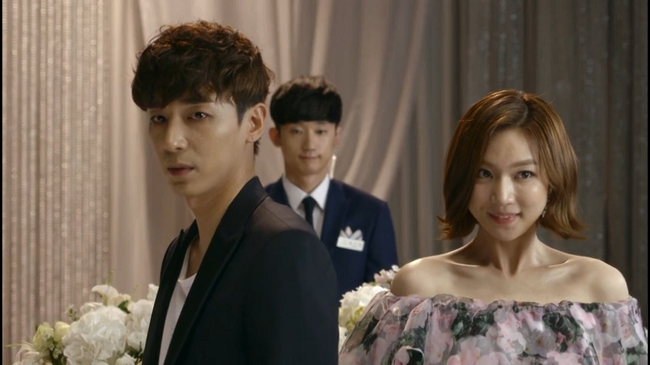 It's too early to say much about the series because there are too many moving pieces at this point, but the show gets points for some excellent musical choices (although "Time after Time" was kind of a weird pick). I like that they went for some warmer indie pieces instead of full-on K-drama prom ballads. The drama gets even more points for Yoo In Na's styling. It's rare that I say this about drama leads, but I want to own all of her clothing. It's like watching an episode of Project Runway in every scene.

I'm not quite sure how well the series will balance the mystery with the romance. Frankly, the lead baddie feels a little out of place, so I'm not quite sure what to make of him. (Also, did he pull bones out of that guy's hand? I'm pretty sure that's not how anatomy works, but whatever.) Time will tell, I guess!

Where to watch:
Kdrama.com
Viki 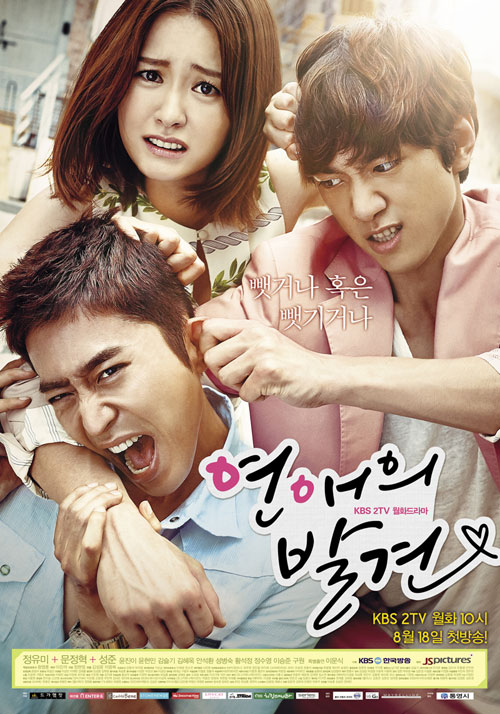 Overview
A furniture designer (Jung Yoo Mi) has things great with her kind, successful boyfriend (Sung Joon) until--what else? her ex boyfriend (Eric Moon) pops back into the picture.

First impressions
Like I said, this is yet another rekindling romance drama. It's also another sexy show about young professionals in "modern" romances from the same writer who brought us the I Need Romance series. It might not be the freshest idea in the world, but there's a reason this writer keeps getting work. These types of dramas are fast and fun, which is why we keep coming back for more.

So far, Eric Moon and Jung Yoo Mi are killing it in the chemistry department. I don't completely understand his character yet, but I don't even care. I'm pretty sure I know how this love square is going to end, and I will happily grab a bag of popcorn and watch it all unfold with glee.

Bonus points in this drama go to Yoon Hyun Min and Kim Seul Gi, both of whom I love in everything.

At this point, it's looking like Surplus Princess will have to go on hold for a while, mostly because something's gotta go, and I'm way too impatient to handle a show that only airs once a week. What do you guys think of this new batch of dramas?
Labels: Discovery of Romance kdrama Discovery of Romance Kdrama review Eric Moon Jin Lee Han Jung Yoo Mi My Secret Hotel Kdrama My Secret Hotel review new kdramas simulcasts Sung Joon Vivi Yoo In Na