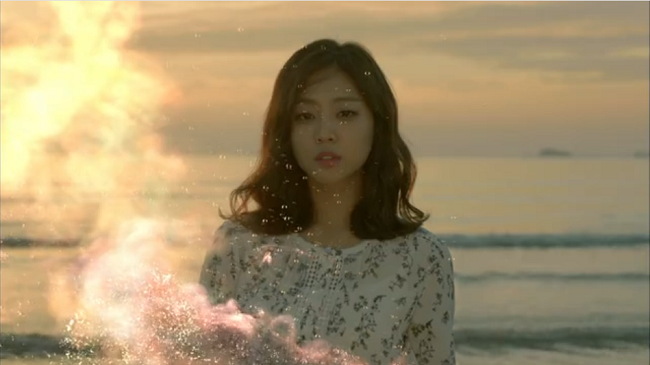 With King of High School and Trot Lovers coming to an end, it's time for a new round of dramas. I'll probably pick up It's Okay, That's Love, but in the meantime, there is one drama that I couldn't resist starting right away. That drama is Surplus Princess (aka The Mermaid). In case you haven't heard of this drama, most of the descriptions that came out before the show indicated that it was about a mermaid who hates unemployed people.

Yes, you read that right. A mermaid. Who hates unemployed people. You guys were tired of K-drama cliches? Well, these writers listened with a vengeance.

With a synopsis like that, you'd better believe I tuned in for the premiere out of sheer curiosity. I can't promise that I'll finish the show, but I had to at least see the insanity for myself.

After the first two episodes, I don't know how to feel about the whole thing. What I will say is that you have to give the writers props for being ballsy and just running with the premise. So far, there's no indication that the mermaid actually hates unemployed people, but everything except for the hauntingly beautiful intro is still completely insane. For example, the first time we meet our heroine mermaid, we find out that she loves reading about K-celebs on her waterproof smartphone.

In a way, it's a smart move. I've seen plenty of dramas that took a wild premise and played it totally straight, which required the audience to suspend disbelief constantly in order to feel any emotional connection. In this case, the writers themselves have a winking (and slightly wicked) sense of humor about the whole thing, so there's no expectation that you should take things too seriously. Well, and even if the show doesn't work, at least they have Song Jae Rim, who generally goes a long way in making terrible things less terrible (see: Nail Shop Paris).

Rather than comparing Surplus Princess to other K-dramas, it actually feels more like the classic Disney Channel Original Movies of the 1990s, back when they used to tell slightly naughty jokes every once in a while. You know, like Wish Upon a Star, where Katherine Heigl switches bodies with her little sister and then goes to school dressed like a stripper. Does anyone else remember those and possibly still watch them on Netflix? No? Me neither.

In any case, Surplus Princess is full of cheese and over-the-top, slightly obnoxious characters, but it might be kind of fun.