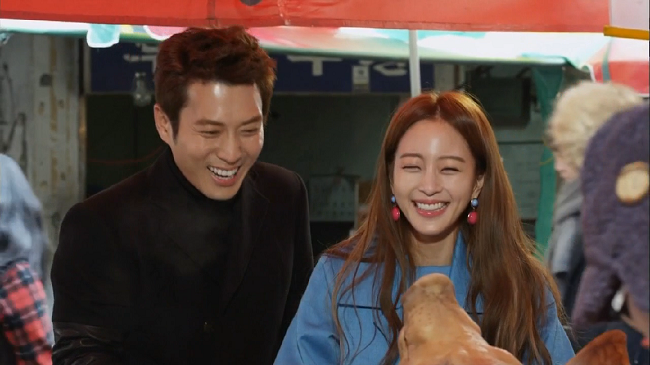 Ohhhh, Birth of a Beauty, where do I even begin with you? Ugggggggggggggggggh. Even thinking about this review is making me feel bored and slightly grumpy.

And somehow giddy at the same time.

How is that even possible? Well, to answer that question, this drama is going to have to be reviewed in multiple parts.

The Obstacle of the Premise

Before we get into what happened with this drama, we need to talk about the elephant in the room, which isn't a thinly veiled fat joke about our heroine, but rather a reference to the questionable premise.

So here's the rundown: Sa Geum Ran (played by both Ha Jae Suk and Han Ye Seul) is an overweight married woman whose handsome husband cheats on her and then does other terrible things. In despair, Geum Ran turns to Han Tae Hee (Joo Sang Wook), a genius who helps transform her through drastic plastic surgery into Sara, the perfect woman. Then they try to get revenge and learn important life lessons or something.

I have heard a lot of people saying that they either didn't start the drama or quit early on because they found the premise distasteful and shallow. To be honest, I was right there with you. On paper, it sounds suspiciously similar to the movie 200 Pounds Beauty, which, to be honest, I hated. It was a jumbled mess of messages about body image that tried to preach a "be yourself" message while also saying that plastic surgery will cure all of your woes. I can see why people wouldn't want to watch that all over again for 21 episodes.

So, for all of my skepticism, how did Birth of a Beauty fare?

I guess all I can really say is that I didn't feel like the premise became an obstacle to character development after the first handful of episodes. It's not like the series did anything unexpected with the premise (like Miss Korea did with beauty pageants), but it didn't totally fail, either. I really liked how they continuously included the initial Sa Geum Ran actress as a reminder that plastic surgery can't magically heal emotional wounds, and I'm sad that they forgot about her in the last stretch of the series.

It's funny that both 200 Pounds Beauty and Birth of a Beauty concluded with a friend wanting full-body plastic surgery. In the former, it was left as a funny (but not really) joke hanging at the end of the movie, and in the latter, it was used as a chance for Sara to pontificate (in a pretty heavy-handed and obvious way) about the importance of loving yourself.

So no, I wouldn't say that people should automatically rule this drama out because of the premise.

On to the show itself!

It's no secret that I loved the pairing of Han Ye Seul and Joo Sang Wook, but it bears repeating just one more time.

These two carried the show with a pleasant blend of chemistry and wit. Remember how I was talking about balanced K-drama relationships back in the day? Well, this is what I meant. With many K-dramas, I wonder why the lead couple wants to be together at all, and I especially wonder how they'll manage to stay together once the entire world isn't trying to keep them apart and making them fight for their "true love." Well, that wasn't the case here. The development of the relationship made it obvious that it was based in mutual respect, trust, and friendship. Instead of being noble idiots, they were open about their concerns and worked together. They fell in love because they enjoyed being around each other, and seeing how their offbeat personalities complimented each other made the series well worth watching in spite of some other glaring problems.

Now, let's talk about some of those glaring problems.

First of all, the entire plot was full of nonsense. I swear that my experience with this show constantly alternated between massive Liz Lemon eye rolls:


...and giddiness at the hilarious/adorable stunts our leads pulled with each other:
For example, can we talk about that "psychological test" that Tae Hee took where they emailed him and said, "You're in love with Sara" and then he — THE SUPPOSED GENIUS OF THE OPERATION — re-reads that email with his computer facing said Sara?!?!?!?!?!?!!

No, let's not talk about it. It offends the logical part of my brain too much.

But thennnnnnn because of aforementioned love test, we get the fantastic seduction war pictured above, which was one of my favorite sequences. So do I forgive the love test or not?

Or, as another example, the absurd hypnotizing head contraption that helped prove that Han Tae Hee really loved Sa Geum Ran instead of Sara: 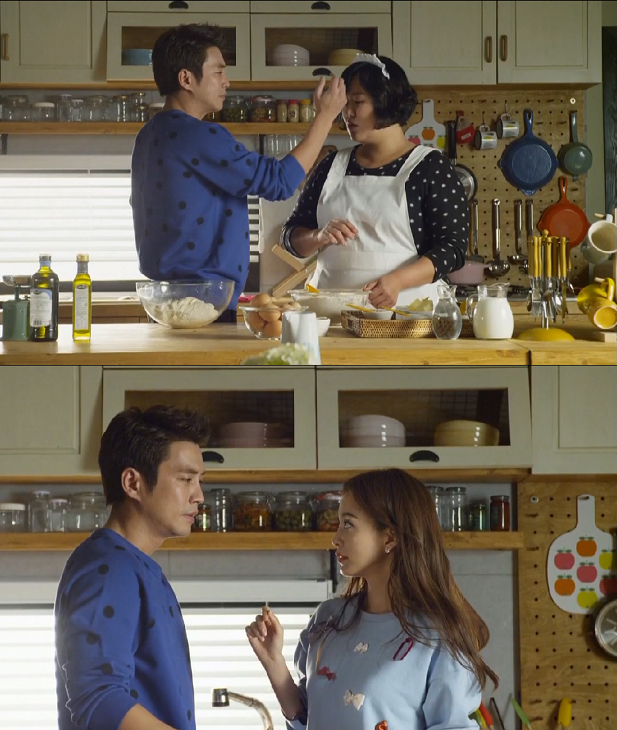 Can you forgive nonsense if it leads to cute things? Apparently I can!

Ok, so that then leads us to the villains. This is a classic case where the writers probably should have evaluated quality over quantity. I would much rather watch one interesting, well-developed villain than three boring, one-dimensional lead villains and a handful of minor villains. I think there was some potential for interesting emotional development with Han Min Hyuk and his traumatic childhood, but instead the writers were like "Bastard son? Murderer. Cheating husband? Murderer. Selfish mistress? Murderer. Other selfish mistress? Murderer! Welp, I think our work here is done for the day!"


But, as I said before, the good outweighed the bad for me, until...

Sigh. I hate you, show. Allow me to quote myself from five minutes ago: "Instead of being noble idiots, they were open about their concerns and worked together. They fell in love because they enjoyed being around each other, and seeing how their offbeat personalities complimented each other made the series well worth watching."

All of that was true — until the writers realized that they were dealing with 20 episodes instead of 16, and then they got an episode extension on top of it, and they just threw in the towel.

In the last 5-6 episodes, it's like the characters got amnesia, bu no one bothered to inform the audience. They forgot that they were really, really good about being open and honest with their concerns and decided to run from each other and trust murderers instead.

Han Tae Hee forgot that he was a "genius" and couldn't even notice very obvious clues about what was happening with Sara. Sara forgot that she used to be a judo champion who beat up a gang of men ten episodes earlier and suddenly couldn't even figure out how to break out of a wrist grab from Lee Kang Joon. 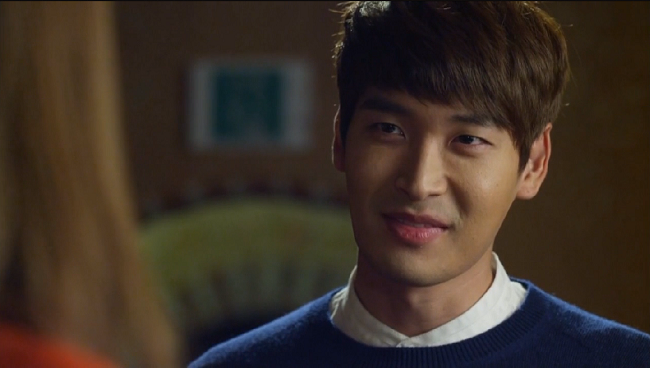 I know Lee Kang Joon is menacing and all, but come on. Just look at him. The man is clearly a sissy.

To be honest, I only made it through the last six episodes because I was determined to write this review, and I fast forwarded a lot of the villainous planning sessions just to get through it all.

Birth of a Beauty and I are in a fight right now. I feel annoyed, but maybe that's because I semi-marathoned the last few episodes, and it was painfully boring and full of obnoxious cry faces. Then I look back at all of the good times we had, and I think that maybe we can overcome these obstacles and reconcile. But if anyone's going to undergo drastic cuts to make this relationship work, it's going to be the show, not me.

Where to watch Birth of a Beauty