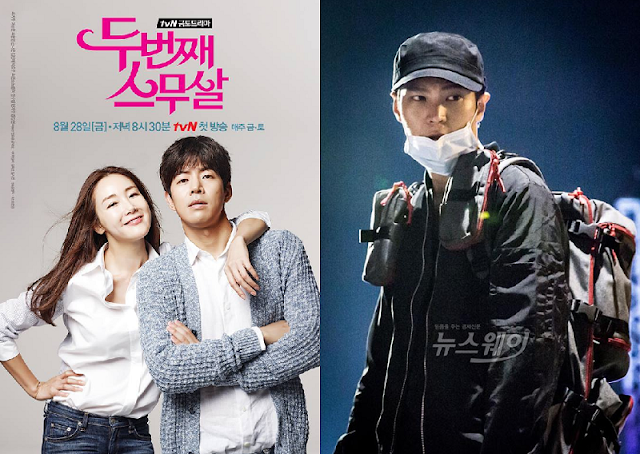 We're not dead! (*throws confetti*) Some people are really responsible and good at juggling blogging even when real life throws real life things at you. I am not one of those people, which means that I have a back log of about 15 posts partially written in my mind that may or (more likely) may not actually get written. Sigh.

On the upside, there's something refreshing about unplugging from dramaland for a bit. Drama watching time has been pretty limited around here, which has made me really selective about the shows I choose. Fortunately, the summer offerings have been excellent so far, so I don't really feel like I'm missing out if I only have time to watch one or two excellent shows (I swear an Oh My Ghostess review is coming next!) instead of four mediocre ones (The Time I Loved You, I'm not at all sad that I dropped you).

Right now, I'm semi-watching two very different dramas, and, while I enjoy them both, I may need some encouragement to keep watching one of them. Tell me what you think!

Premise: Ha No Ra (Choi Ji Woo) was a promising dancer in her youth, but when she had a child and married at the age of twenty, she gave up on her dreams and became a devoted wife and mother. Now, twenty years later, her jerk husband (Choi Won Young) wants a divorce and her jerk son (Kim Min Jae) is headed off to college, so No Ra decides to live out her dreams and head back to school. Little does she know that one of her professors is Cha Hyun Suk (Lee Sang Yoon), who loved her in their teenage years.

Thoughts so far: TvN is hitting all the right notes for me lately. They pull me in with lighthearted, cute teasers, but then as soon as they start the show, they know that what I really wanted was some emotional depth. Like its tvN predecessor Oh My Ghostess, Twenty Again starts with a much more serious feel than you would expect from the zippy trailers, and I think it works to the show's advantage.

I'm generally not a fan of shows making female leads downtrodden sad sacks just for the sake of being downtrodden sad sacks, but in the case of Ha No Ra, it makes narrative sense. Even if you take someone outgoing and confident, twenty years of being told you're worthless will take its toll. Instead of the typical "she's sad because she's poor" storyline, there's room for realistic and satisfying emotional growth here.

Four episodes into the series, there are several things that I'm already watching with anticipation. First and foremost is No Ra's budding friendship with her classmate and (hopefully) future dance partner, as well as the other students. When Soon Nam stood up for No Ra to the other students, I cheered at my screen. More Soon Nam, please!

Next is obviously the romance. It might just be Lee Sang Yoon's puppy eyes and dimples talking, but I love the way Hyun Suk reverts to a seventeen-year-old-boy with a crush every time he sees No Ra. 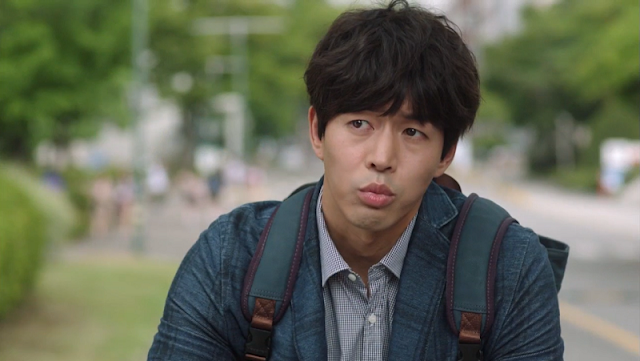 Well, for the most part. Puppy eyes and puppy love can cover a lot of pettiness, but telling someone who stood up to a sexual predator that she's on her own? I just about reached into the screen and strangled him. Fortunately, he mended his ways on that one because I wasn't going to let it slide, dimples or no dimples.

This might be a weird one, but I also enjoy the characterization of the husband so far. I mean, he's a jerk, but I don't feel like he's painted with the broad villain brush the way most K-drama villains are. There are these moments where you see that he feels he's trying to do the right thing, even if he's terrible at it. For example, he defends No Ra to both his son and his mistress, and at least he wants to make a clean break with his wife instead of cheating on her indefinitely. Yeah, it's not much of consolation prize for a guy who's emotionally abusive and cheating on his wife, but it does leave an opening for some interesting character development, and I really hope the writer takes that opening.

Things I don't love: Any scene with the son or his girlfriend. Can they both be hit by a truck of doom next episode? Please?

So far, I see this series having a lot of potential, but there are also a lot of ways it could go wrong, so I'm cautiously optimistic.

Where to watch:
DramaFever 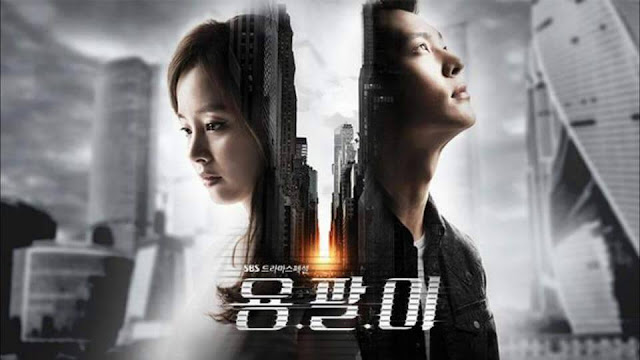 Premise: Kim Tae Hyun (Joo Won) is a talented surgical resident who moonlights as an emergency surgeon for gangsters in order to earn money to treat his ailing sister. Meanwhile, Han Yeo Jin (Kim Tae Hee) is an heiress chilling in a coma at Tae Hyun's hospital. WILL THEIR PATHS COLLIDE? (Yes, obviously.)

Thoughts so far: Okay, so this show is 10 episodes in, which doesn't reeeeeally qualify it as a "new drama," but when you consider that one of our leads was in a coma for the vast majority of the first 6-ish episodes, I think I can stretch the rules a bit.

To be perfectly honest, I started this series with a lot of enthusiasm, but now I'm having a hard time keeping up with episodes, and I'm mostly doing this introductory review so that all of you can pool the collective wisdom of the internet and tell me if it's worth continuing.

I found the first six episodes well written, well acted and engrossing. I haven't seen much of Joo Won's work before, but now I see the big deal. He carried the weight of the series on his shoulders, and he did it well. While sometimes the case of the week was a little weak (random woman manages to wander into the radioactive area of the hospital and find the one key she needs to blow everyone up? Uh, sure....), I found the overall narrative tension strong with just enough heartfelt moments to keep me emotionally invested. It's also a very pretty series to watch, which doesn't exactly hurt.

So where did it go wrong? I can't believe I'm saying this, but as soon as they switched gears to focus on the romance, I lost interest.

Whaaaaaaaa? I mean, I love romance! That's my favorite part of almost every show! This is why I watch K-dramas! Still, I felt like the way they handled the romance came at the expense of the plot. When Tae Hyun and Yeo Jin were joking around and becoming friends, I found that it matched the characterizations well. When the emotionally cautious Tae Hyun was suddenly "in love" with Yeo Jin when she had realistically only been awake for an episode and a half, it felt rushed and out of place. I think they pushed the romance so fast to give us a reason why Tae Hyun would take such a risk to keep Yeo Jin alive, but that really wasn't necessary. We've seen Tae Hyun risk a lot before to save random patients, and he probably wasn't secretly in love with all of them. I guess I just wish they had kept some of that friendship going before forcing the love.

Basically, I'm asking all of you if it gets better. If everyone says that it's amazing and that the pace picks up again, I may give it another shot, but if the writing stays loose and lazy, I'm bailing on this ship now and not looking back. What do you think?