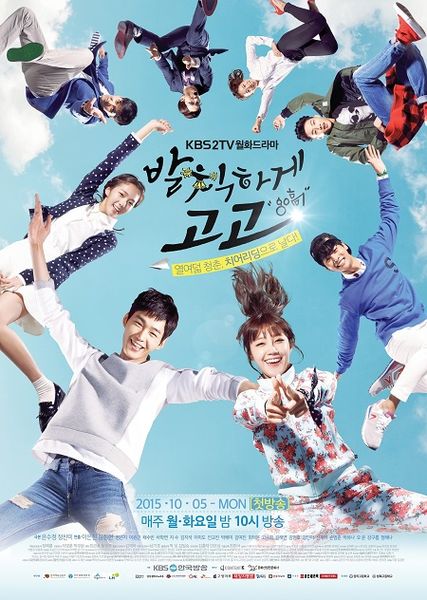 You know how I was just complaining that there's nothing to watch? Well now, in the space of a couple of days, I'm having trouble deciding what to watch first!

I ultimately decided to go with Sassy Go Go aka Cheer Up! For the record, Sassy Go Go is the literal Korean title, while Cheer Up! is the official English title according to KBS and also the original Korean title. I'm just going to go ahead and stick with Cheer Up since a) it's shorter and b) Sassy Go Go is awkward and kind of makes my eyes bleed. Cool? Cool.

What it's about: Kang Yeon Doo (Jung Eun Ji) is the leader of her school's dance team, a ragtag group of outcasts who rank at the bottom of the academic barrel. Kim Yeol (Lee Won Geun) is the number one student at school, and he leads the "cheerleading club," which is really a study group for the top 5%, both academically and financially. The two eventually find themselves forced to mesh their two teams into one. Can they make it work? (If you've ever seen a sports movie, the answer is almost certainly yes, but only after some sweet training montages.)

Thoughts so far: I generally need four episodes to really get a feel for a series, but I didn't see reviews on the bigger recapping sites yet and and want people to talk about it with me, so let's just jump in a little early and chat together, shall we?

I have to admit that I have a soft spot for cheerful high school dramas, and I have an especially soft spot for cheerful high school dramas where people dance or sing or otherwise perform. Maybe it's because I inherited oh-so-awkward Finnish dance moves from my father (and by "moves," I mostly mean flailing off beat), so dancing of any kind is like watching wizardry to me.


In any case, I was already primed to like this series before the premiere, and so far, it's hitting exactly everything I want from this type of show. When done well, high school dramas manage to combine the lightheartedness and the angst of youth in a way that feels nostalgic and heartfelt rather than obnoxious. I would point to Answer Me 1997 as the gold standard of high school dramas, but even shallow fluff shows like Dream High can get away with being shallow fluff shows because they're filled with so much joy, energy, and friendship.

When done poorly, high school shows only dwell on the angst and forget the exuberance. Heirs strikes me as a perfect example of high school students spending way too many episodes dwelling on their annoying high school student angst without any kind of tongue-in-cheek recognition that having an angry love triangle face-off at the end of every episode is maybe a little bit silly.

What I like about Cheer Up's opening episodes is that they draw you into the emotion of high school when everything feels so raw, and yet the show does so in a way that feels natural to teenage life. I loved the moment in episode one when Yeon Doo burst into tears at the dinner table because it reminded me so much of the way I felt at 16. There's some nuance there that makes the series feel like it's populated with some living, breathing high schoolers instead of soap opera adults trapped in school uniforms OR one-dimensional cuties who have nothing to do for 16 episodes but look nice for the camera and go on dates.

We're only two episodes into the series, but Eunji really deserves a lot of the credit for making me feel so invested in Yeon Doo already. I know some people complain that Eunji tends to play similar characters over and over (if you can even make that kind of claim for someone who's only had 4 roles), but I don't really mind. Yes, her characters are similar, but they're also intensely likable, and they all go through such a full range of emotions that it never feels like she's playing a caricature. 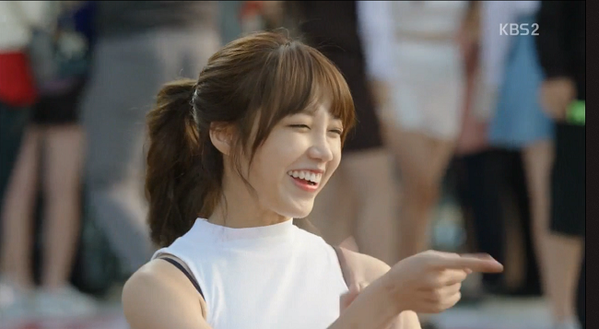 Thus far, this is Eunji's show. We've seen glimpses of character depth in some of the other players (and my heart is already breaking — again — for poor Ji Soo), but they haven't really had enough screen time to show us what they're all about.


Personally, I want to see much, much more of Kim Ji Suk's sympathetic teacher. How much do you love him? Because I love him a lot.

I'm particularly perplexed by Lee Won Geun's Kim Yeol. Why is he always smiling like that? Is it just arrogance? Does he have some secret reason for liking Yeon Doo? (Please tell me they are not long-lost first loves because I will throw my computer.) Is it just stiff acting from an inexperienced actor? I guess only time will tell. Lee Won Geun does seem to be a bit wooden so far, especially next to the firebrand that is Eunji, but the script hasn't given him a ton to do yet, so I'm willing to suspend judgment for now.


Even if he ends up being a little stiff, I can't say that I necessarily mind. Under normal circumstances, being pleasant and having a nice smile aren't enough to cover bad acting, but if there's anywhere to get some practice in a lead role before really jumping into the big leagues, it's a teen drama. I mean, Taecyeon and Suzy weren't exactly Academy Award-winning material in Dream High, but that never hindered my enjoyment like it would in a different genre.

We have some hints that Cheer Up can be more than just a fluff cheerleading piece, taking on some of the more serious issues that students face. If it can keep up the balance between serious and joyful, I think I'm going to enjoy this ride very much. 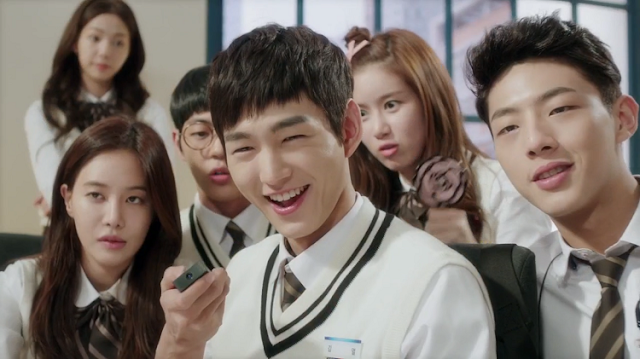 P.S. I know this series got abysmal ratings for the first episode in Korea, so let's all keep our fingers crossed that it doesn't get cut short, shall we? Please tell me that there are more people in the international audience watching this one! I'm not watching alone, right? ...Right?