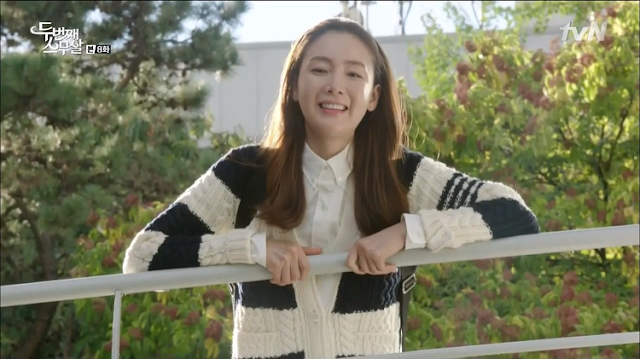 Long ago, I blogged about why I love K-drama beginnings and get bored when most shows reach the halfway point. Back then, I started developing the terrible habit of watching until the last 2-3 episodes and then never finishing a drama.

Over time, that habit has gotten increasingly worse. I used to agonize over dropping anything after the first 2-4 episodes, but now I have a massive pile of shows I dropped by episodes 8-10, and I really have no intention of going back. Life's too short to waste watching boring dramas (sorry, Yongpal).

My mid-drama boredom is such a regular part of my drama-watching experience at this point that I sometimes catch myself bracing for the slump episodes. Every once in a while, though, there's a show that somehow manages to avoid the mid-series slump, and, even more rarely, there are shows that just get better and better as the series progresses.

Twenty Again is one of the latter shows. It started with promise, but there were a lot of things about the first few episodes that could have gone horribly, horribly awry. Fortunately, they didn't, and we ended up with a (mostly) satisfying series.

Premise: Ha No Ra (Choi Ji Woo) was a promising dancer in her youth, but when she had a child and married at the age of twenty, she gave up on her dreams and became a devoted wife and mother. Now, twenty years later, her jerk husband (Choi Won Young) wants a divorce and her jerk son (Kim Min Jae) is headed off to college, so No Ra decides to live out her dreams and head back to school. Little does she know that one of her professors is Cha Hyun Suk (Lee Sang Yoon), who loved her in their teenage years.

What made Twenty Again such a satisfying watch is that, from start to finish, it's all about No Ra's progression. She starts off as a sad housewife with no real sense of self, and we gradually see her blossom into a confident individual over the course of the series. Nearly all of the side characters and plot developments work together to highlight No Ra's story. 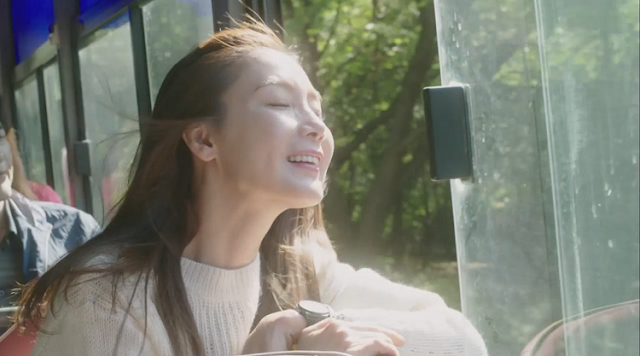 I appreciated that the drama skipped opportunities to give us the typical massive Dramaland obstacles, opting instead to give us a fairly quiet story. No Ra's growth felt real, and I was far more invested in her progress than I would have if her husband had her framed for murder or she suddenly ended up with amnesia or something.

While I love a dastardly drama villain as much as the next person, I found the depictions of Woo Chul and Yi Jin particularly refreshing. Yes, they do selfish and petty things over the course of the series, but they do selfish and petty things that are completely in the realm of what normal people might do. Even if you dislike them, you rarely hate them (except in some of those Woo Chul flashbacks). 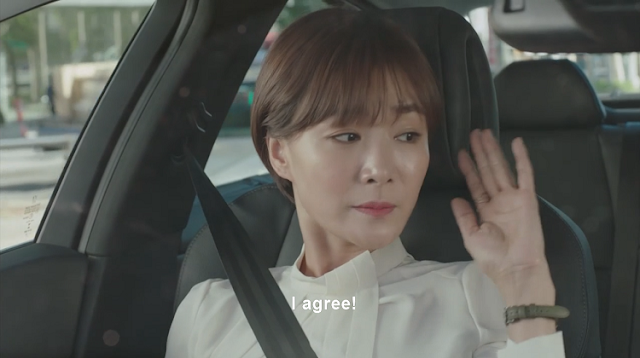 When No Ra first entered Yi Jin's classroom, I was convinced that Yi Jin, as the antagonist, would make No Ra's life a living hell and try to get her kicked out of school. Instead, after giving her a hard time on the first day of class, Yi Jin actually grows to like and respect No Ra, something I never would have imagined. It was a small detail in the writing, but those kinds of details made the drama world come to life for me.

I also really enjoyed how, instead of overshadowing No Ra's personal journey, the romance between her and Hyun Suk always supported that journey first and foremost. Okay, sure, I thought Hyun Suk was way too petty for way too long and sometimes I had my reservations about where the romance was headed, regardless of how handsome Lee Sang Yoon and his dimples are, but overall, I thought the romance was handled in a realistic and thoughtful way.

What bothers me about many dramas is that the romance often revolves around what the male lead wants. He takes a liking to the female lead, and then suddenly we have to watch as he makes her the object of his affection. Even romantic gestures become the fulfillment of his fantasy rather than hers. He gives her a makeover so that she can look "worthy" to stand by his side. He drags her around by the wrist so that she will listen to his feelings. The list goes on and on.

Twenty Again reverses the trope. Every gesture Cha Hyun Suk makes isn't for his own sake, but for No Ra's. His focus is never on gratifying his own desire to be with No Ra or make her "his woman," but rather on helping No Ra accomplish what she wants. Even his jealousy towards Woo Chul isn't so much about another man "possessing" the woman he loves as it is frustration at seeing the man No Ra chose treating her like she has no value. Sure, he misunderstands No Ra every once in a while, but even then, he's trying to put her needs ahead of his own. 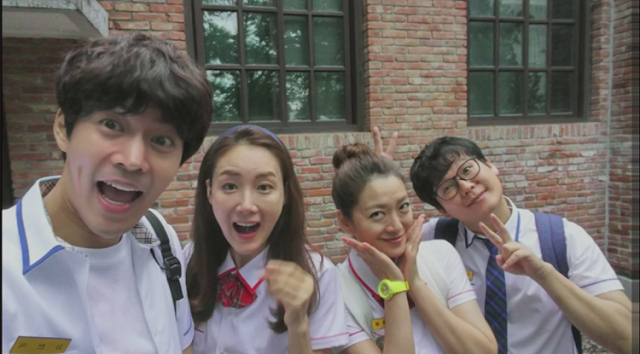 As I said, this series gained momentum as the series progressed, and there were a few episodes in the middle (episode 6 comes to mind) that were some of the most enjoyable drama episodes I've ever watched.

Then we got the last two episodes.

Now, I know a lot of people were angry with the conclusion of episode 15, but I actually appreciated the move in some ways, even if it wasn't the direction I would have preferred.

If Hyun Suk had a major flaw, it was that he couldn't let No Ra do things for herself. He was so eager to help her that, even after she repeatedly expressed her desire to do things on her own, he still tried to step in behind the scenes. We also have to remember that No Ra just got out of a 20-year relationship where she was completely dependent on her spouse, so it's natural that she is particularly sensitive to other people trying to coddle her. From that perspective, it makes sense that No Ra would cut ties until she felt confident in her ability to take care of herself and Hyun Suk could understand the boundaries of when to help and when to step back a little bit better.

Even though I understand that move, the execution of the last two episodes left me a little dissatisfied.

First of all, No Ra was terrible at communicating why she needed space. Second, episode 16 didn't actually convince me that either one of them really learned anything. Instead of showing Hyun Suk understanding No Ra's position and No Ra understanding that she could still be her own person even with someone by her side, the writer opted for a traditional time jump. Yes, No Ra got a job and supported herself financially, but otherwise, it sounds like it was just three months of them pining away for each other pointlessly. When they decided to get back together, it kind of felt like "Welp, we're almost to the end of this episode, so let's get things moving!" instead of a natural step as the result of mutual growth, making episode 15 seem entirely useless.

If they were just going to get together with an awkward kiss at a random time anyway, why bother separating them at all? I'm sure the viewers would have preferred a finale full of happy No Ra/ Hyun Suk scenes instead of apparently purposeless angst.

I loved loved loved loved the final scene and its callback to No Ra's earlier experience in the park, but otherwise, the post-confession relationship in the finale was kind of a letdown as well. I can't quite put my finger on what was missing, but the chemistry of the earlier episodes wasn't really there.

I don't need to see them tearing each others' clothes off, but these are two people in their late thirties who are supposedly madly in love! I mean, Min Soo didn't exactly come from the stork, so we know No Ra knows something about physical intimacy, even if it's been years. I don't think they needed some super sexy scene or anything, but there was so little physical interaction in the last episode that their relationship almost came off as platonic rather than romantic.

My only other enormous beef with the series was the whole Min Soo/ Hye Mi loveline. I guess Min Soo kind of grew on me as a character, but the two of them together felt like a giant waste of time. Maaaaaaaaybe if they had been better actors, their scenes wouldn't have been so incredibly irritating, but the writing didn't really do them any favors either. I found myself chanting "Truck of Doom! Truck of Doom!" every time the two of them popped up on the screen.

Yes, Twenty Again had some rough patches in the beginning and the end, but the middle sections more than make up for it. I was surprised at how much this show moved me, and at the end of the day, that's enough reason to watch. 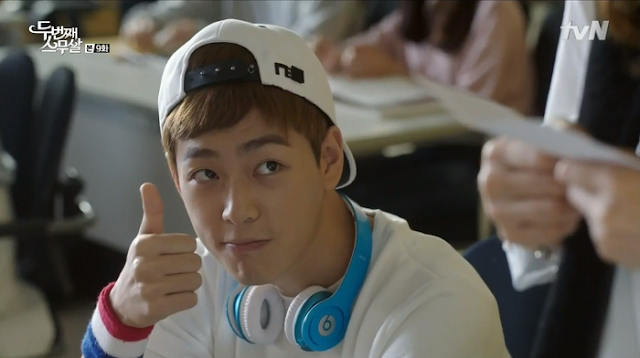 Where to watch Twenty Again:
DramaFever