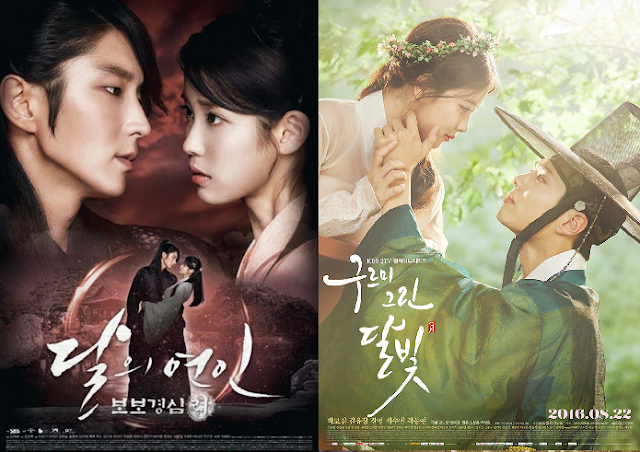 It's no secret that Moon Lovers: Scarlet Heart Ryeo and Moonlight Drawn by Clouds were pitted against each other, even if indirectly. Two fusion sageuks with pretty, fresh-faced cast members airing in the same time slot were bound to draw some comparisons, even if the shows ended up being drastically different. So was a sweet cross-dressing romance enough to beat out a multitude of flower boys? Let's discuss! 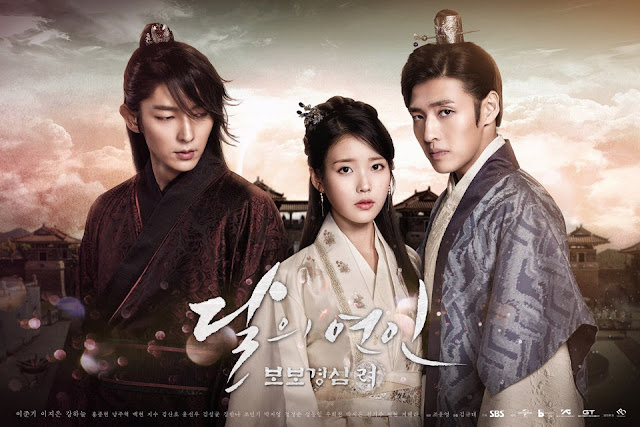 This drama. SO MANY FEELINGS. Where do I even begin?

Scarlet Heart (as I'm going to refer to it from here on out) captured me from the beginning. Even though there were weird production flaws, this show was more engaging than any simulcast I've seen in a long, long time. I found myself invested in the fate of the characters (at least the central triangle), and I really couldn't predict where the show was heading, something that doesn't happen often after this many years of drama watching.

What really captivated me was that the stakes felt real. Even though it was a fusion historical, the series never shied away from the bloody, dark aspects of life in Goryeo. There weren't easy answers to every conflict in the show, and characters had to make legitimately awful decisions without any K-drama magic to sweep away the consequences. Sometimes that meant that I absolutely couldn't root for the female lead to choose either male lead, but it also meant that the characters felt multilayered, interesting, and—most importantly—unpredictable.

I particularly love how the drama handled (Spoilers ahead!) Wook's transformation. I completely understand why Soo would fall for the sweet, gentle scholar who teaches her how to read instead of the hotheaded serial killer, and for many episodes, I had no idea how they could ever make her stop loving him. Then episode 11 happened, and I understood. Suddenly, you see how he's had a pattern of indecision throughout their entire relationship, even in the good times. You remember all those times he caved to the pressure of family loyalty, even back in the beginning. Maybe he turned totally evil a little too fast, but just as much as I understood why Soo loved him in the first place, I also understood why they eventually broke up.

The narrative conflict also set up my other favorite aspect of the show: the men couldn't save the damsel in distress. In pretty much every other K-drama in the history of K-dramas, the male leads will swoop in at the last minute to save the lady fair, but that didn't happen here. On not one, but two occasions, the male leads stood by helplessly as Hae Soo faced death, and in both cases, Hae Soo was saved by women willing to make sacrifices that the men wouldn't. For a majority of the series, the writing really respected its female characters and filled the palace with clever, powerful women who were both heroes and villains.

As a final plus to the show, we have Lee Joon Ki, who absolutely slayed in every scene, as did his early-episode hair. Yeah, let's just all remember his glorious mane before they decided to time jump and crimp his bangs...

Aside from Lee Joon Ki's run-in with the crimping iron, there were plenty of problems with this show, which even I'm willing to admit. The last handful of episodes were kind of a hot mess, so I'll just list some of the issues for you:

The show devolved into Nonsenseville, so it was really hard to care about anything anyone did at the end of the show. It's a pity because so much of the drama had so much potential. 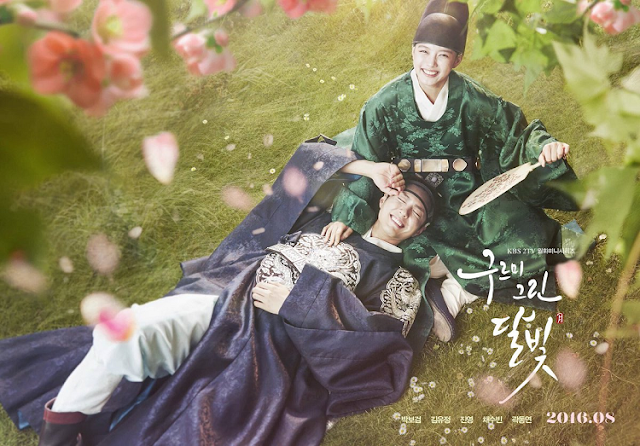 Let me just get this out of the way: You're not going to like my review.

On paper, Moonlight Drawn by Clouds is a far superior drama to Scarlet Heart. The writing is smooth. The production is clean. The music makes sense. The leads are both talented actors who also happen to be so adorable that you just smile when you see them on screen.

Because the leads (and particularly Park Bo Gum, who got the more entertaining role of the pair) are so likable, it's easy to root for the romance, and the writers knew it. There's no shortage of squee-worthy moments sprinkled throughout this very, very pretty series. 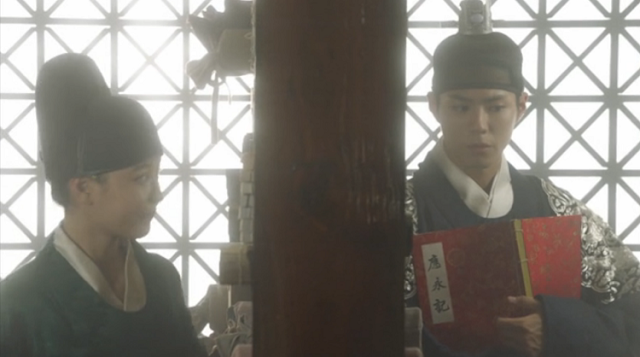 The Not-So-Good Stuff (Don't Hate Me for Being Honest!)

Given the general adoration this show got (especially in comparison to Scarlet Heart), I know this isn't going to be a popular opinion, but I couldn't actually finish this drama.

Maybe this is a case of "It's not you; it's me." I fully recognize that the production was good and the acting was wonderful, but I watched a full six episodes and just completely lost the will to keep going. At first, I felt like I must be the only one who felt this way, but then I saw that Amanda from Outside Seoul had written two posts articulating pretty much exactly what kept me from feeling engaged. (But seriously, is she a mind reader? Because I had been composing thoughts in my head and she basically said them word for word).

What it comes down to is that Moonlight Drawn by Clouds suffered by comparison to two other shows: Sungkyungkwan Scandal and Scarlet Heart. Sungkyungkwan Scandal is one of my all-time favorite dramas, so when I saw Moonlight Drawn by Clouds with the exact same group setup, it was hard not to see the second and third male leads as a poor man's Song Joong Ki and Yoo Ah In (though Park Bo Gum's character was leaps and bounds more charming than Yoochun's snooty scholar).

I also found the female lead in Moonlight far less compelling. Kim Yoo Jin is a talented young actress, but I felt like her character had very little development (at least in the episodes I saw) in comparison to the lead in SKKS. She was just cheerful and ran around the palace. We knew so little of her dreams or ambitions that it was hard to connect. Maybe if I loved SKKS a little less. I wouldn't have cared, but every episode just made me wonder why I wasn't marathoning the best parts of SKKS instead.

When it comes to the Scarlet Heart comparison, I get that Moonlight, even in the early episodes, has better production value. That being said, it's so clean, cute, and sanitized that I found myself far more eager to immerse myself in the gritty, complicated world of Scarlet Heart. What made me drop Moonlight was watching a scene where the prince supposedly has to give up the female lead to protect the country, but then—SURPRISE!—we find out that he actually had a plan to save her all along! I made the mistake of watching that episode right after Court Lady Oh's magnificent episode on Scarlet Heart, where there was no such thing as getting out without losing something, and suddenly all of the neat little resolutions in Moonlight lost my interest.

Moonlight was probably a better-executed show overall and Scarlet Heart ran off the rails at the end, but when Scarlet Heart was good, it was so very, very good.

What did you think of these two? Did I get it totally wrong? Convince me!

Where to Watch Moonlight Drawn by Clouds