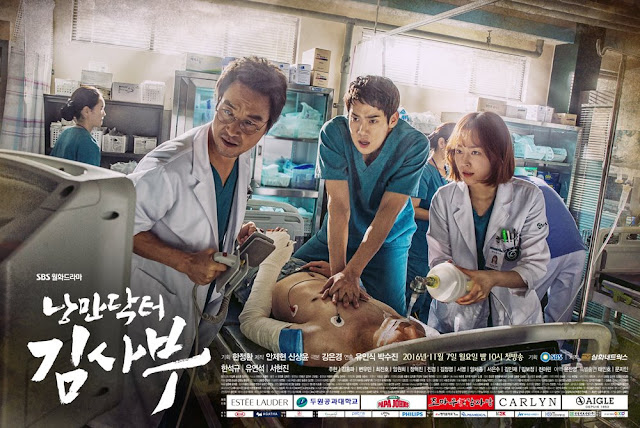 Medical dramas are not my thing by a long shot, but if you put Yoo Yun Suk and Seo Hyun Jin in a room together, there's no way I'm not going to tune in for at least an episode or two to see the sparks fly. Enter Romantic Doctor, Teacher Kim (shortened to the only slightly less ridiculous Doctor Romantic on the international version). How's it faring so far?

What it's about: There are two talented surgeons (Yoo Yun Suk and Seo Hyun Jin) who both have tragic pasts and both end up in a tiny hospital in the boondocks with another talented, but very weird surgeon (Han Suk Kyu), who, I assume, will mentor them all out of their emotional wounds.

No, seriously. It's like they crammed the plot of an entire series into one episode. Within the premiere, we got to see all of the following things (Do you need a spoiler alert if it's all within the first hour?):
Phew! Yeah, the first episode wasn't even messy; it was just plain insane. All of these dramatic things kept happening every 30 seconds, but there was no time for the emotional beats to land. If they had split it over at least 2 episodes like most shows do, it probably would have worked better.

The there's episode 2, where the pace makes a lot more sense and we finally get to meet all of the characters, but I'm still not really sure what to expect from the weird mishmash of tones.

That being said, I loveloveloveloveloved Seo Hyun Jin's character, Yoon Seo Jung, especially in episode 1. She's smart, fun, charming, confident, and a badass at her job. I was sad to see her so tame in episode 2, but I'm hoping it's just a matter of time before she gets back on her feet as her former fiery self.

Even though I didn't like the forced beginning of the kiss, I also see a lot of potential for solid chemistry between our two leads. They both do romance very well, and Yoo Yun Suk, like Seo Hyun Jin, is immensely charming when given the chance. Toss in Han Suk Kyu, who you know will be interesting, and it's a pretty irresistible combo, regardless of the wacky writing. With lead actors like these who are all so charismatic, it's hard not to want to give the show the best shot possible.

Do I know what to expect? No. Will I keep watching just for the acting and the promise of better kisses down the line? You'd better believe it. 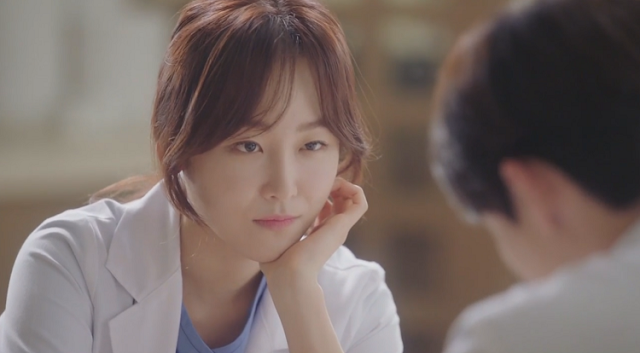 Where to watch Doctor Romantic: