Given that 2016 was the Year of the Dropped K-drama, I'm determined to choose my shows more wisely this time around. Enter the latest batch of dramas. While I haven't had time to give everything a try yet, I do have some first impressions on a few: Introverted Boss (aka My Shy Boss), Missing 9, and Voice. These three dramas couldn't be farther apart in terms of style, genre, and tone, and I was a little surprised by which ones are working so far. 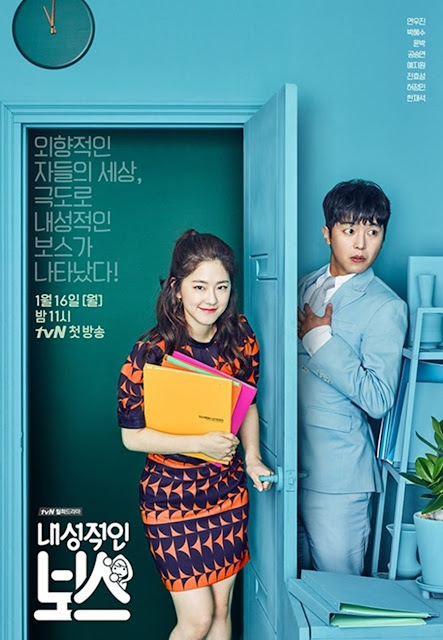 What it's about: A "shy" CEO (and by "shy," they mean suffering from a serious anxiety disorder) ends up with an "outgoing" employee (and by "outgoing," they mean unaware of other people's boundaries) who is determined to exact revenge on him.

First impressions: This was supposed to be my one big hope for 2017. The writer/director combo behind Marriage, Not Dating, one of my favorite rom coms of all time. A promising cast that I generally enjoy. A reversal of the shy girl/ outspoken guy dynamic of most shows. What could go wrong?

Well, for one thing, the length. There is no excuse at all in the history of rom coms that would justify the bloated episode length, and it's made even more egregious by extending the worst possible scenes (like the slow-mo running at the end of episode 2—why?)

The bigger issue, though, is that it's tough to connect with the female lead. Yeon Woo jin is doing great at making his anxious CEO relatable, but poor Park Hye Soo really didn't have much to work with at first. I don't dislike her character as much as the pitchfork-sharpening masses seem to, but I found myself rooting for the male lead to just ditch her and get together with his secretary before the romance even had a chance to start.

Toss in the fact that I tend to be mildly socially anxious myself and watching all of Yeon Woo Jin's scenes were almost borderline painful, and it's just not a show I'm eager to continue. 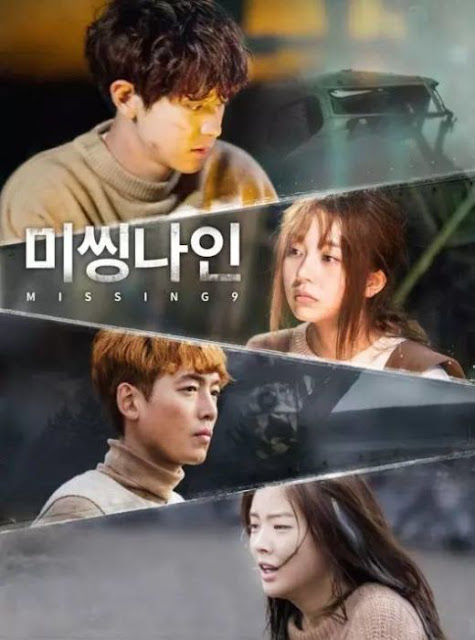 What it's about: A plane from an entertainment company crashes in the ocean, leaving all of the survivors trapped on a deserted island.

First impressions: This is such a weird mishmash of a show—one minute everyone's laughing, and the next minute, creepy murder music starts playing. It crosses genre lines every single episode, so I'm still not sure what to expect with any scene.

Even though I see how the series might be jarring for some, it really works for me. I never saw Lost, so it doesn't suffer by any plot comparisons, and I like how there are so many moving pieces to the story that I don't ever quite know what to expect. If you're not into murder mysteries, you can enjoy the romance or the buddy comedy or the melancholy tragedy that all manage to fit into every hour.

Don't let the depressing promo materials or Jung Kyung Ho's terrible tan hair scare you away; this one's worth a watch. 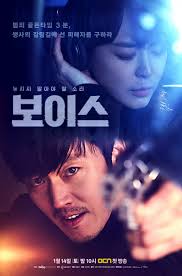 What it's about: A 911 operator with unusually amazing hearing (Lee Ha Na) teams up with a grumpy detective (Jang Hyuk) to solve a case that ruined both their lives (plus a bunch of other cases along the way).

First impressions: For a drama I picked up on a whim, it's surprisingly enjoyable. Sure, you have to ignore some of the plot inconsistencies and try not to ask too many questions about Kwon Joo's magical hearing powers, but I find that the episodes go by quickly and the cases of the week are engaging (though not for the squeamish).

One thing that sets this apart from similar OCN thrillers—of which I've seen a few—is the development of the female lead. I thought once Jang Hyuk joined the cast that Lee Ha Na's character would be sidelined, but so far that isn't the case. She isn't the sidekick helping him solve crimes; she's his boss, and she acts like it. I love how she demands professional respect and calmly ignores him when he questions her authority. I also love how she's really the one calling the shots on most of the cases. While it remains to be seen if the focus stays the same throughout the series, it's a promising start.

What are you watching?

Have you tried any of these shows? Are there other new premieres you'd recommend? Let me know!

Note: After a recent layout switch, we're seeing comments posted before April 7, 2017 missing on a few posts. We're working on a solution, and in the meantime, any new comments you leave will work!
Labels: Introverted Boss Missing 9 new kdramas simulcasts Vivi Voice