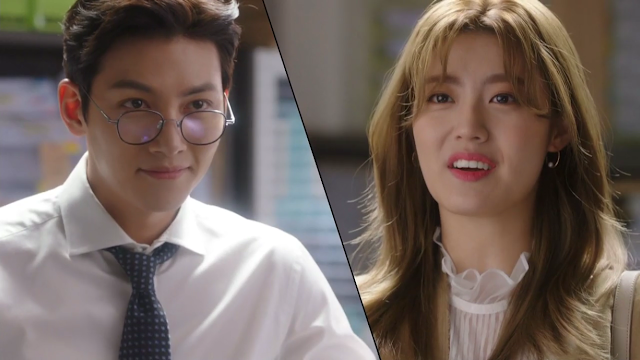 Ji. Chang. Wook. Need I say more? Ever since Healer stole my heart, I've been waiting for him to star in another solid romance. (Sorry, but Yoona dancing with a packet of ramen kinda killed The K2 for me.)

And here he is—in a romcom penned by the writer behind the oh-so-enjoyable I Remember You, no less. Of course that means I was going to pick up Suspicious Partner (aka Love in Trouble) the moment it aired.

What it's about: I...am not even really sure since so much was crammed into the first batch of episodes. So there's this woman, Eun Bong Hee (Nam Ji Hyun), and she's studying to be a lawyer. She keeps having run-ins with upright prosecutor Noh Ji Wook (Ji Chang Wook). And then she gets framed for murder. And there's what appears to be a serial killer on the loose? Oh! And there are some side characters who I'm pretty sure are important to the backstory, like Ji Eun Hyuk (Choi Tae Joon), who is either going to be a charming little puppy or turn out to be the serial killer, or possibly both.  ¯\_(ツ)_/¯

*The networks are testing out a new format where they break each episode in half with a commercial break in between, so what looks like four episodes is really only two.

For months now, all I've really wanted is a good crack drama—one that's not so dumb or sexist or terribly written that it makes you fast forward everything, but also a fast-paced watch that keeps you coming back for more without making all your brain cells hurt.

Suspicious Partner might just be that drama. As we've established, I'm a diehard Ji Chang Wook fan, and this role is already playing to his strengths. The entire charm of Healer was that it let him be a little charming, a little badass, a little emotional, and a little goofy all at once. Suspicious Partner appears to have a similar setup, and I'm getting Healer flashbacks (in the best possible way) when I see him doing those slight facial movements that convey so much emotion. Here's an actor I can fangirl for shamelessly because I don't feel at all in doubt about his talent.

Then you have Eun Bong Hee, who I'm already loving from the get-go. I only recently caught up on the joy that was Shopping King Louie, but I really enjoyed Nam Ji Hyun's  role there, though that was my only experience watching her. Within the first couple of episodes in Suspicious Partner, I'm even more impressed—loose cannon Bong Hee is the perfect foil for the straightlaced Ji Wook, and Nam Ji Hyun has shown impeccable comedic timing and ability to throw her whole body into a scene for comedic effect.

Even better, though, is how well the two work together. That scene in the hotel had me laughing out loud, and I'm all in to see how sparks fly every time they interact.

But what's all this about a serial killer?

I know what you're thinking. If you're anything like me, you have Strong Woman Do Bong Soon murder dungeon trauma, and you don't want any stupid killers throwing off the tone and ruining the romantic fun.

Well, I guess this is one of those cases where we'll have to trust the writer. I Remember You managed to blend an interesting thriller with likable characters and a sweet romance far, far (and I mean far) better than Strong Woman did. So far, that aspect of the plot doesn't really worry me because it seems to be following in I Remember You's capable footsteps. Even within Suspicious Partner's premiere week, the tone felt much more consistent and the killer felt far less peripheral to the story than in Strong Woman.

I feel like every time I set myself up to love a show and announce that love publicly, my heart gets smashed to smithereens. And yet, here I am, giving Suspicious Partner the benefit of the doubt and hoping that at least Ji Chang Wook won't let me down. 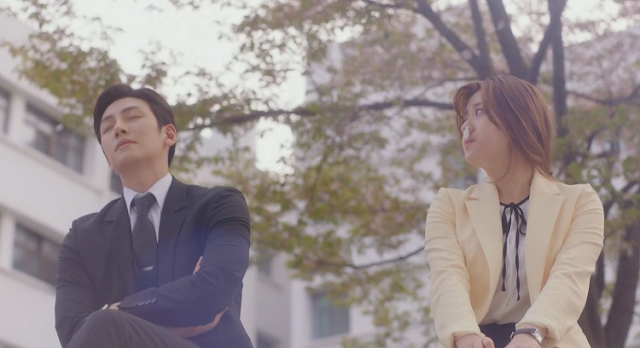 Where to watch Suspicious Partner/Love in Trouble