My Secret Romance K-drama Review: Is Sung Hoon in a Suit Enough? 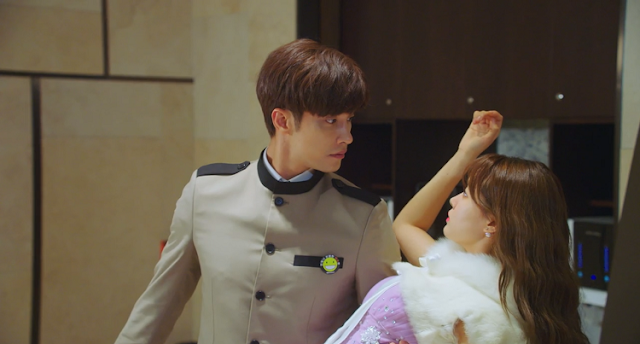 Let's get right down to the review. My Secret Romance had only 13 episodes—and I still fast forwarded 90% of the last four episodes.

At first, the show promised to be a little on the silly, cheesy side, but also pleasantly romantic. While there were some cute moments between the leads at first and I definitely enjoyed Sung Hoon's comedic timing (and handsome face), eventually the show just couldn't get around the fact that it was completely and utterly boring. Like read-things-on-my-phone-while-the-leads-kiss boring.

1% of Anything, which shared a director and a similar setup with My Secret Romance, managed to pull off a show where the main purpose was romance. But what mostly worked there fell through here for a couple of reasons. First of all, that show had 16 episodes, but each episode was only 30–40 minutes long. Maybe with a slightly shorter runtime, My Secret Romance could have avoided the endless stream of flashbacks and completely nonsensical angst that made up the last third of the drama.

The second big difference was the female lead. In 1% of Anything, Jeon So Min brought Da Hyun to life, and she had a spark to her that made her fun to watch and helped carry the show on the power of sheer chemistry alone. In My Secret Romance, Yoo Mi is basically a walking, talking, hiccuping log. You kind of have to wonder why Jin Wook wants to date Yoo Mi when she does nothing but look wide-eyed and terrified every time she interacts with him.

I think this is a case where a better actress or a better-written character would have made a huge difference, but as it was, I felt kind of uncomfortable watching Jin Wook overtly pursuing a woman who seemed completely afraid of him and was sending clear signals that she wanted nothing to do with him. (That's sexual harassment, for the record.) Sung Hoon's not the best actor in the world by any means, but I think he had enough charm and humor to pull off this level of romance. Song Ji Eun, on the other hand, couldn't quite hold up her end of the chemistry, which didn't help an already flimsy show.

To be honest, I couldn't help but feel that Yoo Mi would have been better off dating her best friend because he was the only person she seemed comfortable around. It wasn't really second lead syndrome, but more a desire for her to not have to be so startled all the time.

Of course, the entire show wasn't a complete failure. As I said earlier, the romance in the first few episodes was pleasant, and the show definitely leaned on Sung Hoon to pull his weight as handsome, funny eye candy. He didn't fail. If this series had just been him hanging out at the playground, playing with children as moms hilariously ogle him, I probably would have felt okay about that.

I also thought there was a really interesting story hiding beneath the surface with Yoo Mi and her mother's relationship. My Secret Romance kind of addressed why Yoo Mi feels so embarrassed about sex, but it would have been interesting to see more character development there, and there was some  potential to have a really interesting discussion about the ways women internalize sexual guilt.

Of course, I was probably hoping for too much from a series like this, but mostly I was hoping for something—anything—to make Yoo Mi more human.

Would I recommend My Secret Romance?

If you're okay with super, duper light fluff, maybe the first half of the series is okay. Or just skip to episode 8, watch some kissing and Sung Hoon being the handsomest pied piper of children ever, and move on to better shows. 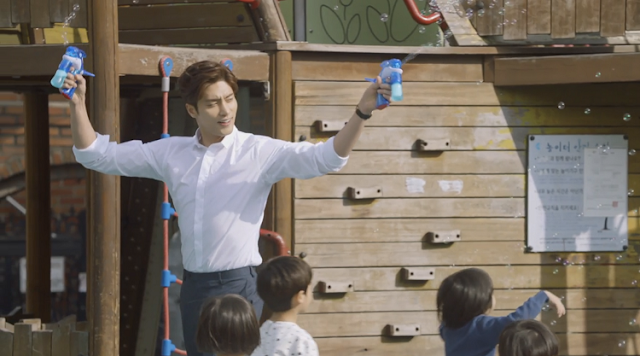 Where to watch My Secret Romance
DramaFever