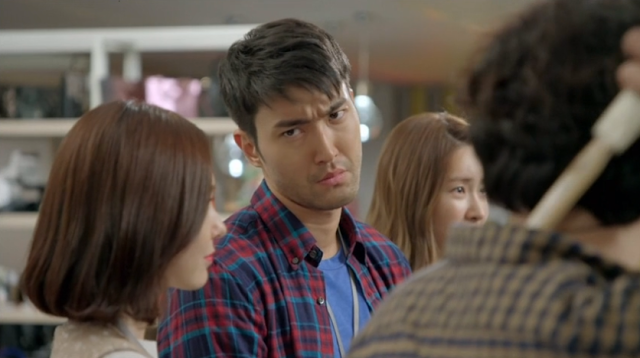 It's been a while since I've had a good bout of Second Lead Syndrome—the kind where you spend half the series clutching your heart and shouting at the screen because you know deep down inside that the female lead of a K-drama is going to pick the "wrong" guy.

Recently, I've been in weird limbo with The Best Hit, and I can't tell if my heart is going to be crushed by second lead syndrome for Ji Hoon or if he's actually the romantic endgame for our female lead this time. Usually K-dramas are so blatant about the central pairing that I haven't been this confused since Answer Me 1988 In this case, though, I think it's less about stringing the audience along and more about developing non-romantic parts of the story, which I'm okay with.

Either way, the whole thing's got me reflecting on all my favorite second leads of yore. Here are my 9 favorite K-drama second male leads of all time—the ones I would have picked in a heartbeat if I were in charge of writing the script.


1. Kim Shin Hyuk (played by Siwon), She Was Pretty

I've said this before, and I'll say it again: I started this series for Park Seo Joon, and I stuck around for Siwon. Siwon stole the show with Shin Hyuk, and this is one case of Second Lead Syndrome where I genuinely think the leads should have swapped partners. Shin Hyuk's quirky sense of humor seemed much better suited to Hye Jin's personality than stick-in-the-mud Sung Joon's grumpiness.

What made it all worse is that Siwon really threw himself into this role and proved himself as an actor better than any of his previous roles (at least the ones I've seen). And then he finished this show and ran off to military service, and we haven't been able to see him in a leading role since. Sigh.

Full She Was Pretty review 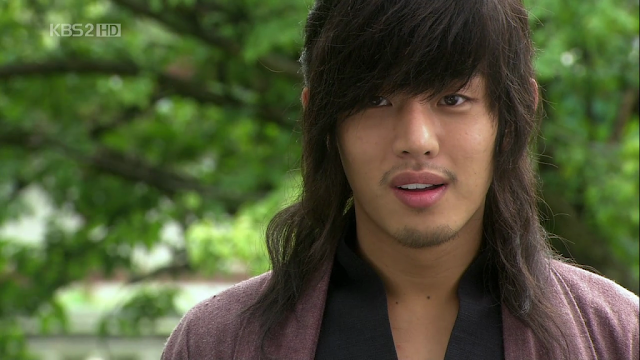 Geol Oh. Ohhhhh Geol Oh, my first true K-drama love. In the context of Sungkyungkwan Scandal, I guess I kinda sorta get why Yoon Hee picked who she did, but you'd better believe that if I found myself hiding out in Sungkyungkwan, I'd have heart eyes only for our tousled, grumpy warrior.

I was already rooting for him as the scruffy Batman type, and then, THEN they went and gave him nervous hiccups around women, and I was a goner. 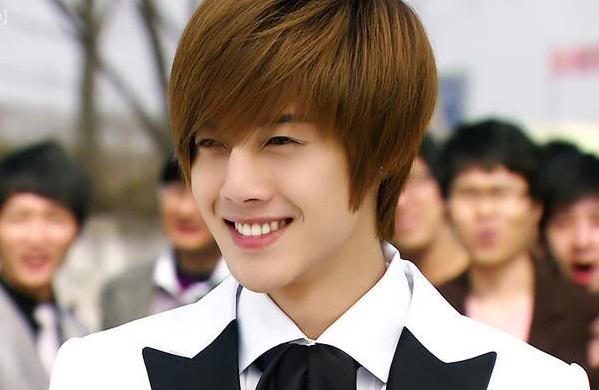 This was the first drama where I actually googled who the female lead chooses as I was watching the show. It was also, incidentally, where I first encountered the term "Second Lead Syndrome."

Jun Pyo spent the entire series being a terrible person. There, I said it. He opened the series bullying someone into attempting suicide. Then he bullied Jan Di into dating him. And you know what? Even if he fell for Jan Di, I never got the sense that he really got over his terrible personality.

Then you have Ji Hoo, who is kind and supportive. Unlike other second leads who never really have a shot with the female lead, Ji Hoo is not only Jan Di's first love but also—as a fortune teller informs the audience in the most rage-inducing piece of second-lead info ever—her true soulmate. Thanks for nothing, fortune teller.

Continuing with the theme of "female leads who have nonsensical taste in men," we get to Dating Agency Cyrano, where I spent the entire series wondering what on earth sassy Min Young saw in boring, emotionally stunted Byung Hoon when she could have been dating smart, fun, kind chef with a bad boy side (and Lee Chun Hee's face), "Master."

Out of all the shows on this entire list, I think this one might win for the biggest discrepancy in quality between the first male lead and the guy relegated to the sidelines. I don't get it. I really, really don't. 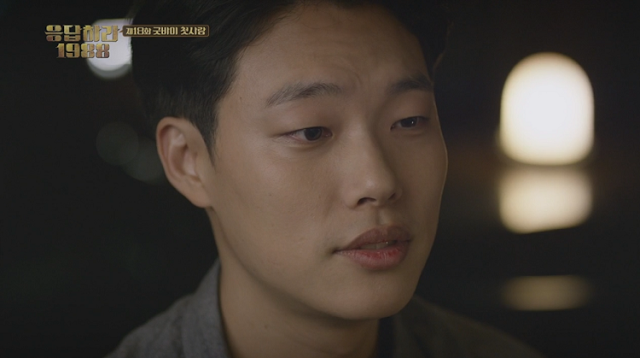 Is it really any surprise that one of the Answer Me series made it to the list? I managed to root for the right guy in the first two installments, but I kinda feel like the Answer Me gods visited their wrath on my heart tenfold with Jung Hwan.

It's not that I disliked Taek as a husband—it's that a giant chunk of the narrative structure was built to make me feel root for Jung Hwan, and then we got the rug pulled out from under us and didn't even get a satisfying resolution to his story. No, I'm not at all bitter about this anymore! (Yes, I am.) 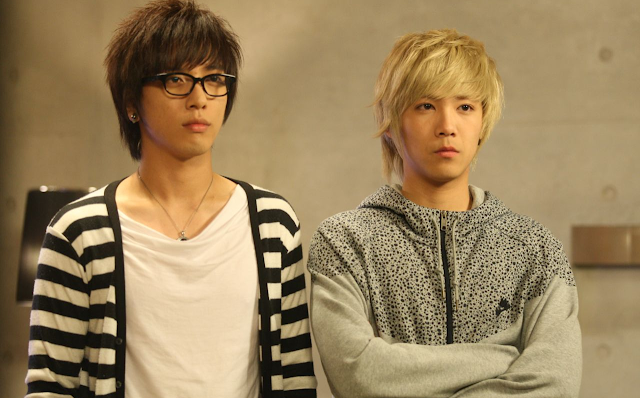 Pretty much anyone—anyone—would have been better than Jerkface McJerkerton Tae Kyung. I think this might be where my weird aversion to Jang Geun Suk comes from. Try as I might, I cannot talk myself into watching any of his other shows after the trash fire that was this romance. 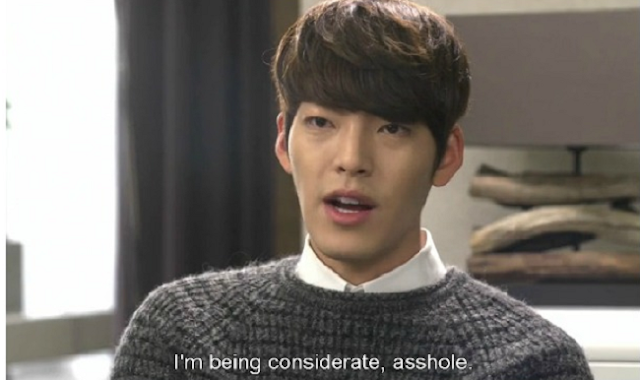 Ok, if I had a friend who asked me if she should date Kim Tan or Young Do, I would probably tell her to ditch them both and run as fast as she could from that toxic school (and then sell that super expensive uniform on eBay or something). That being said, I couldn't help but root for Young Do, who Kim Woo Bin made genuinely intriguing and heartbreaking to watch in comparison to Lee Min Ho's Kim Tan, who had the personality of a potato.

Don't date bullies in real life. But maybe it's okay to clutch your heart a little when they're crying over noodles on a show. 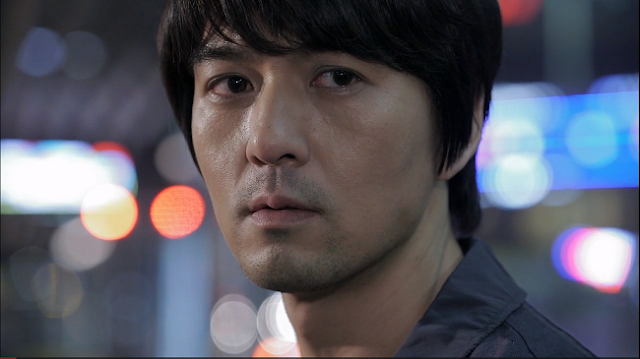 Coco and I were on exact opposite sides of the shipping fence for this show. She was 100% in favor of Chang Min and his rippling muscles, and meanwhile I was pining away for Chief Gook, the scruffy, gruff second male lead (mayyyybe I'm seeing a pattern here with Geol Oh...).  I mean, just look at these texts I sent back in the day: 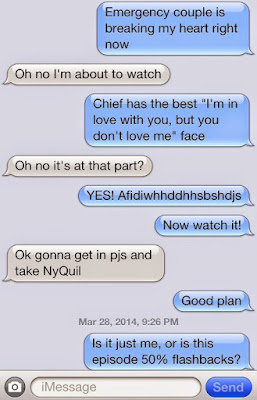 You know you've got it bad when you're insisting that other people share your second lead pain. 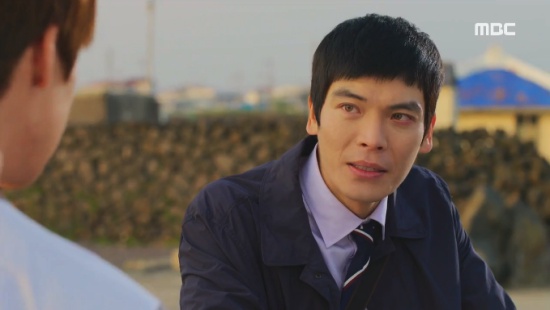 I loooooove me some Yoo Yun Suk, but the character of Gun Woo needed to fall off a cliff into the ocean, get eaten by fish, digested, and pooped out far, far away from Jung Joo so she could get over him and his emotionally manipulative ways and date the goofy mayor instead.

As if I didn't already love Kim Sung Oh enough, this role has endeared him to me forever. He may or may not have been the only thing that kept me watching to the end—that, and I was watching with a group of friends, all of whom kept squealing with glee whenever Hwang Wook showed up.

What about second female lead syndrome?

K-dramas are typically constructed to favor second male lead syndrome. In order to properly play out the reverse harem fantasy, show writers often make second female leads either completely irrelevant to the main loveline (aka the best friend with her own story going on) or a terrible bitch who no one would root for in the first place. Most second female leads are disqualified as actual threats to the central pairing the second they show up on screen, and they're relegated to being annoying plot devices that keep our leads apart for as long as possible until they pair up with the second male lead, turn so evil that they become murderers and go to jail, or both.

Still, second female lead syndrome does sometimes happen—In She Was Pretty, I for sure thought Hye Jin's best friend Ha Ri would be a better fit for Sung Joon (which would conveniently leave Hye Jin to date Shin Hyuk...), and I've heard from a lot of viewers that the second female lead in Doctor Strange far outshone the female lead.

My one true case of second female lead was Joseon Gunman, where Jeon Hye Bin's Hye Won had awesome chemistry with Yoon Kang, and I definitely wanted them to get together for the entire first half of the show (after which I dropped it so I wouldn't have to watch her go evil.) As it turns out, Lee Joon Ki and Jeon Hye Bin eventually started dating in real life, which makes me feel extra validated about the chemistry vibes I was getting!


But really, Second Female Lead Syndrome happens few and far between, and it's usually the men we're left heartbroken over at the end of the show.

Who's Your Worst Case of Second Lead Syndrome?

Have you ever suffered from Second Lead Syndrome? Who got you worst?

If you want to discuss more Second Lead Syndrome, check out this post from way back in the day, when we talked about all the reasons we catch (or don't catch) the second lead disease.