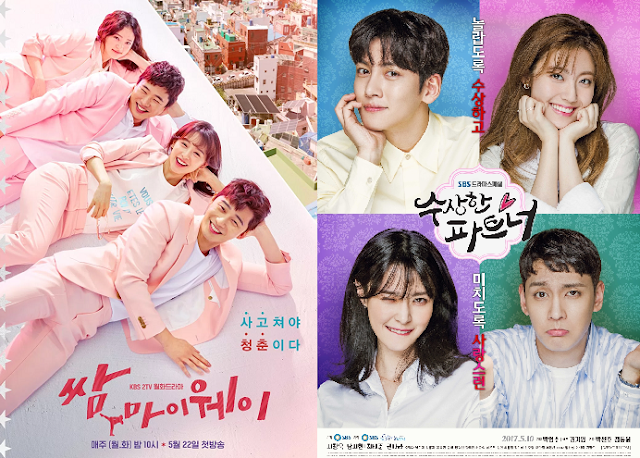 I started out last drama cycle with sooooooooo many shows on my list, but at the end of the day, I really only managed to finish two—Fight My Way and Suspicious Partner. Both had moments I really, really loved. Both also disappointed me in some ways. So let's review both shows and see how they fared! 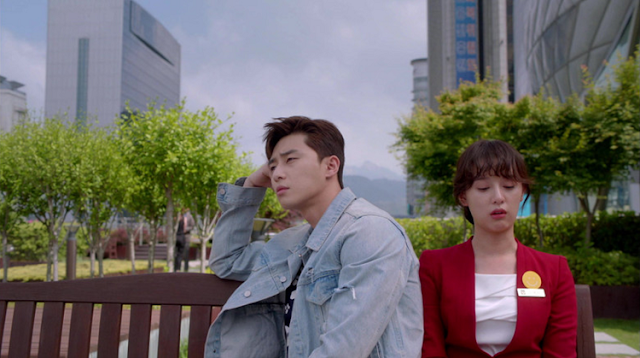 Fight My Way started off on the slow side, but wow, did it steal my heart somewhere in the middle. I'm a huge sucker for friends-turned-lovers stories and slice-of-life dramas, so this ended up being an extremely pleasant, at times laugh-out-loud funny watch filled with well-rounded, lived-in characters who felt like real people.

I loved Kim Ji Won's Choi Ae Ra from the get-go—she was brash and stubborn while still being vulnerable and human. It took me a little longer to figure out Park Seo Joon's Go Dong Man, but I ended up falling for him totally and completely by the end.

I don't know that I've ever seen a K-drama male lead quite like him. I mentioned this in the comments on my initial thoughts on the show, but in some ways he seems more like a K-drama female lead (in the vein of Weightlifting Fairy's Kim Bok Joo, for example) than a male lead. K-dramas are peppered with female leads who rely on brawn over brains and are a little dimwitted and naive when it comes to love, but have genuinely good hearts. That, to me, is Dong Man to a t. I kept being completely shocked every time he just blurted out whatever was on his mind, and I found it both refreshing and incredibly attractive (okay, Park Seo Joon doesn't hurt the attractiveness) how open he was willing to be throughout the entirety of the series.

Whenever you get interesting characters, there's always the fear that they'll stop being interesting halfway through the show, but these two never really lost their uniqueness.

I guess I have to mention the second leads.

Yeah, they existed. I guess while watching I was sorta invested in the character growth there as well, but today is a hot summer day and trying to analyze this part of the show makes me so sleeeeeeeepy and bored that I just..can't...muster...energy...to...care....

Is Fight My Way worth watching?

That would be a hearty yes from me. If you have any kind of emotions, even the minor side characters will grow on you—and if you have no emotions, at least you can enjoy lots of Park Seo Joon shirtless and bickering with a hilarious Kim Sung Oh. 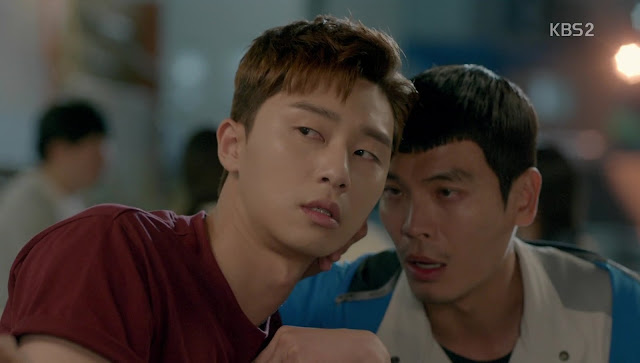 Where to watch Fight My Way:
Viki 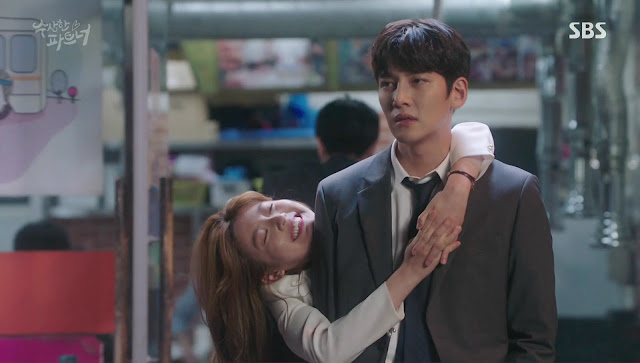 Suspicious Partner. A show that did so much right, and yet somehow I ended up forcing myself to finish it by the end.

All the good stuff

Ji Chang Wook and Nam Ji Hyun are a match made in K-drama heaven. They're both excellent comedic and dramatic actors, and sparks flew every time straightlaced Ji Wook interacted with the hot mess that was Bong Hee. Their romance was fun and filled with fantastic chemistry from episode 1. 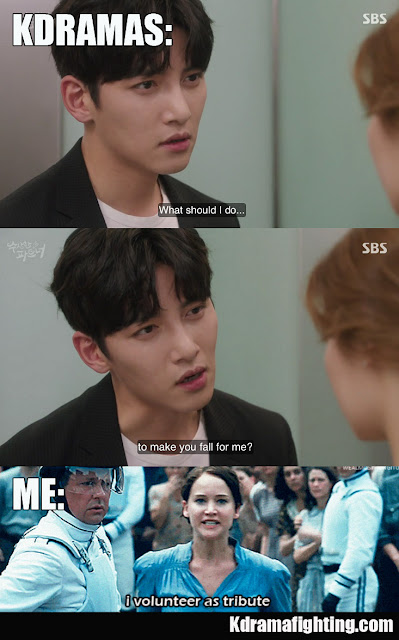 As we know from recent experience, a cute central couple alone isn't enough to keep a show afloat, and fortunately, this series filled its cast with talented actors playing fun supporting roles. Eun Hyuk and Chief Bang were two notable standouts, though it took a few episodes for me to shake Choi Tae Joon murderer vibes after his previous role on Missing 9. (So, SO glad he wasn't the murderer in this, or I probably wouldn't have been able to watch him in anything ever again.)

Even the murderer plot kept me engaged thanks to a winning turn from Dong Ha, though I do have to admit the whole "handsome, charismatic killer" thing wasn't quite as captivating the second time around from this writer after I Remember You.

Where it lost me

Towards the end of this drama, I was texting very whiny complaints to a drama-watching friend of mine, and she said she thought I was being overly hard on this show. That may be true, but I tend to get extra irritated when a show I really love wastes potential at the halfway mark.

If Suspicious Partner had been 16 episodes instead of 20 (or I guess 32 instead of 40 with the split-episode format), it might have become one of my all-time favorites. Instead, somewhere around episode 12, it started to lose direction, and I couldn't help but feel that every passing episode and nobly idiotic decision the characters made (seriously, how many times did we need to do the "Ji Wook hides the truth to save Bong Hee, but Bong Hee finds out anyway and wants to break up" cycle?) was more a function of needing to fill time than doing things the plot required.

Just think: at 16 episodes, we could have skipped the whole my-dad-maybe-killed-your-dad-so-we-must-not-be-together-because-reasons thing altogether, and I maybe would have saved myself some eyestrain from rolling my eyes so hard so much.

I really, really don't need every single character to be weirdly connected to every single other character on every single show. Sometimes people just meet and fall in love without their long-lost cousins possibly being related and/or maybe murdering each other in the past.

Is Suspicious Partner worth watching?

If you're okay with abusing your fast forward button for the last third, then yes. Even the plot slowdown couldn't diminish my absolute adoration for the Ji Chang Wook/Nam Ji Hyun pairing, and this show is still an excellent way to tide drama lovers over while Ji Chang Wook heads off to military service.