New K-drama Alert: Secretary Kim, Are You Human Too, and Life on Mars Reviews 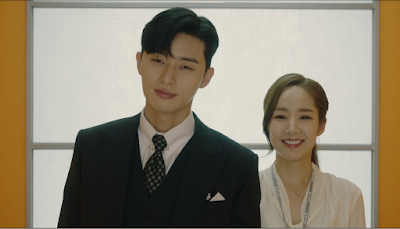 Another week, and more new K-drama premieres! This week was packed with a nice variety of genres, and the trifecta of What's Wrong with Secretary Kim, Life on Mars, and Are You Human Too? included a couple of the K-dramas I've been keeping an eye on all summer.

Given the drama slump of this year, I didn't want to get my hopes too high for What's Wrong with Secretary Kim or Life on Mars, so let's review and see how they've fared so far! 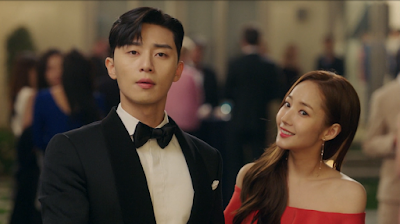 What it's about: Narcissistic heir Lee Young Joon (Park Seo Joon) finds himself at a complete loss when his faithful secretary of nine years, Kim Mi So (Park Min Young) abruptly tells him she wants to quit.

First impressions: I've been waiting with bated breath for What's Wrong with Secretary Kim. All I've wanted over the last few months is just one lighthearted romance with a smart script and a talented cast.

So far, this is exactly what I wanted. The rich jerk/perfect secretary trope isn't exactly new in K-dramaland, and there are a lot of ways that dynamic can get really tiresome really fast.

What I love about Secretary Kim though, is the way it subverts a lot of the things I tend to dislike about that setup. Park Min Young is absolute perfection so far as the ideal secretary on the outside who longs for her own life. Park Min Young tends to have impeccable taste in scripts, so I'm hoping that, unlike other, similar shows, we'll end this drama with Mi So finding her own path even if she falls in love with her boss along the way.

Then there's Park Seo Joon's arrogant heir. Normally, I hate this type of character because somehow the female lead falls for his handsome looks after a couple of small moments of not being a total monster, and meanwhile I'm left tearing my hair out at the state of modern feminism.

In this case, though, Mi So has already had a chance to bask in Young Joon's "radiance," and it hasn't fazed her one bit in nine years. It'll likely take more than a wrist grab or two to win her heart, and I'm all in if that means actual, genuine character development.

Of course, it's only been two episodes, so I guess there's still plenty of time for her to decide that her only goal in life is tying ties for her rich boss, and maybe he won't change at all, and I'll still be left tearing out my hair at the end of the series. (Please don't let me down, show!)

Where to watch What's Wrong with Secretary Kim:
Viki

Are You Human Too? K-drama Review 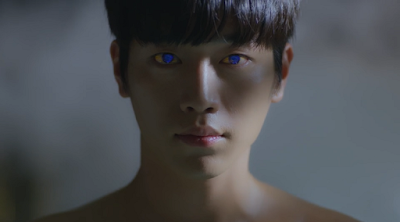 What it's about: When heir Kim Nam Shin (Seo Kang Joon) is in a serious accident, an android that bears his face (also Seo Kang Joon) replaces him and interacts with his bodyguard, Kang So Bong (Gong Seung Yeon).

First impressions: You know, I'm not sure yet. The premiere took a while to ramp up, so I didn't feel totally invested in any of the characters by the end. If anything, robo-Seo Kang Joon was the best part of the episode. Seo Kang Joon is the kind of actor who needs just the right type of role to do well, and having him play a sweet android might just be the perfect match. (That's not a backhanded compliment—I don't think a dual robot/human role would work for every actor.)

I'm just not entirely invested in robot/human romances, which seem to be dramaland's flavor of the year right now. I Am Not a Robot mostly worked, but I'm not sure I have it in me to watch another 16 episodes about robot romance—especially when I feel much more squicky knowing that this time, a human will unknowingly fall for an actual robot, not a human they mistake for a robot.

If sci-fi conundrums are your jam, though, this looks like a very pretty drama to explore some questions of humanity.

Where to watch Are You Human Too?:
DramaFever 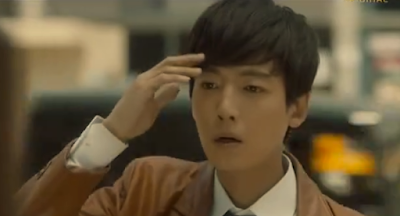 What it's about: A remake of the 2006 British show of the same name, Life on Mars follows forensic specialist Han Tae Joo (Jung Kyung Ho), who suddenly finds himself transported from 2018 Korea back to 1988. He must work with a team of old-school police officers, including Kang Dong Cheol (Park Sung Woong) and Yoon Na Young (Go Ah Sung) to track down a serial killer.

First impressions: This cast is A++++++++, and I think they may have a script to match their skills. Never having seen the original series, I walked into this with no idea what to expect. So far, I'm loving how Life on Mars straddles the line of straightforward police procedural with those strange surreal moments—is he dead? In a coma? Actually traveling through time? (If you've seen the original, don't tell me!)

As if Jung Kyung Ho weren't enough of a sell, we also have Go Ah Sung, who can basically do no wrong in my heart. Given OCN's track record, I don't know that I should get my hopes up for a romance here, but I wouldn't be at all mad to see Na Young get together with the guy from the future who actually treats her like a colleague from day one. Just sayin'.

I can pretty much commit to only one crime show at a time, so I might have to bump Rain's Sketch off my schedule to make room for Life on Mars.

Where to watch Life on Mars: ¯\_(ツ)_/¯ Listen—I'm not condoning streaming illegally, but you may have to ask your friend Mr. Google on this one.

Which New Shows Caught Your Interest?

Are you on board for the summer's fluffy romcom? Or are you desperately scouring the internet for Life on Mars subs? Let's chat!