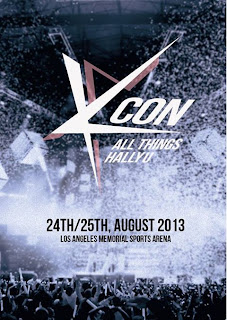 It's that time of year when every Kpop and Kdrama fangirl and fan boy's dreams are about to come true at KCON 2013! KCON is a convention organized by the Korean network, Mnet, that will take place on August 24th-25th in Los Angeles. The convention features concerts from top Kpop artists, workshops and panels on Korean pop culture, fun contests, and artist engagements. This year, I am lucky enough to get to go and represent Kdrama Fighting! to the Kfan community.

Confession: I am much more of a Kdrama fangirl than a Kpop fangirl, so I am not well versed on Kpop groups. However, I figured that in order to be an informed reporter and an enthusiastic concert goer I better do my research. I just happen to be visiting ViVi this last week, so a couple days ago we were working on the blog and I started playing songs by EXO and f(x). I kind of didn't want to love Kpop, but as we sat there, we got sucked in! It's just so catchy! It shouldn't come as all that big of a surprise considering that I was American pop fangirl in the 90's. As we listened, I kept saying, "Oh no, no, no. I can't help it. I didn't expect I would like it. Now I'm going to be a Kpop fangirl!" I guess Kpop just sneaks up on you! 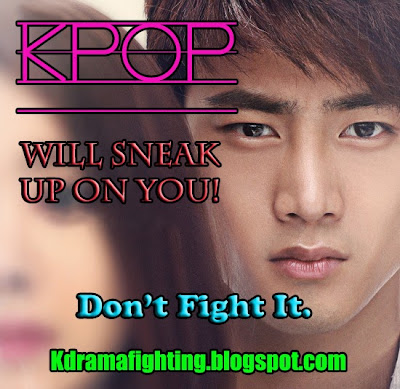 Now I've joined the ranks of the Kpop fangirls, and there's no escaping, so what better way to prepare for an amazing Kpop lineup than to listen to a YouTube playlist featuring all the bands that will be at KCON 2013? This year, we will be graced with the presence of G-DRAGON, EXO, f(x), 2AM, and TEEN TOP. I've created this KCON playlist for those of you who, like me, may be a little rusty on the songs of some of the groups, those of you who just can't contain your excitement until the big weekend, and those of you far away who will have to just shut your eyes and imagine you are there.


I just bought all my tickets for the event and I am super pumped to go! I hope that some of you can make it and that I get to meet you. I'm going to be walking around wearing a Kdrama Fighting t-shirt, taking photos of fun people and events for a slide show, and handing out stickers so that people can come see themselves on the site afterwards. I hope some of you cosplay because Vivi and I get absurdly excited about costumes. I look forward to reporting on all the fun booths and activities for you after the event!

So, who's going? Who are you most excited to see and what convention workshop or panel are you looking forward to? Anyone dressing up? Comment below.
Labels: 2am EXO f(x) G-dragon KCON 2013 kdrama blog kdrama convention korean drama blog kpop convention Kpop meme mnet Teen Top