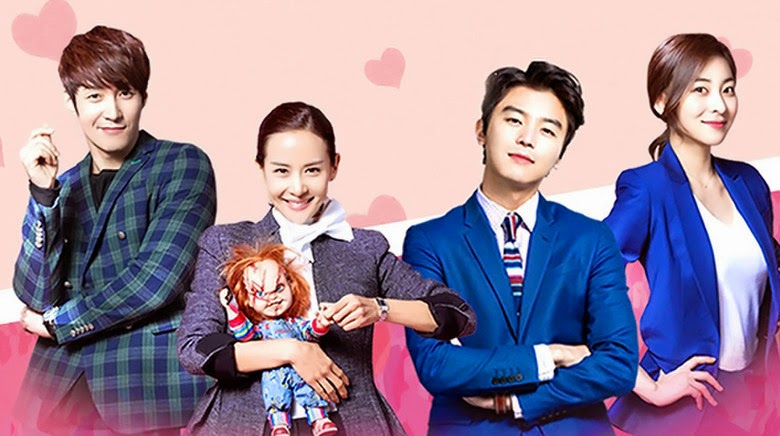 Remember how I was looking at upcoming dramas and was super duper insanely excited about Divorce Lawyer in Love?

To be honest, I found the first two episodes pretty underwhelming. After seeing the teasers and knowing Yeon Woo Jin's comedic capabilities, I was fully expecting to fall head over heels for the series from the first minute, and instead...I was bored.

There wasn't an immediate connection with any of the characters, really, and the first two episodes mostly felt like mean-spirited drudgery.

But wait! Before you run away to cross it off of your to-watch list forever and ever, there's good news because episodes 3 and 4 were way, way better!

Here's the thing we have to remember about this kind of series (and by "we," I mean "I" because I obviously completely forgot this principle): Any time you have a premise where two people hate each other before being reunited by fate, you have to spend some time establishing exactly why they hate each other. Some shows do it gradually through flashbacks, but others choose to frontload the series with all of the bad stuff before moving to the cute and funny parts.

This frontloading approach can be tricky because viewers haven't had time to grow attached to the characters, and you're asking them to somehow be invested in a story about a bunch of shouty jerks. For example, Sly and Single Again and Emergency Couple were two other shows where the initial vitriol made me confused about why I should root for any of the characters, but then they found better footing later in the series.

Fortunately for Divorce Lawyer in Love, once they helped us realize just how much our leads hate each other, a lot of things fell into place. Episodes 3 and 4 were much more engaging than the premiere week, and I felt like I got to know the leads and their motivations better. The side characters are really starting to grow on me as well, like Shim Hyun Tak's lazy, rich, and completely hilarious second lead. Best of all, though, Yeon Woo Jin has been showing off all of his hilarious facial expressions left and right.

So I'm happy to report that, in spite of my initial disappointment, I'm pretty excited to see where this series goes. Is it groundbreakingly awesome so far? No, but it's starting to be light, zippy, and cute, which is everything I wanted.