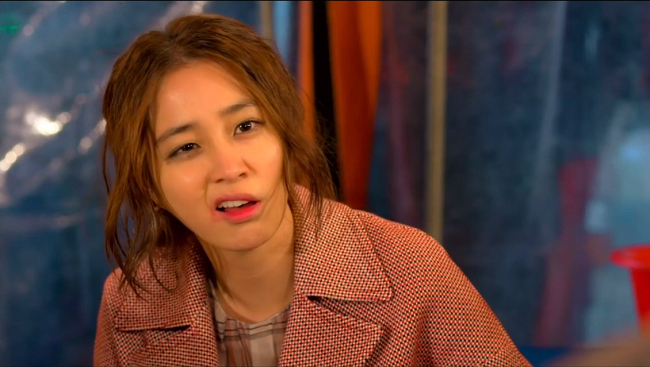 Do you ever find yourself screaming at the TV "CALL THE POLICE!" or "JUST TELL THE TRUTH!", but K-drama characters never seem to listen? I do. Sometimes it seems like a miracle that any K-drama characters survive into adulthood at all based on their poor critical thinking skills, and as someone who can be practical to a fault, it drives me insane.

Sometimes I like to pretend that I'm in charge of writing the K-dramas, and I fill in the massive plot holes or make the characters stop doing stupid things to the best of my ability. Of course, then I realize that if I were writing some of these scenarios, the show would be over immediately, so maybe it's actually a good thing I'm not in charge?


To illustrate my point, here's how a handful of dramas would have turned out differently if I (or anyone equally pragmatic) were writing the scripts.

The dilemma: You find out that your best friend is a serial killer. You already have an appointment set for that evening to meet with a detective at a secluded church. What should you do?

If I were writing: Plan A: Uh, you immediately drive to the police station and tell them that your best friend is a serial killer. Obviously. You then wait at said police station until he is caught so that he can't murder you. You do not die. Roll credits.

Plan B: If, for some reason, you only trust that one detective, you immediately call the detective and say "Hey, I know we're scheduled for tonight, but can I meet you in a well-lit public place right now so that I don't get murdered by my serial killer BFF? Kthxbai!" You do not die. Roll credits.

Plan C: If somehow plans A and B fall through and you end up waiting at a secluded church alone and your serial killer BFF walks in, RUN. Now is not the time to play it cool. You are like a foot taller than this guy and outweigh him by a fair measure, so don't let him get close enough to tranquilize you or something (I assume that's the only way he managed to overpower his friend, right?). Also, pull out your phone and call 911 while you are running so that even if you die, they know who the killer is. Roll credits.

What actually happens: You show up early to the most secluded, dark place possible and hold perfectly still so that your serial killer BFF can catch you as easily as possible. Serial killer BFF then goes on to try to murder more people for the foreseeable future.

While we're on the subject of questionable writing choices and Sensory Couple (which, despite these specific scenes, I quite enjoy), can we give a shout-out to this scene?

I get the idea of fan service, but they are literally talking about how he's a brutal serial killer in this scene. Doesn't that make anyone else feel conflicted? Yay for Namgoong Min's abs, boo for murdering people? I prefer my serial killers without chocolate abs, thank you very much. That will make it easier for me to run away.

The dilemma: The girl you've always loved calls you up to say she accidentally killed a guy when he assaulted her at a hotel room. She threatens to commit suicide if this scandal ruins her career as a newscaster. What should you do?

If I were writing: Sit her down and tell her that committing suicide over not being a newscaster is quite literally one of the stupidest things you've ever heard. Give her the phone number of a good career counselor. Stay with her and be a supportive friend as you call the police and help make sure they know that it was self defense.

Realize that she is cray-cray and find someone else to date. Roll credits.

What actually happens: You say, "I know! I'll give up my career as a doctor and go to jail (with a worse sentence than she would have gotten) for a crime I didn't commit." She quits being a newscaster and eventually ends up in jail anyway. You end up on a twisted road to revenge and amnesia.

The dilemma: Surprise! You've been secretly betrothed to the crown prince since birth! Too bad he's a total dirtbag and you don't want to marry him. Of course, if you do marry him, you could get your family out of debt and stop those scary loan sharks from putting red tags on the TV. What should you do?

If I were writing: You tell your parents, "My life is worth more than the TV. How about you guys reign in your spending habits a little instead of selling me off like cattle?" Roll credits.

What actually happens: She tearfully steps in to save the TV by marrying the dirtbag prince. He continues to be a dirtbag for about 20 more episodes.

The dilemma: You are a terrible writer with no original ideas. Suddenly, you discover a nail shop where handsome men work and solve their clients' life problems, and you think, "What a great, original idea for a story!" Unfortunately, it's a boys' only club. What should you do?

If I were writing:  You realize it's actually kind of a lame story idea, and you go back to the drawing board. Roll credits.

What actually happens: Even though you look nothing like a boy, you pretend to be a boy and work at the shop. You write the most convoluted mess of a story of all time.

5. The Prime Minister and I

The dilemma: Oh no! You and the Prime Minister have been caught together in what appears to be a scandalous photo! His career may be ruined! What do you do?

If I were writing: You figure an unsubstantiated rumor will blow over much more quickly than a fake marriage and fake divorce would. You keep your day job, and you don't turn into a sad, docile domestic goddess with no personality.

What actually happens: You guys somehow think that a fake marriage and fake divorce will not create ANY scandal at all, and you turn into a sad, docile domestic goddess with no personality.

So...I guess the moral of this story is that critical thinking skills will never lead to true love?

Are there any other K-drama scenarios that make your logic-loving brains cringe and shriek in horror?