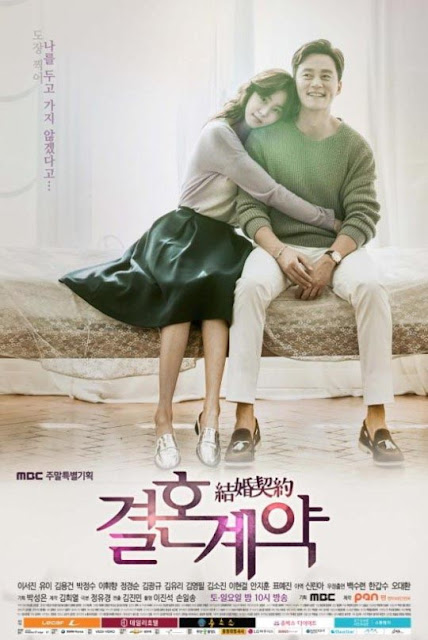 Sooooooo I don't know if you noticed, but we disappeared for a while.

(This is where you nod empathetically like "Oh yes, I totally noticed that this random K-drama blog that only blogged intermittently anyway started blogging even more intermittently." Just humor me, okay?)


In a nutshell, my life exploded (in the best possible way), and then Coco's life also exploded.

Between suddenly switching jobs, adding 3 hours/day to my commute, spending my free time spackling stuff and washing baseboards so that I can sell my house and NOT spend 3 hours/day commuting, and trying not to panic about where we're going to live when our house actually does sell, something had to go—and that something was blogging. And showering. But mostly blogging.

To be honest, I kind of took a breather from all dramas for a while. There weren't many shows that I was dying to watch over the last few months, and I had been living and breathing dramas for so long that when everything else in my life suddenly went into flux, I kind of needed a palate cleanser in my entertainment as well. I made halfhearted attempts to start a few shows, but nothing really captured my attention.

(For the record, Entertainer was the worst. I want those two hours of my life back! Do you know how much grout I could have scrubbed in that time? SO MUCH GROUT! ...Aaaaaand this is how you know you've officially gone crazy. You count your hours in Grout Standard Time.)

The point of this very long exposition is this: I did manage to finish one show in the last three months, and that show is Marriage Contract.  Here's why:


What it's about: Marriage Contract is about young single mother Kang Hye Soo (UEE), who finds out she has terminal brain cancer and agrees to marry rich heir Han Ji Hoon (Lee Seo Jin) and give him her liver in exchange for boatloads of cash.

For the record, this plot is the kind of thing I generally avoid like the plague. It sounded like the most ridiculous K-drama melo clichefest of all time, and the plot didn't really have any massive surprises that deviated from that expectation.

So how, of all things, did this end up being the only drama I watched to the end? The answer rests on the cast, but primarily UEE.

Lee Seo Jin is incredibly charming, and he had many moments where I just wanted to pat him on the head and squish his dimpled cheeks, but this was UEE's show, and there aren't enough words to state how much she blew me away in this role.

I always thought UEE was good for an idol actress, but no. In this role, she was phenomenal as an actress. Period. Her portrayal of Kang Hye Soo was vulnerable, strong, and completely heartbreaking all at once. Above all else, Kang Hye Soo felt like an actual human, not some plucky-but-downtrodden K-drama heroine-bot.


As I said above, Lee Seo Jin wasn't exactly a slouch either. Before the drama aired, there was a lot of discussion about whether or not these two could pull of believable chemistry in spite of their 17-year age gap. It's something that initially concerned me about the casting, but once the show began, it didn't even cross my mind.

Aside from the central couple, I also really, really, really loved Eun Sung, Kang Hye Soo's daughter. Most television shows and movies, both Korean and Western, tend to include oddly precocious children. It's like no one knows how actual kids act, so they just write adult characters, shove them into tiny child bodies, and pretend it's cute.

What I love about Eun Sung as a character is that she acts like a 7-year-old girl. I read some initial complaints about how people thought Eun Sung was "bratty" or "annoying," but I have to wonder if those people ever spent any time around actual 7-year-old girls. Even if you believe your kid is the most well-behaved angel on the planet, I'm sorry to tell you that ALL kids throw tantrums sometimes. Then take into consideration that Eun Sung only really acts out in response to stressful life situations, and you can't really blame her.


I love how genuinely playful Eun Sung is, and I also love how both Hye Soo and Ji Hoon embrace her childhood. They talk at her level without being patronizing and encourage her to be a kid, playing along with her games. They don't let her run wild, but they also respect who she is as a person, even if it's only a 7-year-old person.

First of all, episodes 1–4 were an honest snoozefest. I'm glad I continued, but if the beginning doesn't compel you, keep going.

Second, most of the side characters, even our second leads, were pretty unnecessary. We got some emotion from Ji Hoon's mom and I loved Hye Soo's supportive bestie, but for the most part, all of  the secondary stories felt empty. Does anyone really feel like they were super invested in what happened to Hye Soo's childhood admirer or Ji Hoon's harp-playing ex? (You can say yes, but you'll be lying.) What about all the rest of Ji Hoon's family and their cartoonish villainous antics? So boring. I can abide villains, but I have to draw the line at boring villains.

The last quibble—and this is a big one—is that episodes 10-13 tanked Ji Hoon's character and nearly made me stop watching the entire drama. When a woman says "You're making me uncomfortable. Please stop contacting me, or I'll call the police," it is UNDER NO CIRCUMSTANCES OKAY to keep following her. When a drama takes a woman clearly expressing her discomfort and then frames it to say that she's just hiding her true feelings and true love means never giving up, no matter how many times she says no, that's the very definition of rape culture. I don't care if she kissed you one time and now you've gotten it into your head that she secretly loves you. If she says no, that means leave her alone, and any drama that says otherwise deserves a swift kick in the family jewels.

I'm really angry about episodes 10-13 Ji Hoon, but it all felt so out of place that I'm just going to assume the writer went on a cocaine bender for a week and snapped out of it after while.

But What about the Ending? (Spoiler-free)

I don't want to ruin it, but I will say that this genre of drama usually ends in one of two ways: either they milk the tears and make it feel emotionally manipulative, or they end with a magical reversal of fate that feels unrealistic and cheap.

Heading into the finale, I had no idea which way Marriage Contract would go. Somehow, it managed to strike a balance between the two, giving viewers an ending that was satisfying without being overly saccharine.

The plot may not be fresh, and it's certainly not without its flaws, but incredibly compelling acting and a warmhearted story elevate Marriage Contract above most dramas of its genre. 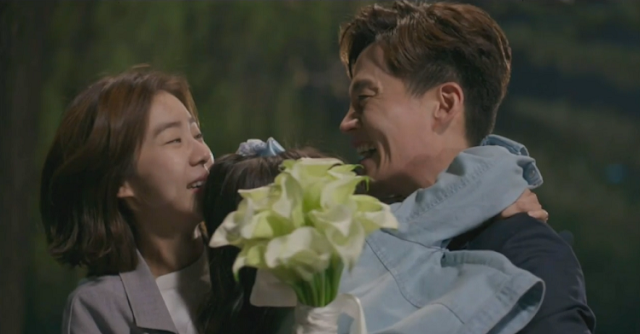 Where to watch Marriage Contract