Is Age Just a Number? (Part 2): K-dramas and Oppa/Ahjussi Romances 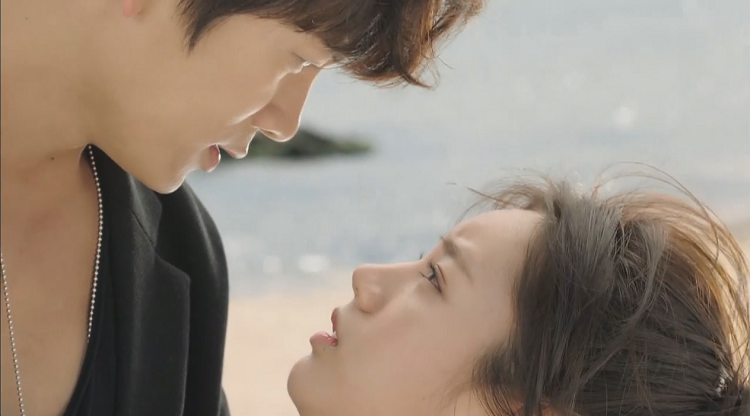 A long, long time ago, I wrote this post about the noona romance trend and what makes the difference between a decent romance and one that makes you feel all icky inside.

While noona romances definitely haven't disappeared in the last couple of years, now the pendulum seems to be swinging the other way, with several high-profile dramas casting older actors against much-younger actresses. Here are just a few recent or upcoming dramas off the top of my head that fit this trend:


Given that we're bound to see the great age debate popping up again and again over the next few months, let's give the topic another look, shall we?

Noona Romances vs. Ahjussi Romances: Is There a Difference?

Basically, everything I said before about noona romances still applies here. I don't like it when viewers apply a double standard to age gaps in dramas, saying one or the other is more acceptable because it happens to align with their personal fantasies. When it comes to age gap for any gender, the biggest determining factors for me are whether the characters are in similar life stages and whether there's some sort of inappropriate power dynamic at play (like teacher/student romances, for example).

That's why, despite boasting the biggest age gap on the list at 17 years, Marriage Contract's casting bothers me least. Lee Seo Jin and UEE are both adults in real life, and they were playing adults on the series. They also seemed like they were in similar stages of life—if anything, UEE's character was the more mature one by far. The romance didn't make a big deal about the age gap, so as a viewer, I didn't, either.

In contrast, the early scenes between Ji Sung and Hyeri in Entertainer felt so awkward and so much like an adult interacting with a teen that I decided not to bother watching any further. (Oh, yeah, and the plot was so boring that I had to prop my eyes open, so there's always that....)

Even though Entertainer didn't work for me personally, I don't find the age gap inherently problematic like I do with some other recent ahjussi romances. While I don't agree with a double standard in comparison to noona romances, I do find a few differences in the way they're executed, and some of those differences make me particularly concerned about the latest trend.

For one thing, I can't think of a single noona romance where the actor is a minor. Even in High School King of Savvy, Seo In Guk was 27 years old playing a teen. In three of the current or upcoming dramas, however—Mirror of the Witch, Moonlight Drawn by Clouds, and Let's Fight Ghost—the lead actresses are actual teenagers.

I guess for two of the three, you could argue that the historical setting makes sense for the age gap because brides were often younger than their husbands. Many historicals tend to be fairly chaste, anyway, so there's a good chance you're not going to get massively steamy scenes between the leads. From what I hear about Mirror of the Witch so far, it's all staying on the appropriate side of things, though I haven't seen it myself, so I can't comment there.

It seems as though the mindset going into the casting was to take these wildly popular child actresses who have been acting for years and give them a shot at their own leading roles. The problem here is that when you cast a teenage actress in a romantic role opposite an adult actor, it feeds into the Lolita schoolgirl fantasy that is already so rampant in the Korean entertainment industry. Even if the kissing scenes are chaste, it casts the actresses in a light that makes them seem more "adult" than they really are. Given that casting choices are often made in behalf of these young actresses by their managers/parents, it also raises the concern that they may take roles they will later regret.

I remember hearing an interview with Natalie Portman once where she was talking about her role in Leon: The Professional at the age of 12. She described how the fan mail she received from adult men made her uncomfortable, and how she wished that she had never taken the role.

In this vein, Let's Fight Ghost's casting was the one that elicited the most nope-ing of the bunch. Not only does it not have the excuse of historical accuracy, but the series is also based on a webtoon where the ghost is older than the male lead. It's not like they had to cast Old Man Taec in the role to make the story work.

I love the idea of giving this role to Kim Soo Hyun, but by pairing her with Taecyeon, you end up in this weird no-man's land where it can't be a sweet high school romance, and it also can't be a sexy tvN romcom either. In other words, you've hedged up the plot, you've put a minor in an uncomfortable position, and you've fed into pervy old man fantasies. Way to go, casting director!

I don't know if this is a fair critique, but the casting of established actors with the latest flavor-of-the-month ingenue also raises concerns for me about what it might do to older actresses. Fortunately, actresses of the 35–50 set have been headlining their own dramas lately (Twenty Again, Dear My Friends, etc.), but I do worry if the ongoing trend of ahjussi romances might eventually send the message that women of a certain age no longer belong in romantic roles, even if their male counterparts are still landing dramas right and left.

I'm perfectly willing to be proven wrong—UEE certainly blew me away and carried the emotional weight of the drama in Marriage Contract—but I can't help but wonder what happens to the Ha Ji Wons and Kim Sun Ahs if rookies like Park So Dam are snatching up parts opposite veterans like Jang Hyuk. (Okay, bad example. For one thing, Beautiful Mind looks like a hot mess, so they probably couldn't convince any top actresses to take the part anyway, and for another, I kind of love Park So Dam, so I'm willing to give her a pass on a lot of things.)

What do you think of this latest trend? Are you concerned about casting teen actresses in romances with older men? Do you think this whole hullabaloo is still a big fuss over nothing and you wish I would shut up about age already? Let us know!