Homosexuality, K-dramas, and the Mixed Bag of Strong Woman Do Bong Soon 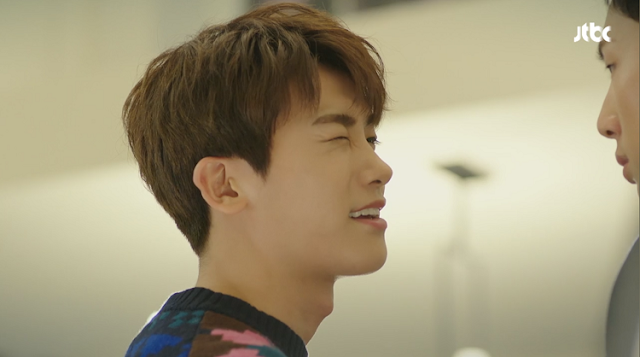 I can't deny that I'm enjoying the romance in Strong Woman Do Bong Soon quite a bit, but let's be honest: the show has more than its fair share of flaws in pretty much any scene that doesn't involve our main couple. As I've read other viewer comments and complaints about the show, it's been interesting to see how vastly opinions seem to differ on one particular point: the drama's treatment of homosexuality.

On the same comment thread, I've literally seen some people interpret a scene as disappointingly homophobic while others interpret the exact same scene as refreshingly progressive. With all this discussion (and because I have some time to kill while I impatiently wait for the latest episode to come out on Friday), I'v been weighing my reaction to the show, and it brought up some broader thoughts on depictions of homosexuality in K-dramas in general.


Overall, I don't think it's entirely accurate to say Strong Woman completely falls on one side or the other. I think it handles some things well, while other things are absolutely unnecessary and infuriating.

I have to give credit where credit is due, and the one area where I think Strong Woman Do Bong Soon succeeds is in the way the other characters react to homosexuality like it's something completely normal. When everyone assumes that Min Hyuk is gay, none of the main characters think less of him. The strongest reaction is "Eh, in that case Bong Soon probably shouldn't date him," and everyone continues to treat him how they normally would. Bong Soon, in particular, seems far less worried about being friends with someone who's gay than she is about having someone else who shares her crush. Even Min Hyuk himself seems uninterested in how other people view his sexuality—something I can't imagine the hyper-masculine K-drama leads of yore putting up with for more than five seconds. 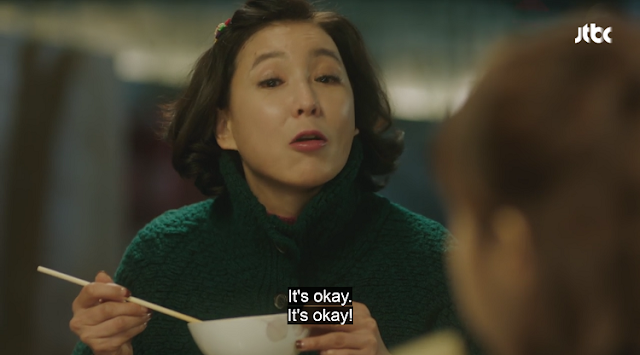 Similarly, when the effeminate "twin" shows up at the office, none of the jokes revolve around his sexuality. The show recognizes both his strengths as an employee and his shortcomings as a leader, and none of it has anything to do with how he dresses or speaks. While there are certainly issues with this character (I'll get to that in a second), including an openly flamboyant character without making his sexuality the sole defining characteristic is a step in the right direction for creating a sense of normalcy in conservative Korean culture.

While these steps are encouraging, there are some other massive red flags throughout the show that deserve to be called out for what they are.

First of all, although the characters themselves don't disdain others over sexuality, the show frequently and repeatedly uses homosexuality as a joke. The most flagrant example is the talisman-stuffed blanket and the amorous gangsters, but you can find examples in almost every episode.

Because there are so many jokes about characters who are perceived as gay, it's troubling to me that the one and only character who (as far as we know) actually is gay is depicted as a petty, obnoxious antagonist. Based on the previews, I'm also concerned that the upcoming weeks might turn his sexuality into a driving force for that antagonism as he gets jealous over Bong Soon's relationship with his handsome CEO. I'm hoping for a turnaround where he and Bong Soon eventually become allies and he's more humanized, but I'm not holding my breath at this point. 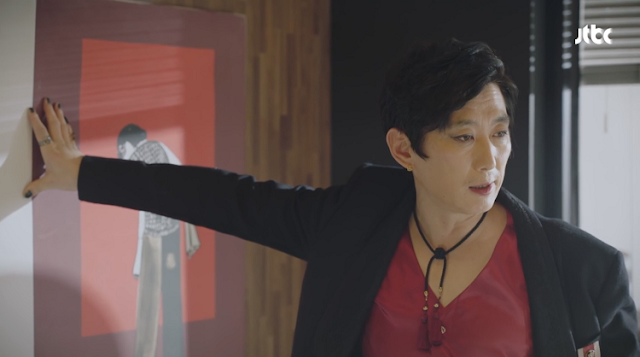 The second big issue with the show is how easily it dismissed the rumors of Min Hyuk being gay. To say that sexuality is just "noise marketing" is all well and good for Min Hyuk, but what does that mean for people who can't just say "I actually do like women!" and magically make life easier? The issue was never that the board of directors mistakenly thought Min Hyuk was gay—it's that the board of directors thought being gay would disqualify Min Hyuk from running the company in the first place. To resolve the issue so quickly and never address it again seems dismissive and flippant of the struggles actual people face.

What Happened to Representation in K-dramas?

Some may argue that Strong Woman is straddling a fine line. There's no question that South Korea has a highly conservative culture in terms of sexuality, so there's only so much you can push the boundaries before viewers tune out. Strong Woman broadcaster JTBC might also be a little gun shy after getting hit with a disciplinary warning in 2015 over a kissing scene between two women in Detectives of Seonam Girls' High School.

Still, what strikes me is that K-dramas these days seem to be less progressive about representation than they were several years ago. I could very well be wrong, but I can't think of a single prime-time drama in the last three years (with the exception of the aforementioned Detectives) that features a gay or bisexual character in any kind of substantial role.

It's not that K-dramas have never included these characters, though. Personal Taste (2011) devoted a prominent storyline to Chairman Choi, probably the most well-rounded gay character I've seen in any K-drama. Instead of making him into the butt of a joke, the show gave us someone we could root for and empathize with.

Similarly, Answer Me 1997 (2012) handled Hoya's character's unrequited love for his best friend with immense respect. Unfortunately, Baro's follow-up in Answer Me 1994 (2013) was much more disappointing, with his character's overly simplistic solution of "JK about that whole sexual identity confusion—I like girls now!" 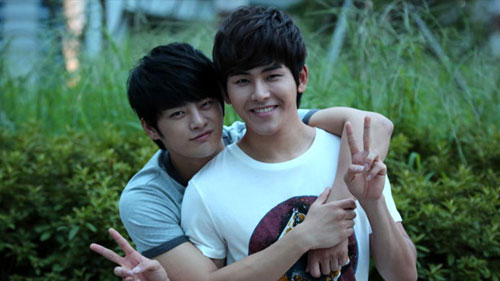 This sanitizing and avoiding complexity seems to be the trend these days. Remember back in the day when Coffee Prince's Han Kyul struggled with his confused emotions over being attracted to a man before finally declaring "I don't care if you're a man or an alien!"? Remember how there was an entire subplot in Sungkyungkwan Scandal where the students are put on trial for homosexuality?

Now even the gender-benders are cleaned up, with shows like Moonlight Drawn by Clouds and Splish Splash Love making sure it's clear that the male leads knew they were talking to a woman before making any kind of confession. In the case of Moonlight, they sorta hedged their bets by saying he totally (probably) would have confessed even if she were a man (but he definitely knew she was a girl, so...you know...no homo).

It's not surprising that K-dramas feature so few gay characters living normal, everyday lives when there are so few openly gay celebrities in the world of Korean entertainment, period.

Hong Seok Cheon is the one obvious example. When he came out on television in 2000, he was immediately blacklisted, and he lost all of his endorsements and TV contracts. Today, he runs several successful restaurants and makes cameos in various shows, but he still remains one of very few celebrities who have come out of the closet.

Then there's a far more tragic ending with Kim Ji Hoo, who came out on in 2008, only to face immediate public and professional backlash and commit suicide six months later.

And that's pretty much it as far as actors go. It's highly unlikely that out of all the popular actors, actresses, and idols out there, all of them are straight, but there's also immense pressure to stay in the closet. I have heard some rumors about a handful of Korean celebrities for whom their homosexuality is basically an open secret, but coming out openly would pretty much spell the end of their careers. Who can blame them in a culture where kissing, hugging, and other same-sex fanservice is perfectly fine, but you have people pushing 40 pretending they've never dated anyone of the opposite sex because it might cause a scandal?

All of this is a roundabout way of saying that I wish Strong Woman Do Bong Soon had used homosexuality not as the punchline for some jokes, but to help push representation forward. Instead, it's taking the easy way out, which is a missed opportunity for a show that consistently gives lip service to the theme of standing up for marginalized and powerless groups.


Note: After a recent layout switch, we're seeing comments posted before April 7, 2017 missing on a few posts. We're working on a solution, and in the meantime, any new comments you leave will work!
Labels: Strong Woman Do Bong Soon Vivi