Today is Vivi's birthday, and it's also just past Kdrama Fighting's one year anniversary! In order to honor our beautiful ten year best friendship and our one year best blogging friendship, I would like to present 10 Reasons why if I could choose any Kdrama character to be best friends with, I would still choose Vivi:
1. Unlike so many Kdrama friends, Vivi never tried to steal my first love. Even though we were friends for 5 years before she got married, we never once fought over a boy. And she even steers clear of my Kdrama biases. Unnis before Oppas, that's what we always say.

2. Vivi has better fashion sense than 99% of Kdrama female characters, so I would much rather turn to her for fashion advice. She even sews her own clothes, and I'm talking dresses, shirts, and intricate costumes.

3. Vivi makes a perfect best friend because she often contributes a voice of reason, but then also gives in to my elaborate plots to get her to abandon it (For example, I begged her to travel 12 hours to come to KCON with me in LA and she said it wasn't practical. And then she called me and said, "Guess what! I'm halfway to LA!")

4. Vivi is one of the most intelligent people I know, and she is for sure smarter than any Kdrama female character ever. In college she studied English, but that wasn't enough for her so she also studied physics, graduating with honors, and then going on to get her master's degree. She could be anything in the world, but she chooses to give up some of her time to blog about silly Kdramas with me!

5. Sometimes a blond girl just needs another blond girl to be really blond with. I can't think of any Kdrama characters who are blond.

6. Vivi is a great baker and makes the most delicious beautiful cakes and Finnish delicacies. I know there are Kdrama characters who bake, but I've never tried their cooking so why would I risk it?

7. Vivi loves cats just as much as me. I've never seen any Kdrama characters who love cats as much as us. As proof of how much we love cats and Kdramas, and how much these two things are meant to go together, I present to you the 49 Days kitty parody I made out of photos of Vivi's three cats: 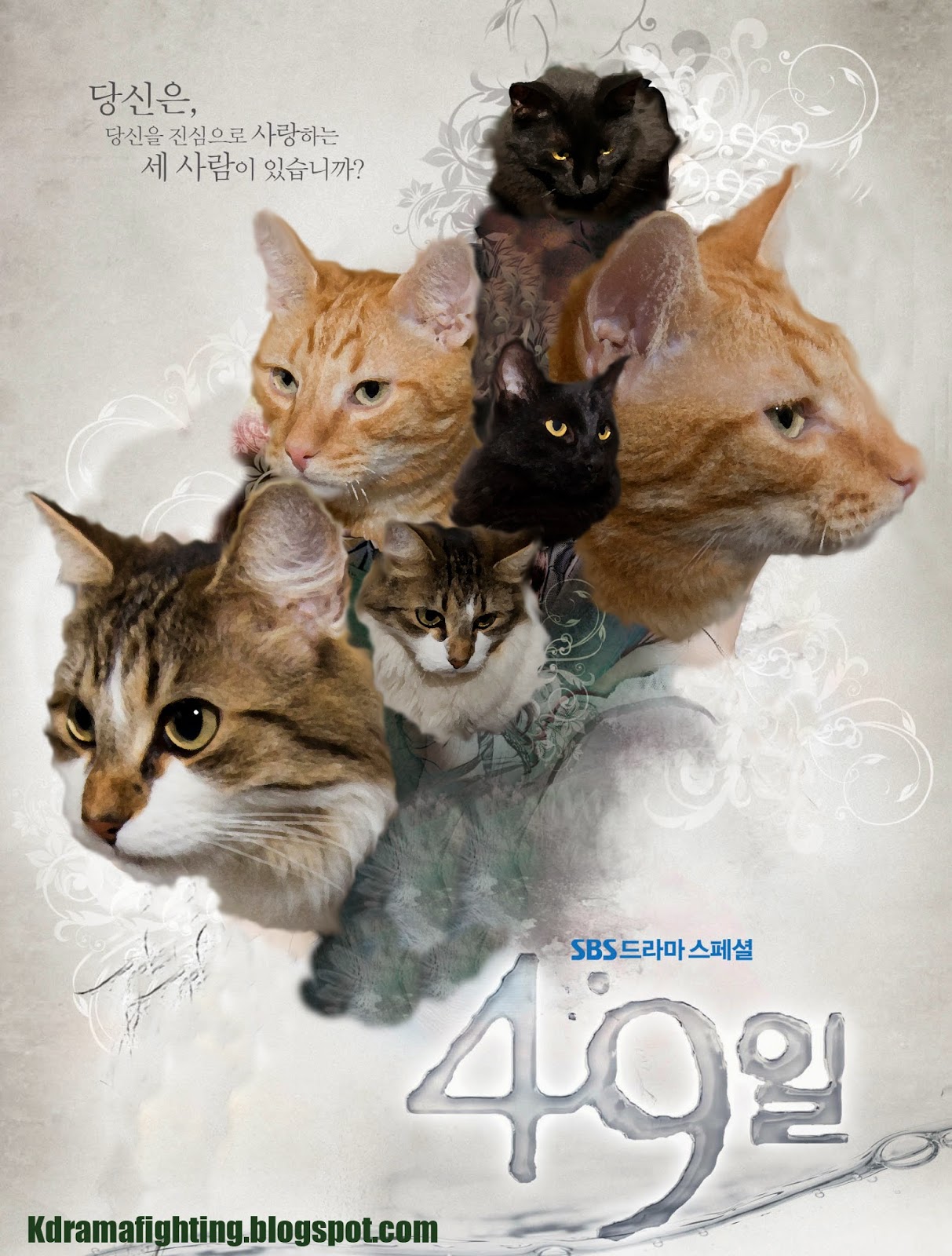 8. Vivi is always a good listener. Let's face it, most female Kdrama characters are too absorbed in their own absurd lives to care about my absurd life. When's the last time a Kdrama character paused and asked what was new in her sidekick's life? Never, because she was too busy dodging the advances of a spoiled chaebol or running away from an evil mother in law. Although Vivi always has her own issues, she is patient in listening to mine.

9. No Kdrama female character could match Vivi in cleverness and wit. Every time I read something she writes, I literally LOL, and I don't throw that term around. She is full of interesting notions and a never ending supply of meme-worthy ideas. I can never write a full article or make a full set of memes without asking Vivi to brainstorm with me. It's a miracle this post will be a surprise.

10. The great thing about Vivi is that she lasts much longer than 16-20 episodes, and she doesn't lag in the middle. When we once made a list of all the Kdramas we've watch, it turned out that I pretty much watch 5 dramas for every 1 that I actually finish. I have a short attention span, unless something is super fascinating to me, and I never get bored of being best friends with Vivi!

And now for Happy Birthday sung by cute Korean children:


Happy birthday, Vivi! To another year of being Kdrama blogging best friends!