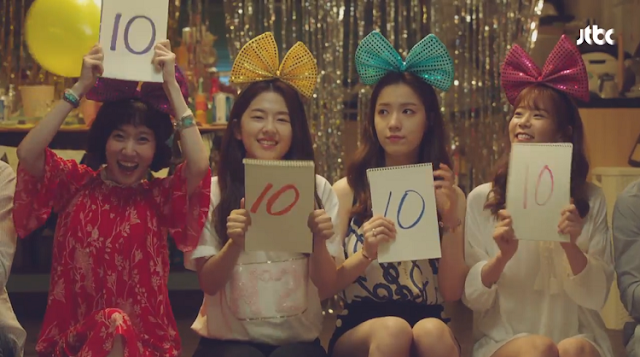 Age of Youth is so near and dear to my heart right now, but it's such a unique drama that I've had a hard time figuring out what to say about it. It's realistic, unpredictable, heartfelt and one of the best female-centric dramas I've seen in a while.

I almost missed this show because it aired without much fanfare and initial reports complained of a slow premiere, but fortunately Outside Seoul's rave reviews convinced me to pick it up, and I was immediately hooked.

This show is something special. At first glance, it's about all of the stereotypical people you meet at college, but then you peel back the layers to find that each and every character has more going on than meets the eye. I love characters who feel real, and when I watched these women, I felt like I was watching a (slightly more dramatic) version of my best friends and college roommates. (For the record, I was the Eun Jae of our group—insanely shy and awkward and needing more outgoing roommates to teach me how to not be a weirdo and go on dates. Coco was definitely our Ye Eun, but don't tell her I said that....) 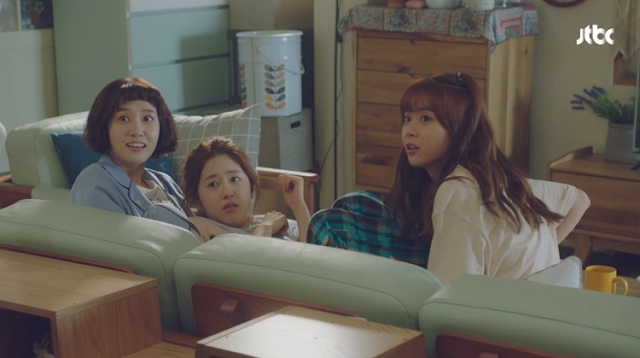 Because I went into this series with so little info about it, I was more than halfway through before I discovered that it came from the same writer as White Christmas, but once I knew that, everything made so much sense. The series definitely isn't afraid to be grim, and the latter half turned much darker than I anticipated. Like White Christmas, the series pushes boundaries and assumptions about its characters, and yet somehow it doesn't erase the soft, sweet feeling of the first few episodes. I felt like the darker elements were handled well, and the narrative had enough cute or funny moments interwoven throughout the heavier parts to maintain a realistic sense of balance.

If I have one complaint, it's that this is the one series I wish could have been longer. There were little threads throughout the series that I wanted to follow in more depth, but I got the sense that 12 episodes just didn't give the writer enough time to follow up on all of them.

Instead of going into too much depth about the show as a whole, I thought it would be easier to give thoughts on each character's story.

Jin Myung: Where did I even get this many tears to cry over this character? Is there a year-end award for making my heart hurt most? Because Jin Myung would win it in a heartbeat. Oh wait, maybe she did win, and her prize was Supportive Dreamboat Chef, my personal pick of the available male leads (yeah, big surprise that he beat out Vengeful Ahjussi and Aggressive Douchebag Extraordinaire). Can we have a sequel just about her and Supportive Dreamboat Chef visiting each other and smiling shyly in the rain?

P.S. Thank you for not killing yourself/your brother. I would not have recovered.

Yi Na: The whole thing with stalker Vengeful Ahjussi resolved itself a little too cleanly for my tastes. (Also, what happened to that time he tried to run her over with a Truck of Doom? Did he miss? Does he have night blindness?) Otherwise, though, I was pleased with the way her character grew over the course of the series. I quite enjoyed Ryu Hwa Young in this role, though this is the third time in a row I've seen her as the resident sexpot, and I think this show proves she has a wider range to offer.

Ye Eun: I know her arc with Aggressive Douchebag Extraordinaire took a turn for the dramatic at the end, and from what I hear, some viewers weren't pleased at her ending. Do all abusive relationships escalate that quickly? Maybe not, but that doesn't mean it doesn't happen, and I thought it was thoughtful to end the storyline without the obvious change of heart/romantic reconciliation that would have happened in a lesser show.

I'll also say that I thought Ye Eun's final scene was necessary in order to make the whole thing work. Trauma doesn't go away in one episode, and moving on would have made it feel like a throwaway plot gimmick. As much as I would have liked to see Ye Eun's happy ending, that last moment was much more realistic.

This couple just made me smile. It was a pretty accurate depiction of an adorable, goofy, and immature first love, and I couldn't help but root for their sweet little romance. Okay, so I wasn't crazy about all of the "your body belongs to me" comments, but Jong Yeol was always incredibly mindful of Eun Jae with his actions, recognizing her inexperience and respecting her comfort zone. I loved how he gave her a peck, and then waited until she turned to him before going in for a full kiss. 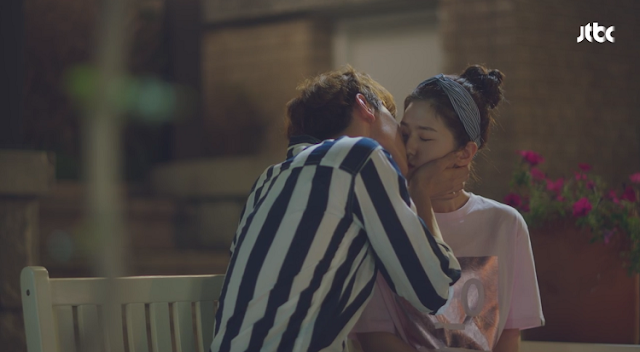 Ji Won: For the glue holding the group together, she probably had the least satisfying storyline. We see her interacting with everyone, but I wanted a little more background into who she is and what makes her tick, even if it wasn't as dramatic as everyone else's story. I wish she had been given her own episode a little earlier so that we could spend a little more time inside her head.

Watch Age of Youth. Watch it right now—but not if you're not going to appreciate it because then I'll be offended and mad. I feel really possessive of shows I love, okay?

Whenever the writer wants to reunite these ladies for season 2, I'm all in! 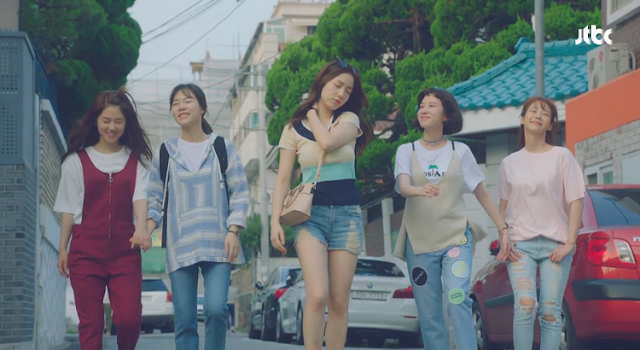 Where to watch Age of Youth:
DramaFever