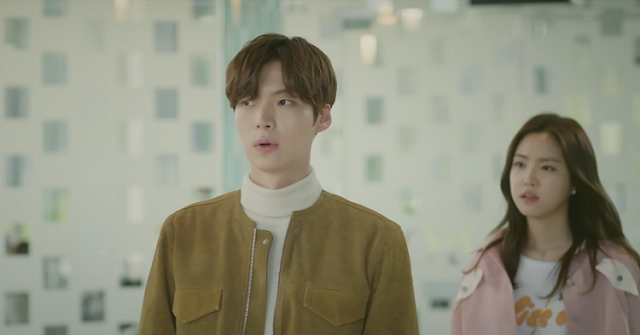 When it comes to K-dramas, first loves are more ubiquitous than amnesia or the Truck of Doom. Sometimes it serves the story well, but as time goes on, I find myself increasingly frustrated with the trope, and the last few episodes of Cinderella and Four Knights finally broke me with their insistence that Hye Ji has some huge, epic romance going on with Hyun Min, and therefore we, as viewers should be really, really invested every time she stops sewing to cry to herself. (How she gets any clothing made is beyond me; her sewing to crying ratio seems really skewed for a wannabe designer.)


Back when I started K-dramas, I remember being really perplexed by this idealized version of first love. One of my gateways to K-dramas was the movie Finding Mr. Destiny, and I genuinely did not get why all of these characters kept talking about their "first love" like it was some totally normal thing to bring up in casual small talk, like what you do or where you grew up.

Many K-dramas and first love stories later, I understand that the Korean concept of first love carries a cultural nostalgic weight that it doesn't really hold for me as a non-Korean viewer. Invoking the idea of first love is a quick way to build a sweet, innocent foundation for romance without having to lay a ton of groundwork beyond a few well-placed flashbacks. It's also a way to built a fast relationship between characters who otherwise hate each other.

When done right, first loves can add emotional weight to the story, especially when the first loves are separated by tragedy and finally find themselves reunited years later (old-school melodramas in particular hinge on us buying into the power of first love). Similarly, they help explain why some characters are drawn to each other long enough to get past that initial phase of dislike.

The catch here is that, while first love can create an initial bond, we really need reasons other than a childhood crush to make a romance work, and an increasing number of dramas seem to use first love as proof that a couple should be together rather than a catalyst to build a relationship.

I can name a handful of fairly recent dramas—One More Happy Ending, She Was Pretty, and now Cinderella and Four Knights, for starters—where the whole "first love lasts forever" trope really didn't make much sense. Why are these people together? Because a girl gave you a band-aid when you were six and that meant you were destined to be together for the rest of time?

Let's just look at all of the reasons why this doesn't work in the case of Hye Ji and Hyun Min in Cinderella:
The unstoppable Hye Ji/Hyun Min train of first love is a particularly painful example, but that's not to say that the first love trope can't work. Take Twenty Again as a counter-example that worked particularly well. It gave us an adorable leading man who already knew our heroine beyond the surface level. First love was a launching pad for him to help her rediscover herself (as the most fantastic fairy god-oppa of all time), but first love wasn't the end of their relationship.

What Twenty Again also did well was that it showed both sides of the first love coin. Hyun Suk's first love sparks new feelings twenty years later, but we also see that No Ra's first love ends in heartbreak and divorce. There's a balance that helps us see that first love doesn't mean anything if there isn't a strong foundation in the present.

I don't expect that K-dramas will give up on the idea of first love any time soon, but Hye Ji and Hyun Min definitely made me reconsider my first love for the show. Sorry Hye Ji, but I actually mean it, and no amount of sew-crying will win me back.

What are your favorite first love stories? Which ones make you throw stuff?