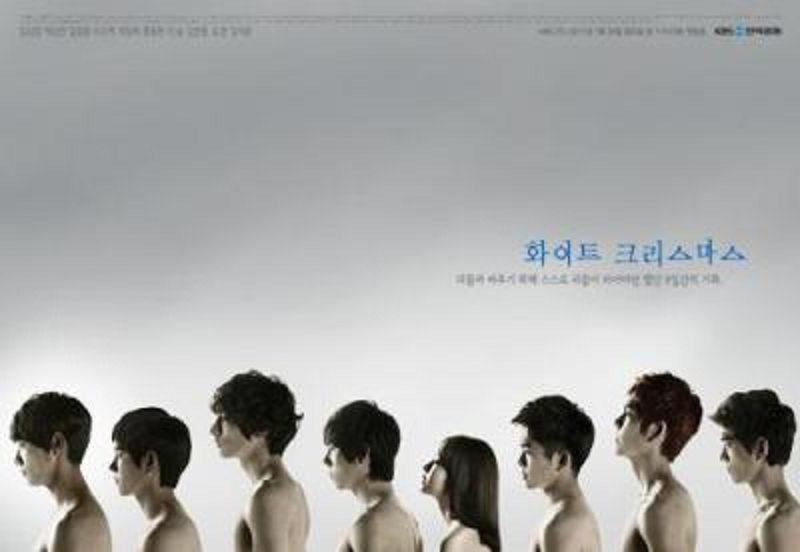 White Christmas crossed my drama radar several months ago, but at the time, I wasn't in the mood for anything really dark (I blame Breaking Bad).  Eventually, the combination of a few disappointing romcoms and the promise of more Kim Woo Bin convinced me to give this miniseries (8 episodes) a chance.

As it turns out, it was just what I needed to cleanse my kdrama palate.  White Christmas is anything but a traditional kdrama.  It isn't romantic.  It isn't funny.  It isn't melodramatic, either.  It's bleak, terrifying, heartbreaking, and disturbing all at once.  It's also fascinating and beautiful in its own dark way. 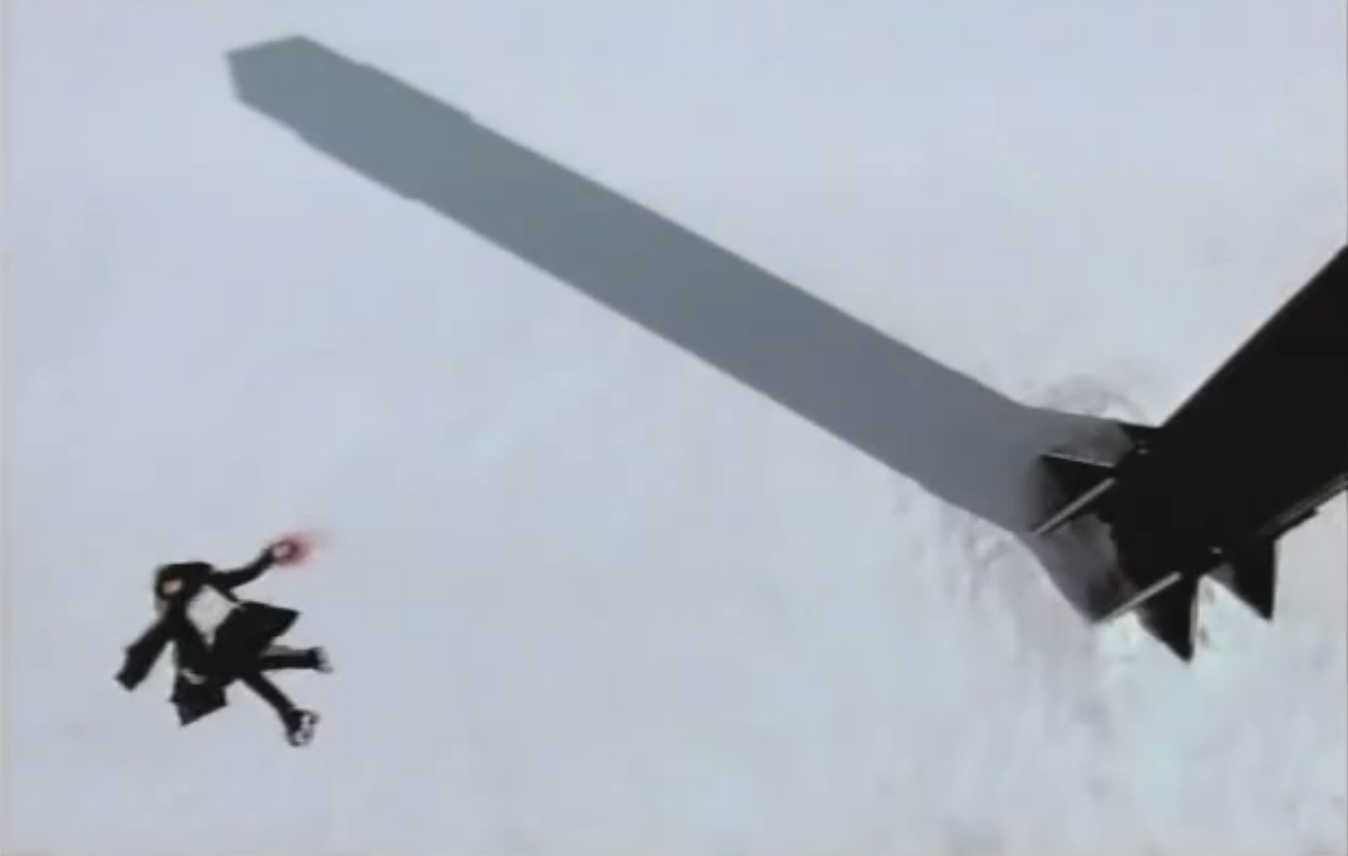 I'm going to keep my overview short because this is one drama that probably works best when you know little about it.  The basic plot is this: A handful of students at an elite, isolated high school all receive a mysterious note before Christmas and decide to stay behind with one teacher.  A terrible snowstorm cuts them off from the outside world, and bad things start to happen to them one by one.

If that sounds like the premise to an Agatha Christie novel, it kind of is.  The whole idea of a hodgepodge group of people trapped with one anonymous crazy person isn't exactly new, but, fortunately, that's not the focus of the drama.  The "whodunit" quickly takes a back seat to a much more interesting psychological study that spans the remainder of the series.

There are two things that make this series work far more effectively than a lot of similar stories.  The first is the production itself.  Everything works together, from the claustrophobic setting of the all-glass school to the use of music (I will never hear this song again without thinking of Kim Woo Bin) to the cuts between characters and scenes.  It would have been easy to film this thing almost entirely zoomed in on people's faces (Les Miserables, I'm looking at you), but they resisted that temptation for a more measured approach that kept the story grounded in reality.

The second thing that made this series work so well was the cast.  This drama possibly had the best cast I have seen on any kdrama--ever.  I don't say that lightly.  It was a cast of mostly teenagers, but each and every character (okay, with one exception) was layered and complex.  Even the villain of the series had interesting moments of depth that steered clear of caricature.  While I didn't like all of the characters, I grew to understand them.  The cast members were phenomenal at portraying characters who were so human that you hurt for them.  I wasn't worried so much about what the villain might do to them (though that threat was constantly present) so much as what they might do to each other.

I remember reading somewhere (Dramabeans, maybe?) that the director purposely chose young actors who were similar heights for the various roles.  Visually, it was an interesting trick.  There were some scenes where I really couldn't tell who was who, and yet, even though each student was so similar on the outside, they were all completely different on the inside. 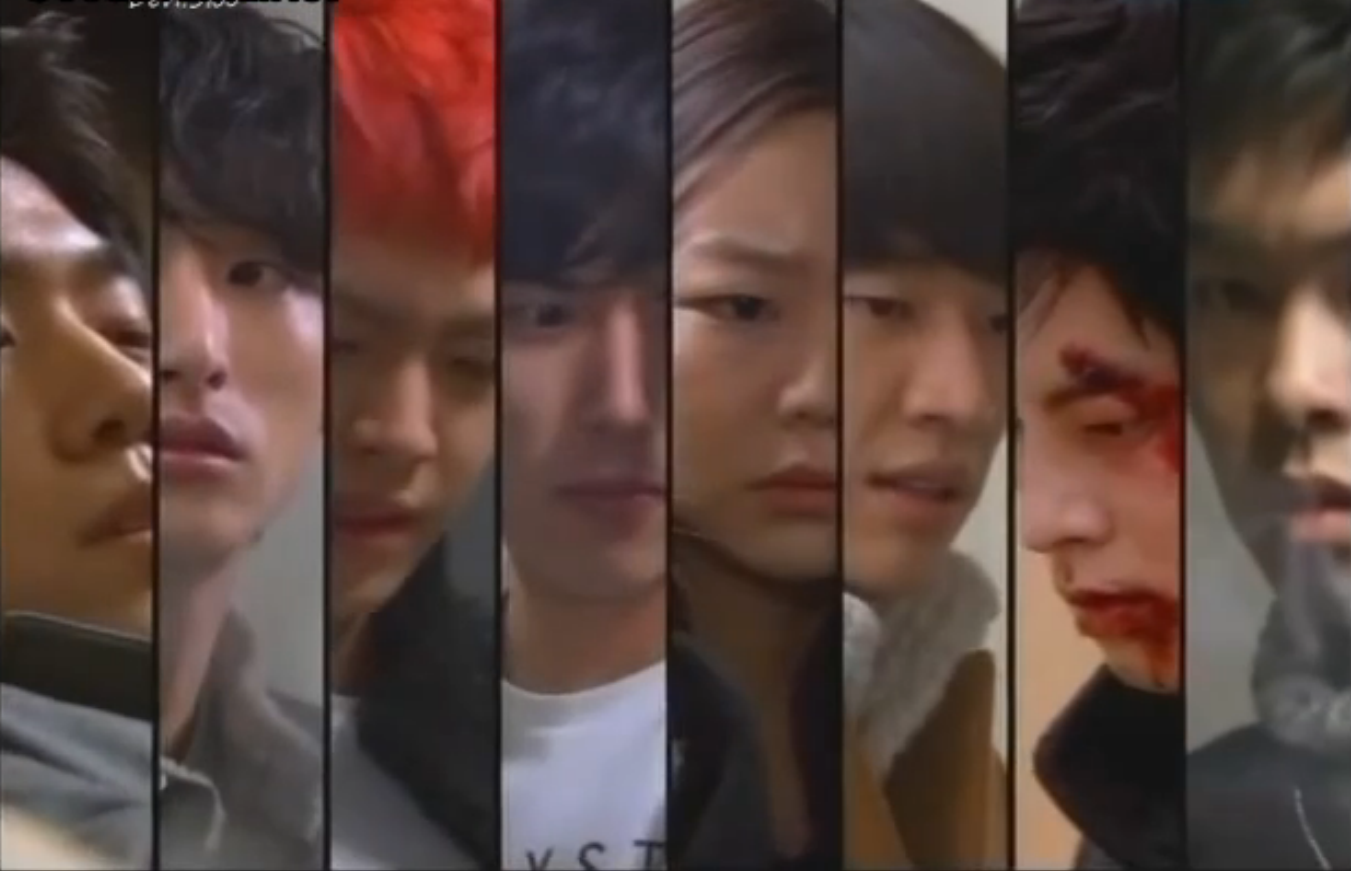 Of course, every drama has its faults, and the faults here mostly stemmed from the plot structure.  Time after time, I thought "Why don't you just do X?  Problem solved!"  The last episode had some especially egregious plot holes that had me rolling my eyes. (Also, who on earth gave Kim Yohan his psychology license?)  The short answer here is that the characters never did any of those things because if they had, the conflict would have been gone.  Without that conflict, there was no impetus for the psychological study.  In a series that's much more about people than plot, I'm willing to let holes slide as a matter of narrative necessity.

Overall, I can't say that I would recommend White Christmas offhand to just anyone.  When I say that it's dark, I mean dark.  But if you're willing to brave a bleak drama to see some phenomenal acting, including Kim Woo Bin and Sung Joon in early roles, curl up under some warm blankets, stuff yourself with chocolate, and give this one a try.  It's well worth it.

And now the spoiler club for those who saw this drama and want to discuss the ending...

In the end, the drama seems to claim that the kids did, in fact, become monsters.  We know for a fact that the doctor feels this way--his dying words of "I won" and self-satisfied smile left no question of where he stood on the matter.  Combine that with Park Mu Yeol's chilling face as he lies to the detective (possibly the most upsetting moment of the whole thing for me) as well as the doctor's foreshadowing claim that once Park Mu Yeol turned, his monster would be much worse than anyone else's, and you have a pretty grim view of humanity on your hands. I think, however, that there's more to the story.

First of all, I think the central question of "Are monsters born, or are they made?" is inherently flawed.  How, exactly, are we distinguishing the categories of monster/not monster?  When you piece together the doctor's statements throughout the show, he seems to see it as a clear distinction.  One minute, you're not a monster, but once you flip that switch and do something monstrous, you can never go back to being "non-monster" again.  In his world, once the kids agree to take a life, they are monsters.  At one point in the series, he even points out that it should make no difference whose life it is.  A life is still a life.

But why does the psychotic serial killer get to make the rules?  That seems a little foolhardy, doesn't it?  I agree that the youths made a disturbing (and possibly "monstrous") choice, but that wasn't the only choice they made.  Yang Gang Mo chose to jeopardize his own safety to help the hostages.  Lee Jae Kyu used his power in the "game" to save the others while sacrificing his own life.  Even Mu Yeol overcame his hatred of Chi Hoon to help him.  It's overly simplistic to assume that life is some balancing sheet of "monster" choices versus "non-monster" choices, but to assume--as the doctor does--that one moment flips an irreversible switch undermines the complexity of the show.

Instead, I see this drama not as a discussion of the monstrous, but rather as a study in understanding others.  Just like the doctor yearns to categorize the boys (and girl) into easy categories of monster or not to ease his own demons, the boys similarly categorize one another at the outset.  As the series progresses, they learn that their easy labels--while initially reassuring--were actually isolating them all.  By the end, the labels are gone, and so is the isolation.

So which image dominates the ending?  Is it Park My Yeol's cold gaze as the doctor whispers "I won"? Or is it the group walking into the light--together? 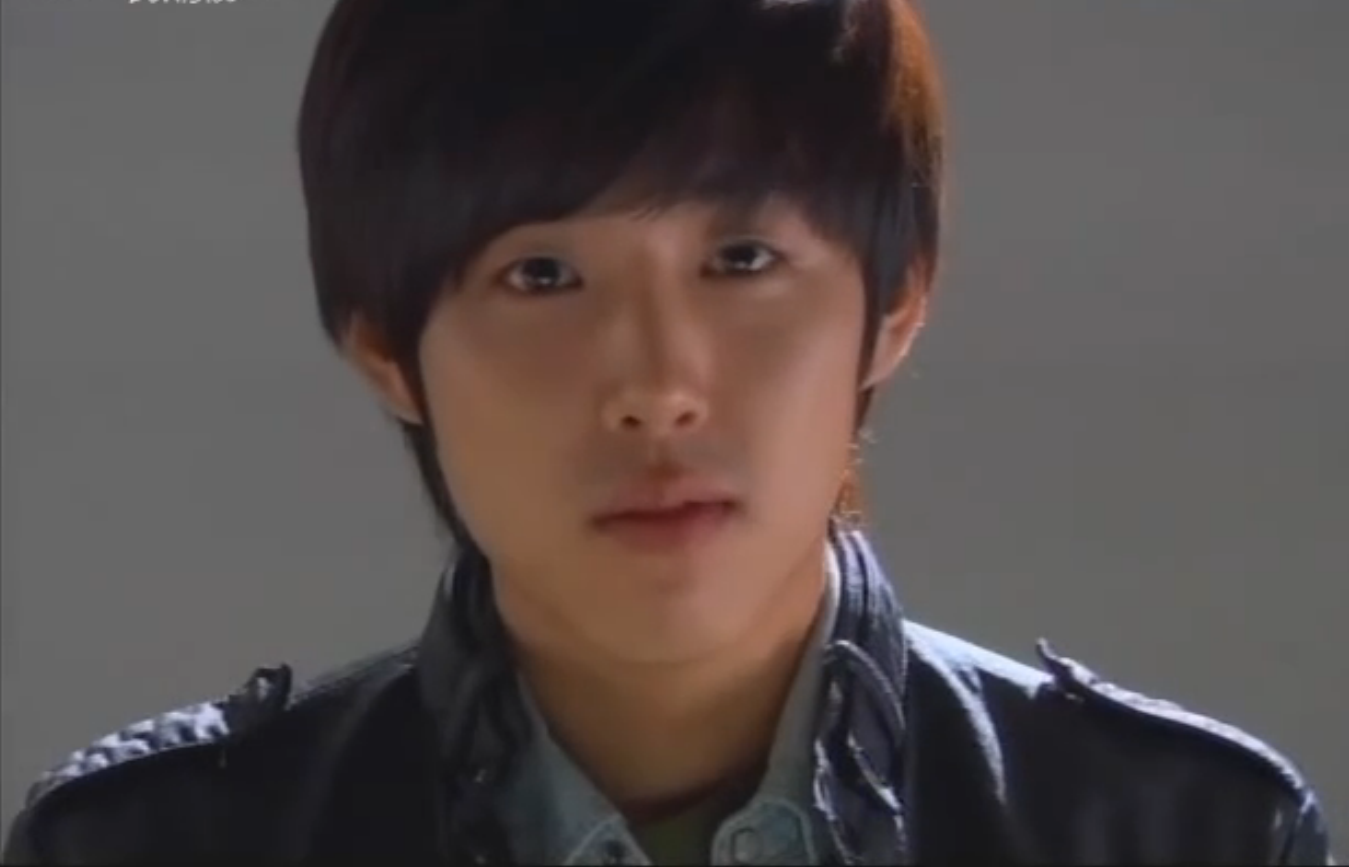 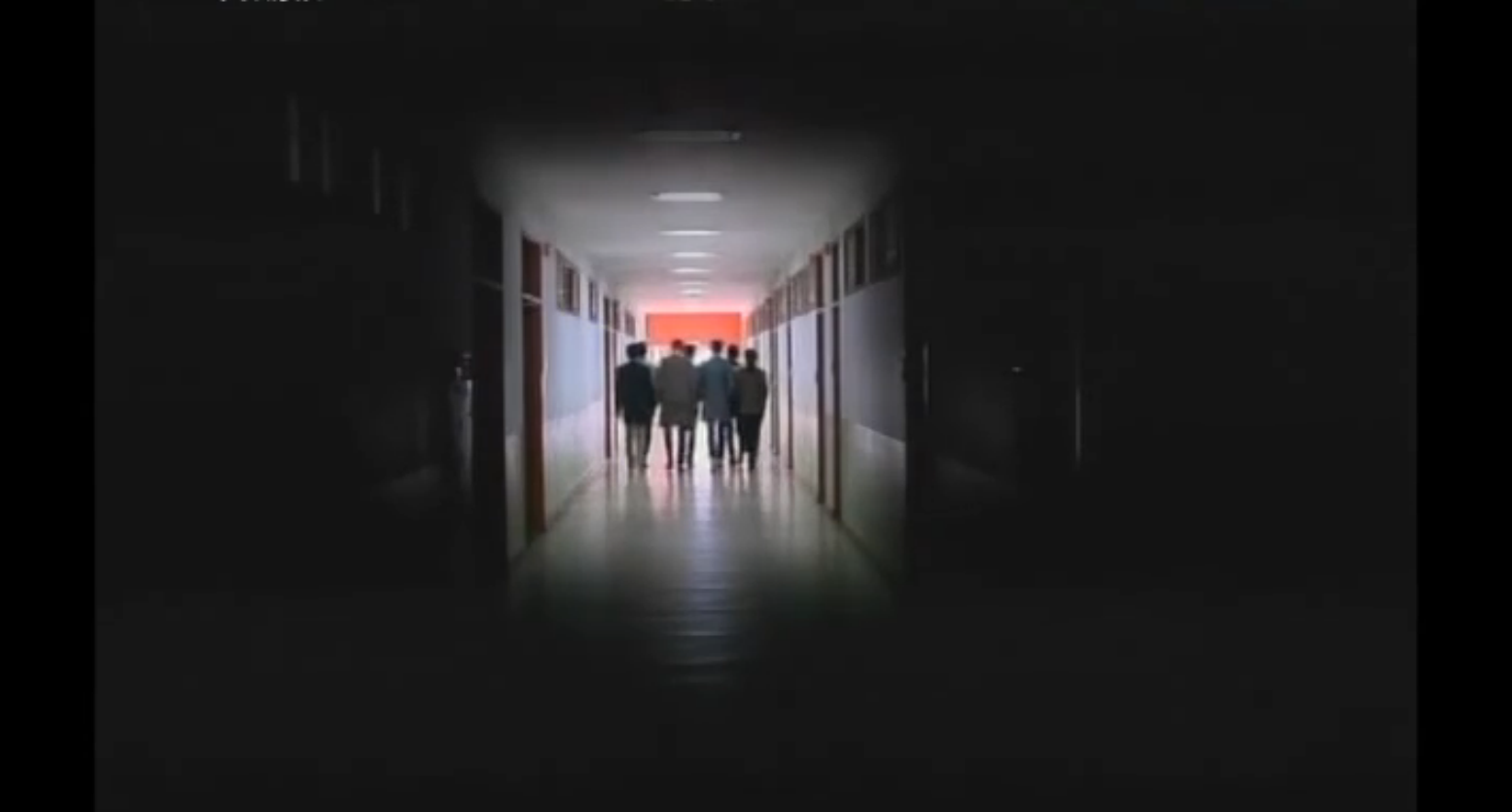 Where to watch White Christmas

It's a major travesty, but White Christmas isn't currently available on Viki OR Dramafever OR Netflix OR Hulu.  I had to do some digging to find it, but you can watch it here:

I ended up streaming it because I don't trust random downloads, but even in somewhat grainy quality, it was still worth it.