Coco and Vivi at KCON 2013: A Whirlwind Recap

It's been a week since we got back from KCON, and we've finally settled enough to start posting some of our experiences.  Brace yourselves for an extremely long post containing an absurd amount of photos...

I wasn't even planning on going to KCON because I like to pretend that I'm a responsible adult and can't just drop everything to go to Korean conventions in other states, but when I woke up on Friday and realized I had no plans for the weekend, my husband and I decided to just get in the car and road trip it at the last minute.  I'm so glad I did! KCON was an absolute blast.  Here are some highlights:


The line to get into KCON was enormous, and unfortunately Viki's panel featuring Sean Richard Dulake and the ladies from Dramabeans was one of the very first panels of the day, so we only caught the tail end of it.

Fortunately, we were able to talk to Javabeans and Girl Friday after the panel, and they graciously agreed to play a round of Kdrama "Would You Rather" for the camera.

So yes, they're just as delightful and hilarious in person as they are on Dramabeans.  Seeing them in real life also made me feel a bit starstruck because I'm pretty sure that anyone who has every watched a Korean drama has also read something on Dramabeans. The only other time I ever met anyone remotely famous was on a plane to Albuquerque when I swear Robert Redford walked past me to use the lavatory. This experience definitely tops that one, though I suppose I could work on building a stronger celebrity-o-meter.

Javabeans and Girlfriday weren't the only ones we interviewed.  We also really enjoyed getting to know the many kdrama fans at the convention a little bit better.  Here was the first of our questions: 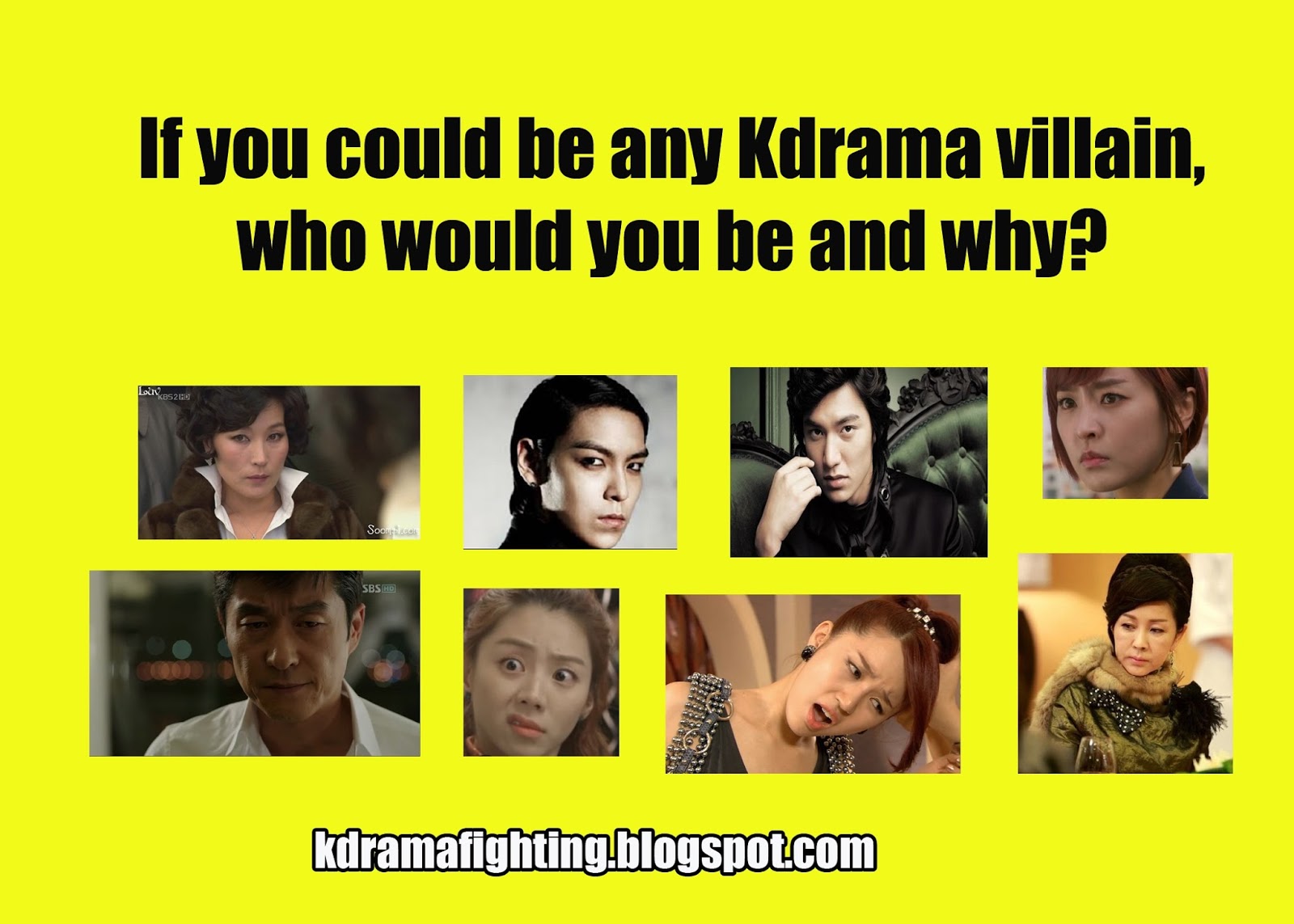 We got a lot of great responses, including some from Soompi, Viki, and 24-7 Kpop.  I love how some of these people didn't even bat an eyelash before deciding on their villainous alter-egos.

This was just the first of our questions.  We will have more of these fan question videos coming up in the next few days!

In the afternoon, we tried the "Anyone Can Cook Korean Food!" workshop, which should have been titled "If a chef prepares everything in advance, I'm sure you morons can figure out how to stir it all together, right?  Right?"  We successfully manged to put sauce into our bowls for some delicious bibimbap. 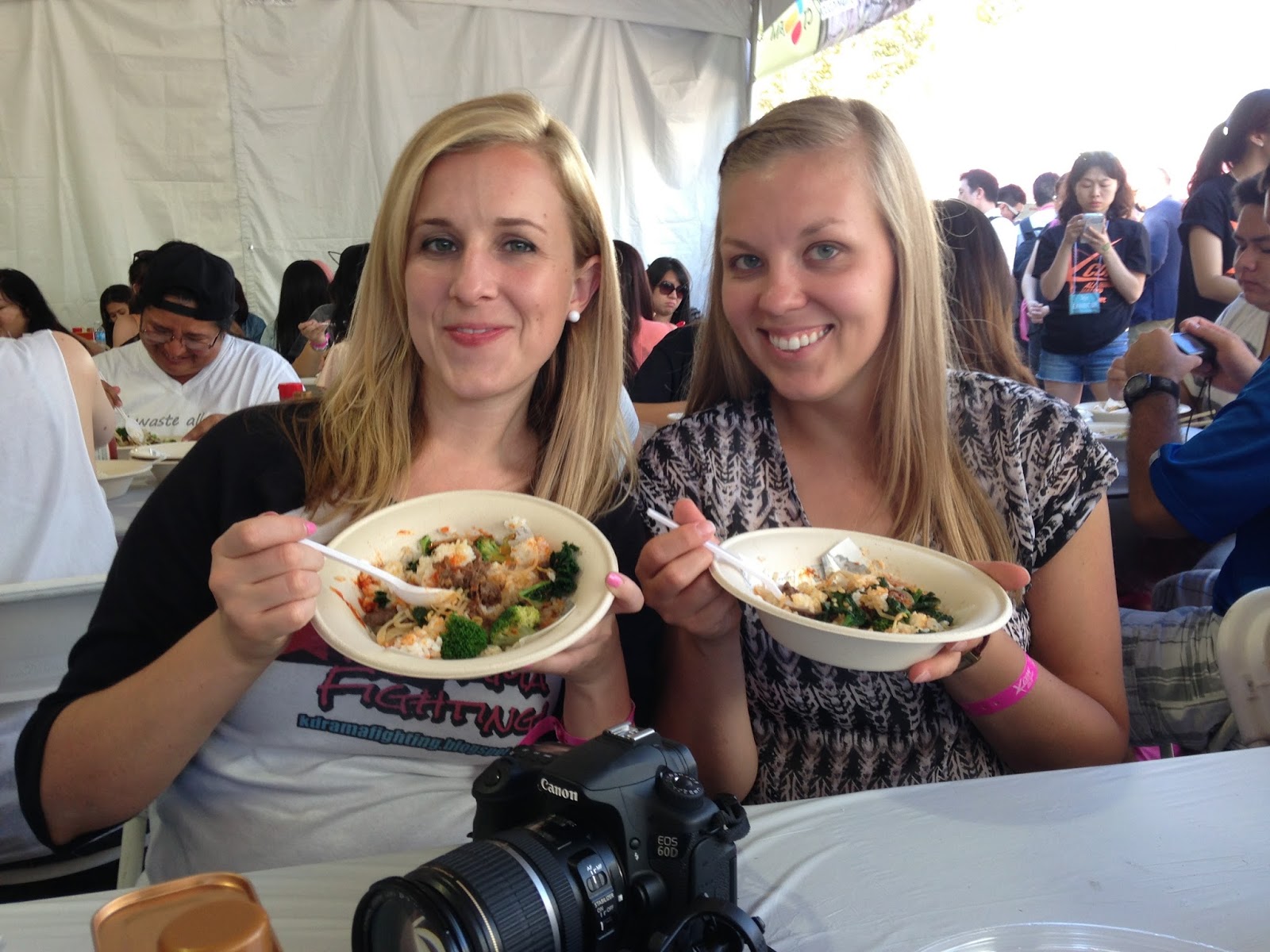 Of course, we also wandered over to the dance workshop, where everyone was learning sweet moves in preparation for the big concert.  It took us about four minutes before we realized we really didn't belong.

What I really enjoyed about KCON was that there was always something going on at any given moment.  Coco and I (and Coco's mom, who was the biggest Kpop fan out of the whole bunch) just ran around looking at everything.

There was a center stage that constantly featured performers or competitions. 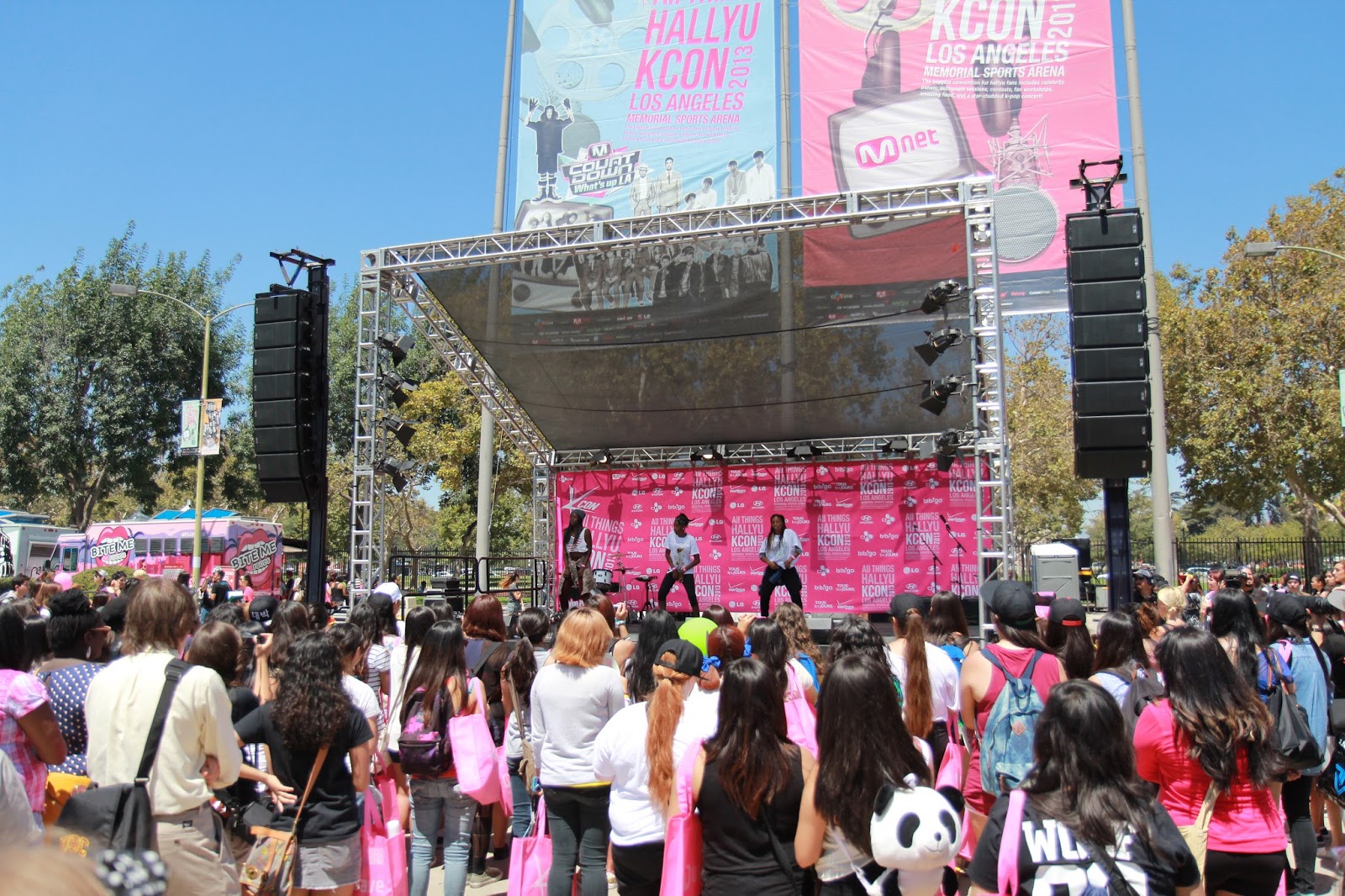 And, of course, plenty of Kpop cosplay to observe.

Most importantly, there were about a million food trucks serving delicious food.

Coco tried these amazing bulgogi buns.  I went more traditional with a burger, which was great until I discovered that every single port-a-potty was out of toilet paper.  NOT an ideal situation to face after eating food truck burgers....I'll say no more.

The other great thing about conventions is that they give you all kinds of random free stuff with your food: 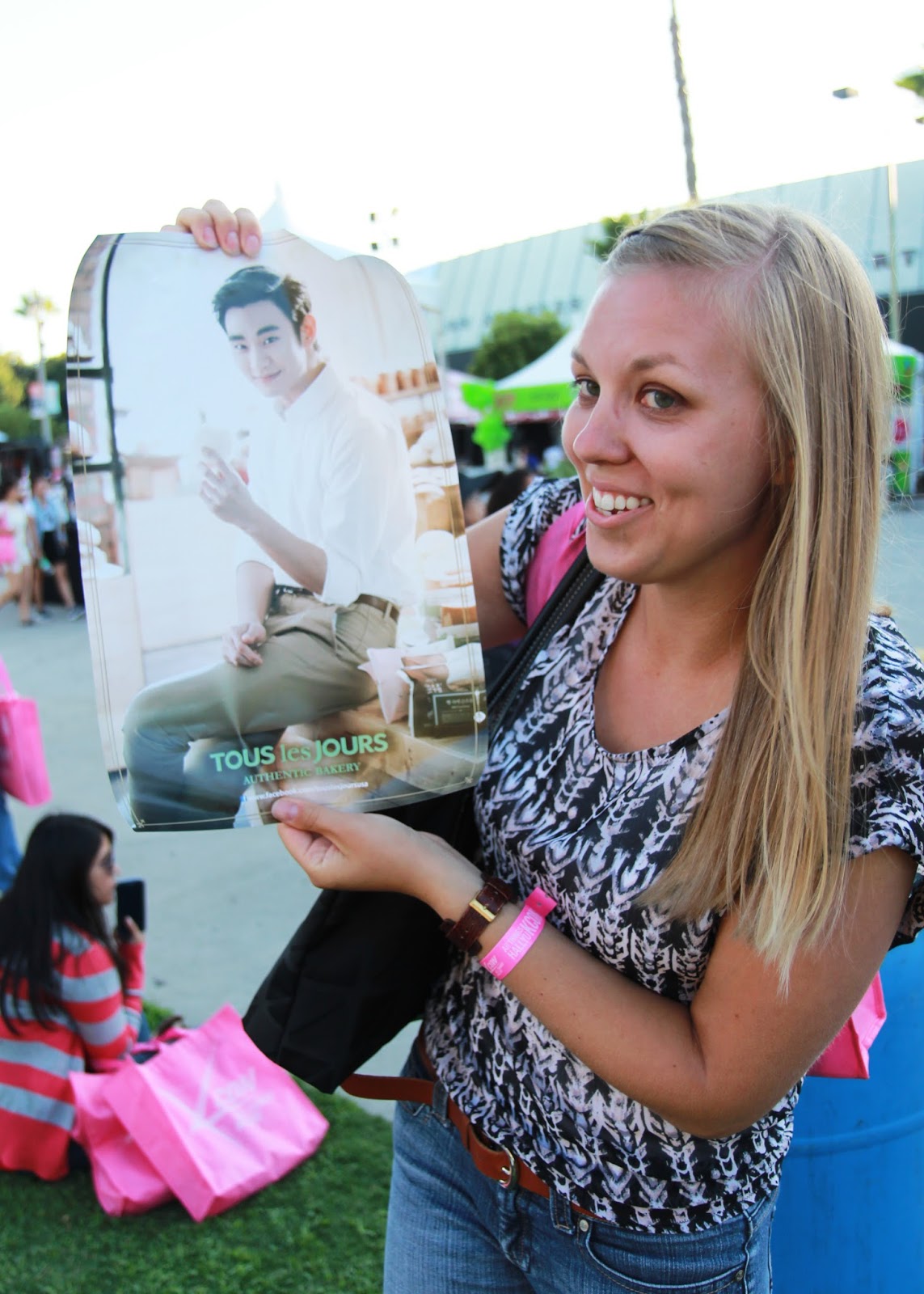 I was so excited about this Kim Soo Hyun poster!  Is he too young for me? YES! Do I have anywhere where I could reasonably hang a poster of a young Korean actor without being creepy? NO! But it was free, and that alone makes me happy.

Sadly, because my KCON trip was pretty impromptu, I wasn't able to stay for the concert on Sunday night.  Fortunately, Coco was able to attend, and she took some pictures to rub it into my face (and---by extension--everyone else's faces who didn't get to go.  Let's all moan about our misfortune together, okay?)