Koreans and Corsets: How Kdramas Are Like Jane Austen Novels

A few weeks ago, Outside Seoul's Amanda wrote this post, where she briefly mentioned the similarities between kdrama leading men and Mr. Darcy from Pride and Prejudice.  Then, a couple of days ago, one of my good friends finished watching her first kdrama (I'm so proud!), and her initial response was that it felt like a "long romcom, but not an American romcom--more like a Jane Austen movie."  These two comments, combined with the fact that I  recently saw Austenland in theaters, have really brought my attention to the many ways in which kdramas mirror Jane Austen novels.

That, and this scene from The Master's Sun this week: 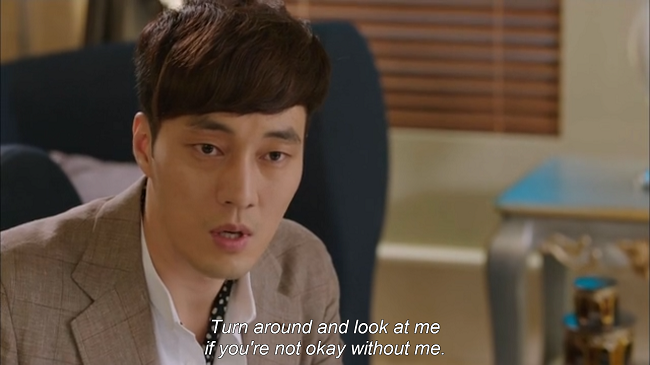 Surely, surely I wasn't the only one who immediately thought of this: 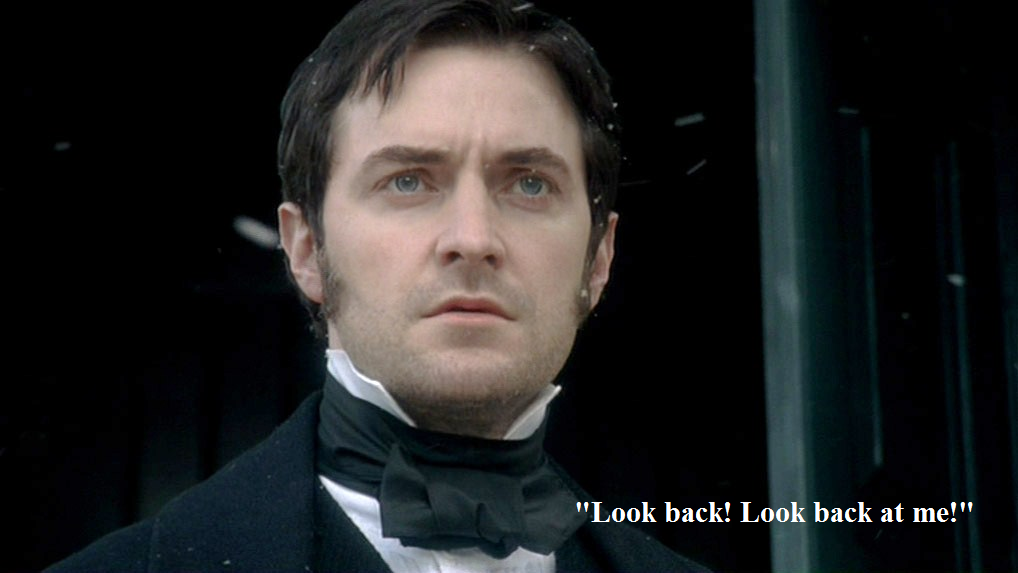 Yes, that's my second North and South reference in a week.  No, I'm not sorry. Sure, it's Elizabeth Gaskell and not Jane Austen, but Gaskell's like a more political Austen anyway, so it all flows with the overall theme here.

Now, I'm not saying that these dramas copied Jane Austen. They come from completely different times and regions of the world, but I wonder if the similarities of a (relatively) reserved culture encourage parallel stories.  Any theories?

As both Amanda and my friend Rachel pointed out, kdramas are filled with extremely wealthy, handsome, emotionally constipated men who act all harsh on the outside but really have fluffy marshmallow filling on the inside.  They often put on a cold exterior as the result of past pain (painful breakups, dead girlfriends, painful breakups with now-dead ex-girlfriends, etc.), and they are fiercely loyal once you crack that shell.

That's right. It's Mr. Darcy, quite possibly the most famous ascot-wearing, insult-hurling leading man ever to grace the page (or the screen).

Darcy might be the most famous of Austen's leading men, but he's not the only one who has his ascot wound a little too tightly.  For every Jun Pyo or Joo Won, you've got a Knightley or a Colonel Brandon just waiting to profess his love.

Fun fact: Every single Jane Austen heroine marries up in terms of money and/or social status.  Yes, even Emma Woodhouse, who doesn't need money.  She literally marries the only guy she knows who matches her standing.  Yes, even Anne Elliot, who marries the guy she initially dumped because he was too poor.  Guess what? He has money now! (And sure, love conquers all.  But he also has some serious money.)

Emma aside, most Austen heroines aren't very wealthy.  They aren't starving, but their families are usually pretty strapped for cash, which puts them just outside of socially acceptable reach for their fancy lovers.  Toss in some (gasp) lawyers as cousins, and they're prime targets to have a few people whisper behind their backs at local balls.
Kdrama leading ladies take this idea to the next level.  They aren't just poor; they're run-away-from-loan-sharks-and-sell-your-shoes-for-bread poor.  While Austen's characters have to be at a minimum social level to make the romances work, these characters usually have to be extra, extra strapped for cash in order to make them jump through plot hoops like fake marriage or getting married to a prince.

What Austen's heroines and the ladies from drama-land lack in style, they make up for in spirit.  Our favorite heroines can banter with the best of them, and they dazzle their men with strong hearts and wit instead of diamonds.  Even the doormats (like Fanny Price or the girl from Playful Kiss) have some character strengths that set them apart from the people around them.

Reason 3: Love Is in the Air

So these girls aren't the best social catches in the world, but somehow every single male in the entire plot is in love with them.  Remember how ALL of the members of A.N.Jell were in love with Go Mi Nyu even though she had kind of a stupid personality and some of them didn't even all know that she was a girl?

Yeah, I like to pretend that never happened, too.

Well, this magical aura of love also persists in Jane Austen's realm. Lest we forget, the botched proposals in Austen's novels aren't limited to the bumbling Collinses of the story.  We also have the Henry Crawfords, the Wickhams, and the Willoughbys.  These dashing bad boys all fall for the poor girls first, even if it doesn't work out in the end.

While most of these guys aren't exactly second male lead material, almost dying from a cold after you ran around in the rain quoting Shakespeare and whispering "Willoughby" sounds very kdrama-esque indeed.

When we asked people which kdrama villain they wanted to be, about a million (or at least five) people said they wanted to be Jun Pyo's mother from Boys over Flowers. I wonder if those same people also find themselves weirdly relating to Lady Catherine de Bourgh.  I mean, she ended up being an accidental catalyst for love, so she can't be all bad, right?
Whether it's a kdrama or an Austen novel, there are always mothers, aunts, sisters, and cousins getting in the way. (Wait, why are most meddling relations female?  I call sexism!)

I know that most of us have had those moments where we are in the middle of a kdrama and the two leads are gazing at each other and pretending not to be in love because of some crazy obstacle that makes them think they shouldn't be together and they could totally fix the whole thing if they just said something--anything--but they're too proud and/or noble and you shout "JUST KISS HIM!" at your screen, but it doesn't do any good because the show still has four episodes left, and...Can you tell how agitated I'm getting just thinking about this?

But let's be honest: Longing stares and repressed sexual tension are kind of the bread and butter of kdrama success.  They're also the driving force behind a lot of the sighing and swooning that happens in Austen novels.  These people aren't even allowed to give back hugs, so when they finally get together, we get an extra dose of stomach butterflies.  C'mon--as much as they drive us crazy, don't tell me you don't secretly love a good old fashioned meaningful glance.
Any other Janeites out there who stumbled upon the world of kdramas?
Labels: Jane Austen and kdramas kdrama list kdrama memes Kdrama Mr. Darcy Vivi