Partying It Up in the Palace: King 2 Hearts Korean Drama Review

I'm gradually working my way through all of the shows I should have watched back in 2012. After Nice Guy, I went back to something (at least initially) more lighthearted with King 2 Hearts. It seems like this series was somewhat polarizing.   People either loved it, or they kind of hated it.  My answer?  I agree!  With (almost) everyone!  With mad diplomacy skills like these, I deserve to be in the UN, right?  Because I could do a better job than most of the diplomats in this show, that's for sure.

The casting for this series was pretty spot-on.  I was kind of ambivalent about Lee Seung Gi after My Girlfriend Is a Gumiho, and hearing that he was supposed to pay a king in this series wasn't a very strong selling point for me.  I'm happy to admit that I shouldn't have been such a Judgy McJudgerson.  Unlike many drama leads (and what I expected from this character as well), Prince Lee Jae Ha isn't cold and cruel.  He's immature and a little thoughtless, but he's also fun and friendly.  Lee Seung Gi was the perfect pick to bring lightheartedness to the front end of the series. 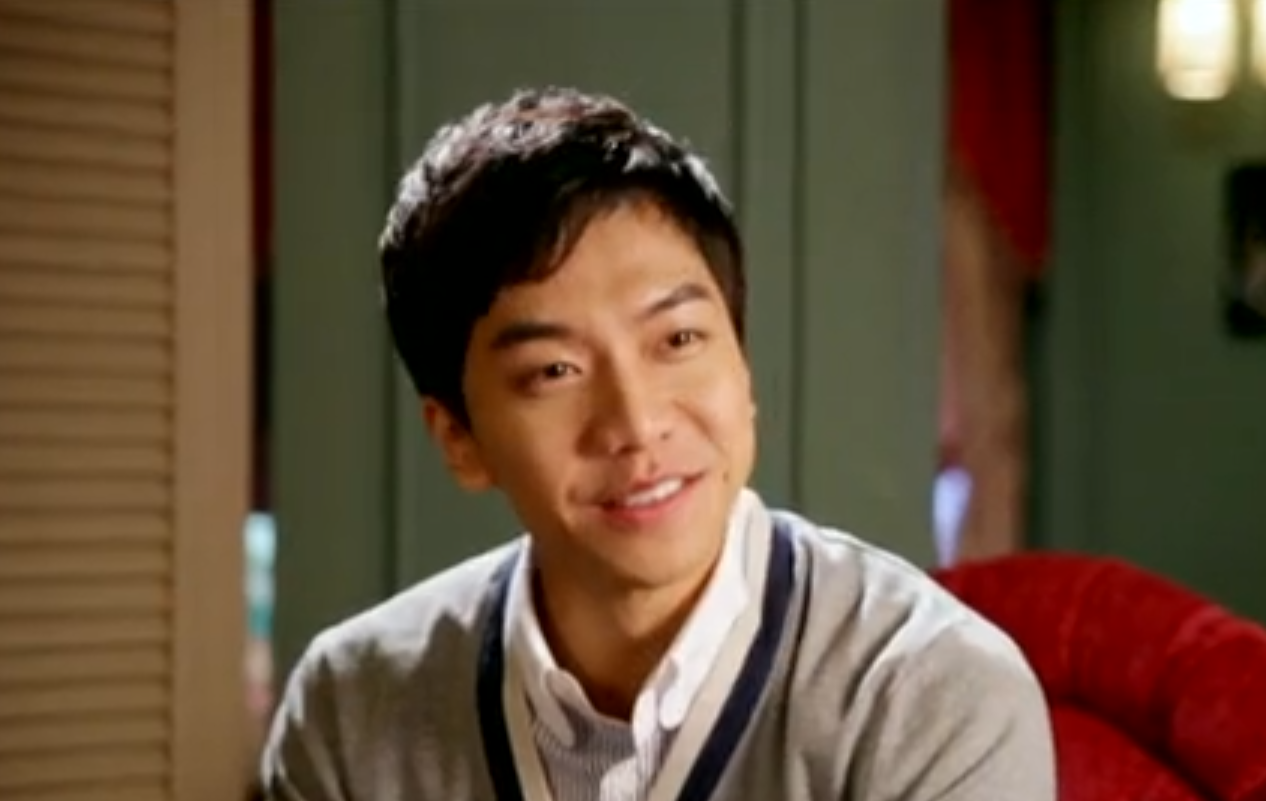 As far as smart, strong female leads go, Kim Hang Ah is a solid contender for the top of the list.  Let's start with the fact that she's an assassin.  As in, she knows how to kill people.  As a profession.  Every time I started to forget that she was awesome because they dolled her up and locked her in the palace for a few episodes, she would save everyone's lives just to remind us that she wasn't just some docile, pretty face.

When we made that list of smart, strong female leads, I remember having a discussion about how most dramas require the man to save even the strongest women from time to time just to put them in their place.  Not so with King 2 Hearts!  Kim Hang Ah easily did the lion's share of the saving, and Lee Jae Ha knew it.

Oh, you want to kidnap Hang Ah and use her as helpless damsel bait?
You assign a few soldiers to babysit Hang Ah?

You want Hang Ah to stay safely at home during an international crisis?

I have to admit that while I liked the casting separately, the two didn't have the best chemistry I've ever seen in a drama. On the positive side, at least Lee Seung Gi has improved his kissing since MGIaG, though Ha Ji Won seems to have gotten worse since Secret Garden.

The chemistry might have been a little off at times, but I liked the overall relationship development in the series.  I appreciate those little scenes where we see these two having fun together or supporting each other through tough times.  You could see that this relationship eventually went beyond attraction and moved into deep friendship.

Even though I liked the leads for the aforementioned reasons, they weren't even the stars of the show for me.  All of the other people living in the palace were just as interesting to watch.  There was the queen mother, who might just be the most well-rounded matriarch in drama-dom, and then there was her daughter, who reminded me that Lee Yoon Ji really deserves to be the star of her own drama someday.

And then there was this guy: 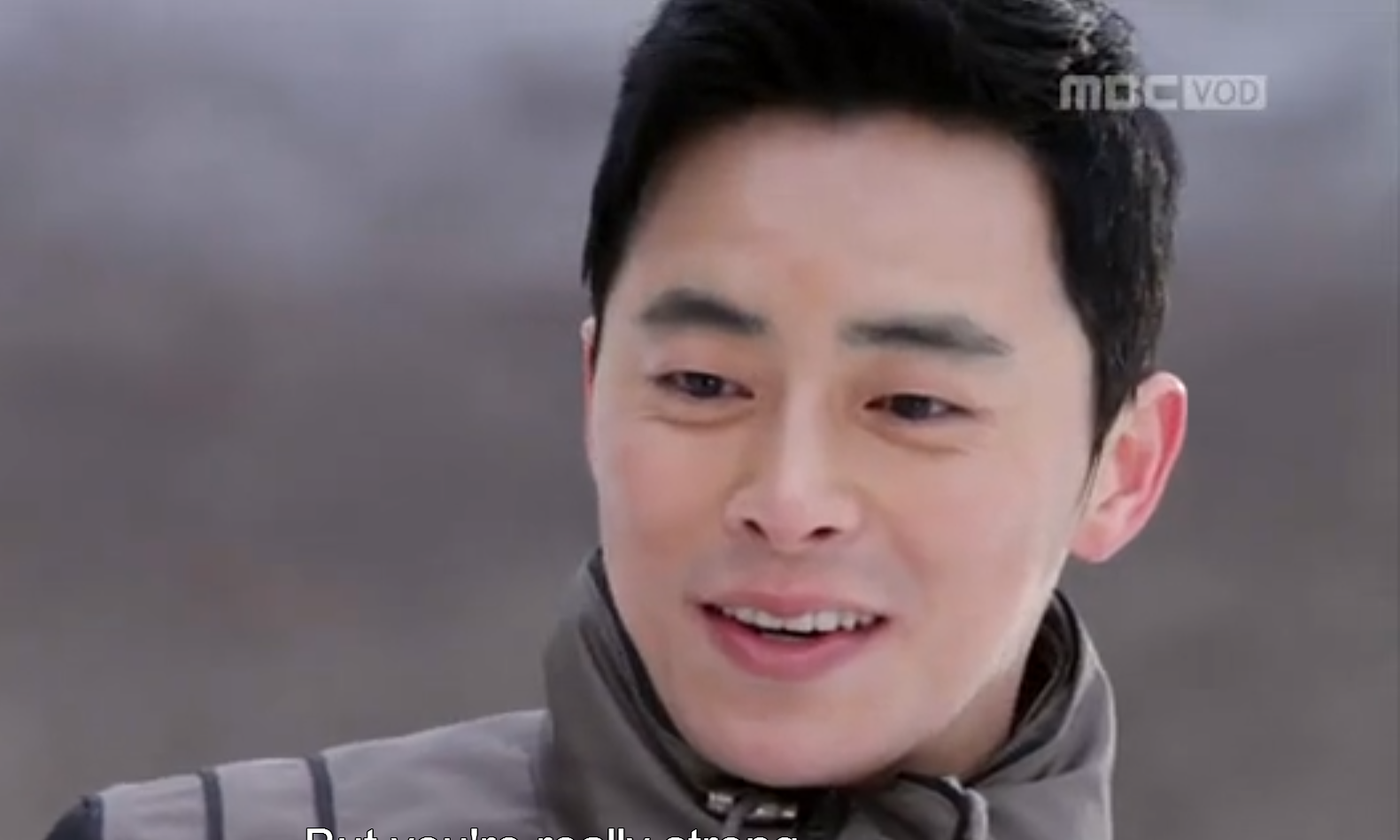 At first, I was kind of meh about his character.  I figured he was just a boring pretty boy who would come in handy to create some jealousy.

I cannot overstate how fantastic Jo Jung Suk was as Eun Shi Kyung.  His character wasn't the flashiest one in the show, but it had a quiet depth that can't be ignored.  If You're the Best, Lee Soon Shin weren't eleventy zillion episodes long, I would be tempted to watch it just for him.  But seriously, ain't nobody got time for that!

The last thing that I really enjoyed about this drama was the political background.  Out of all of the imaginary South Korean monarchy dramas I've seen (and I've seen several), this was the first to consider what it would really mean to become the king of a small nation in our modern world. It was an interesting look at international concerns from a non-U.S. perspective.

Okay, so with so much going for it, what could possibly go wrong?  Most of it boils down to John Mayer, the villainous magician/leader of the worldwide military-industrial complex. (I really, really wanted to tell a "Your Body Is a Wonderland" joke here, but I couldn't think of one, and then the moment was gone.  Curse you, John Mayer!) I get that the drama writers wanted to go for something new and fresh in their villain, but this just didn't work for me.  Most of his scenes just left me scratching my head and wondering how long it would take for him to finish his boring speech so that I could watch some more romance.  Blah blah I am king blah blah.  Seriously, man! Can't you make your evil plans in a more concise manner?

Also, if you're going to be an eccentric billionaire magician, I expect some high-caliber tricks, not "Pick a card! Any card!"  You could tell that everyone was just clapping out of politeness.  Either that, or fear of his chocolate-eating sidekick.

This isn't really a huge complaint, but after watching some pretty painful American accents (Mr. Secretary of Defense, I'm looking at you!), I hereby volunteer to speak English in any future Korean dramas where they need American people.  You hear that, drama writers?  I volunteer! I can't help you with those awkward bilingual conversations where everyone magically understands everyone else, though.  I'm not a miracle worker, people!

(Spoilers) I felt like the last few episodes dragged onnnnnnnnnn and onnnnnnnn and onnnnnnnn. Considering that John Mayer confessed all of his crimes every five seconds (including in front of UN officers), I don't understand why it was so hard to put him in prison.  If I accept the show's claim that his power was keeping him safe (which is possible), then I'm pretty sure a wedding wouldn't have been enough to keep him in pinstripes (because apparently the ICJ  believes in dressing criminals like 1950s cartoon prisoners).  Maybe this was a case of using all of the good villain-thwarting ideas too early and having nothing left once they got into the episode extensions.

Overall, I think the good outweighed the bad for King 2 Hearts.  Sometimes it was a crazy mishmash of tone, and they probably could have cut a bunch of stuff towards the end, but when a show makes me laugh out loud AND sob like a little baby, I feel like I can recommend it.