Skip to main content
Labels
Posted by Unknown May 31, 2013

Fun Things About Us, Courtesy of the Liebster Award

Another awesome Kdrama blog, Outside Seoul, nominated us for a fun award that recognizes new blogs, called the Liebster Award.  It's a great way for new bloggers to get to know each other better.

The rules for receiving this award:
1. List 11 random facts about yourself.
2. Answer the questions designated by the blogger (s) who nominated you.
3. Place YOUR nominations for the Liebster Award! Nominate five (or more) other bloggers that have less than 200 followers. Make sure to notify them via comment/email, etc.
4.Make up a set of questions for those nominated bloggers to answer.
5. Display the Liebster award badge on your blog!

That's a lot for one post, so brace yourselves:

11 Random Facts about Us

1. How We Met: Coco and Vivi met their freshman year of college 10 years ago when they ended up living on the same floor in the dorms and were in the same freshman orientation group. Coco saw the blonde, tan, Finnish bombshell that is Vivi and was intimidated. Vivi was wearing sunglasses and looked too cool for school. Vivi (wearing sunglasses to hide her awkward face when she tries to make small talk) saw Coco tossing her wavy blonde locks around and laughing like she was in a shampoo commercial filled with witty, beautiful people.  She sat at the other side of the orientation group and thought, "I will never, ever be able to be friends with people like that."  Luckily they realized that they were both actually nerdy, insecure girls who needed a new best friend! Kdramas have just been one more nerdy thing that they have bonded over through the years.

2. Coco's Favorite Memory of Vivi: Vivi is totally nerdy about costumes. She goes all out at Halloween time, and now that she is married she goes double all out with couple's costumes (which I think would be big in Korea since they always wear couple's jumpsuits and pajamas). I also love costumes but I am not as skilled as Vivi so I often enlist her help. For the last Harry Potter movie I wanted to dress up with my 6 foot 7 inches tall brother as Hagrid and myself as Fang for the midnight premiers. We found an awesome costume for Hagrid at Goodwill, but couldn't find a beard, so I brought an afro wig over and Vivi groomed it into a beautiful, perfect specimen.

Vivi came to the premiere as a very convincing Luna Lovegood. For some reason that memory sticks out to me. Maybe it's because it reveals just how we have always bonded over nerdy fangirl stuff.


3. Vivi's Favorite Memory of Coco:  One thing to know about Coco is that she is the nicest person you will ever meet UNTIL she gets hungry, and then she turns into a grumpy (but hilarious) she-hulk. About two summers ago, Coco and I (and some other friends) traveled to Boston and then NYC to a friend's wedding.  For some reason, food was just not working in Coco's favor on the trip.  People kept getting her orders wrong, the food turned out gross, or we just couldn't find food when she wanted it.  Well, we were sitting on a beautiful beach eating delicious cupcakes and Coco realized that she got the WRONG CUPCAKE (HULK SMASH!).  My husband joked that she must have done something bad in a past life to anger the food gods, and she said, "Yeah, like pillage a village and steal their food." JUST as the words came out of her mouth, a giant seagull swooped next to her face and stole the cupcake right out of her hand!  The best part was that Coco got so mad that she threw the leftover cupcake at the seagull in pouty revenge. Then she covered it in sand out of spite so that none of the swarming seagulls could enjoy their plunder.  I died.

4. Coco and Vivi both love cats. A lot. Maybe too much. Last year, Vivi decided she would make a ridiculous cat calendar for her husband's birthday starring their two cats (she now has three--it's getting out of control), so she enlisted Coco's photography and photoshop skills. This is just a sample of the outcome: 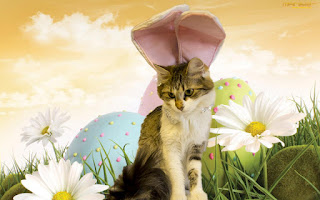 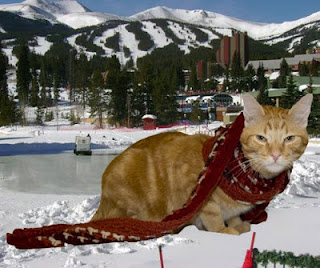 What do you think? Should we make a kitty calendar with her cats as Kdrama OTP's? We even have a Pinterest board dedicated to Kdrama Kitties. It's a thing, ok?

5. Coco has never lived in one place, or held the same job, for more than a year since graduating high school. Vivi has thrown her at least 3 going away parties, but Coco always comes back. She kind of lives a gypsy, vagabond life, floating wherever the wind takes her.

6.  Vivi met her husband when he was dating one of her roommates (NOT Coco), who he stole from one of HIS roommates.  Vivi finds this story hilarious because it sounds like the premise to some scandalous k-drama love square.  In fact, it was all just about as non-scandalous as you can get.  The roommate had broken up with him quite a while before the relationship started, and they're all still great friends.

7. Coco's biggest fear is dolls. It always has been and it probably always will be. When she was a little girl, her older sister told her that if she did not kiss all of her dolls goodnight then they would come and get her. She never got over that.

8.  Vivi loves Batman more than almost anything in the world.  She has loved Batman since she watched the cartoons as a young child. She loves Batman so much that she wrote her Master's thesis on Batman (and they gave her a degree!).  She really, really loves Batman.

9. Coco hates the feel of cotton balls and chalk between her fingers. It's just gross. Coco loves the feeling she gets when she walks on those moving sidewalks in the airport. The sensation of suddenly going much faster and further with no more effort makes her feel on top of the world.

10.  Vivi doesn't mind snakes or spiders or most other creepy-crawly things, but her biggest fear is rodents.  There is something about those little claws and those little teeth and those little tails...(Shudder).  This may have something to do with the fact that her pet hamster committed suicide when she was 10 years old.  She never got over it.

11.  Coco was the one who got Vivi addicted to k-dramas.  In fact, she tried to force her to watch Coffee Prince several times, and it never worked.  Once Vivi caved, though, there was no hope for either of them!

1. What’s your motivation for blogging?

Coco: We have a master plan that is the end goal of our blogging, but that won't be revealed for at least another year (wahahah). Also, I like making memes and making people laugh.

Vivi: It's nice to have a creative outlet outside of work. I often find myself having imaginary conversations in my mind as I'm watching dramas, so I just put those conversations here!

2. Do you post under your real name? Why or why not? And if you don’t, how did you choose your blogging identity?

Coco: I wish this were my real name! I kind of just like the idea of having an alias. Coco is what they called me in South Africa when I studied there and it's kind of fun. I don't mind at all if people know who I am or that I have this blog. In fact, I tell people all the time like a good Kdrama missionary, to Vivi's chagrin.

Vivi: Coco chose her alias first, and then I picked one that matched.  I actually prefer to use an alias because I have a really unusual name.  So unusual, in fact, that if you Google my real name, I will be the only result that pops up.  In the entire world. I keep my name secret because I don't want any random serial killers on the internet to find me through this blog and then discover my real identity too easily and then find me and kill me.  Because I believe that serial killers should have to put in at least some minimum effort first.  I also work in academia, and I figure that having a Google search pull up my Korean drama obsession right next to my teaching profile might not be the best idea.

3. What’s your favorite blog post that you’ve written so far?

Coco: The one Vivi and I co-wrote for Viki about Kdrama love squares. Those memes just kill me.

Vivi: The post about Kdrama Hollywood Lookalikes. It was one of the first posts I wrote, and when I figured out who Kim Jeong-hoon reminded me of, I laughed like a maniac.

4. What has been your biggest blogging challenge (e.g. getting people to comment, making headers, placing pictures side by side, etc)?

Coco: Juggling all of our accounts for the blog. We have like 10 what with the Facebook, and Twitter, and Pinterest, etc. Also blogging, yet still working full time, and having a social life, and actually watching Kdramas.

Vivi: Trying to change ANYTHING in the Blogger layout.  One time I tried to move the text in our banner closer together, and it took me a solid three hours of Googling HTML code.

5. What are your favorite and least favorite drama cliches?

Coco: I love wrist grabs. Sorry, not sorry. I know that should be wrong, but why does it feel so right? I hate brooding shower scenes. JK! LOL! I love them.

Vivi: I was actually going to say that the wrist grabs are my LEAST favorite.  Seriously, if you're going to drag someone around with you, why don't you just stop being so lazy and reach three inches lower for their actual hand?????   My favorite cliche?  Maybe the piggyback rides.  The first time it happened, I was like, "Okay, that's kind of weird, but whatever." And then it happened in the next three dramas I watched, and I thought, "Wait, what, is this a real thing?"  I love it for how manufactured and cheesy it is.


Honesty time: I tried to write a list of nominations and ended up a total mental mess with about 25 tabs open on my browser. We read a lot of clever and funny and insightful reviews every time we finish a new drama, so there are a lot of blogs that we love (and a lot that have already done this award).  We decided to nominate some bloggers we found through this blog who we would love to learn more about.  Anyone else is also welcome to answer these questions and link to their blogs in the comments!:

1. Which kdrama character is most similar to your personality?  Why?
2. If you could punch one person from one kdrama in the face, who would it be?
3. If you could go out to lunch with one kdrama heroine or female best friend, who would you choose?
4. What is the most kdrama episodes you have watched in one sitting?  Which drama was it?
5. This one isn't about kdramas, but it's still important: What is your favorite kind of dinosaur?