Kdrama Ghosts: Why You Gotta Be So Creepy?

For my fourth post with the DramaFever Drama Club about Who Are You episodes 1-4, we decided to do an analysis of the way ghosts are used to represent certain themes in Korean Dramas.


One of my professors once told me that all good horror devices actually represent broken human relationships or broken societies. For example, haunted houses represent abuse within a family. Along this line, it seems that the ghosts in Who Are You represent a broken justice system. Like the psychic tells Shi Oh, ghosts appear because they want relief from resentment.

I’ve noticed in several Korean dramas, I Hear Your Voice being the most recent example, that the Korean justice system is often portrayed as unevenly on the side of guilty defendants. People too often get away with crimes, leaving it up to those who are wronged to take matters into their own hands. We see a prime example of this in the scene below. 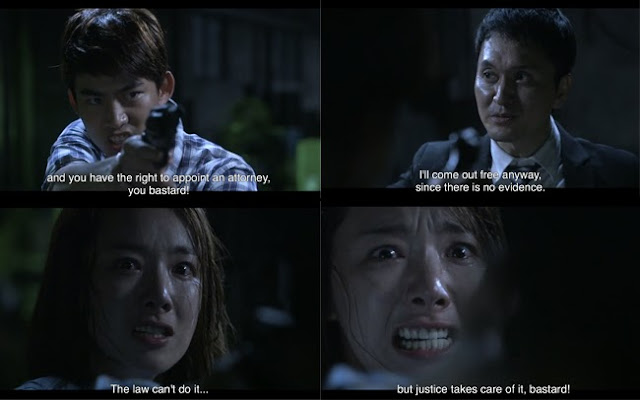 Shi Oh must avenge the death of the girl, who cannot do it herself, because Shi Oh knows that the culprit will most likely be found not guilty according to Korea’s due process. Once the murderer is caught, the girl’s ghost now smiles and disappears. It seems that in the setting of a detective story, ghosts represent those seeking justice. 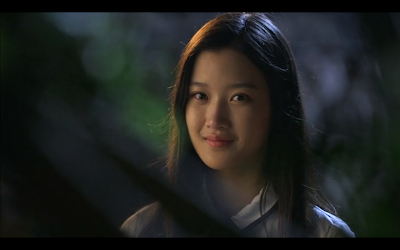 On a side note, why you gotta be so creepy ghosts? It’s clear that you can be pleasant and nasty-wound-free after you’ve received help, so what’s with the sneaking around, grabbing people’s arms and making them fake bleed, making people cold, and creepily playing the piano? Not necessary! 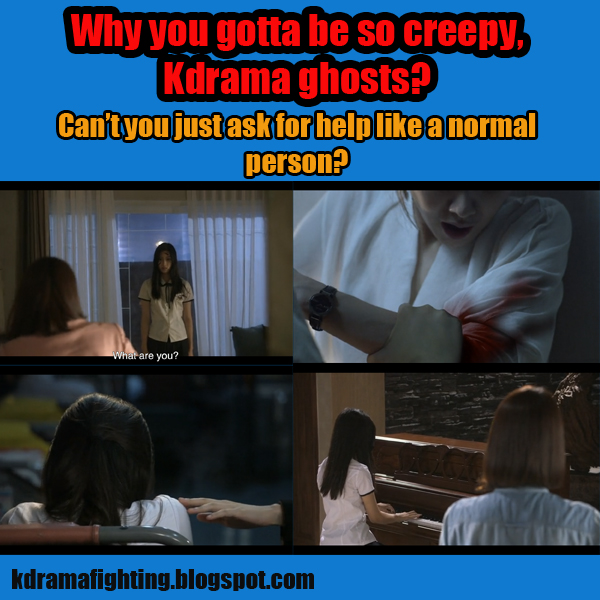 I have to admit that I find the ghosts in The Master's Sun much creepier, but the Who Are Ghosts are a little more realistic looking (if there is such a thing as a realistic ghost). To see my and Vivi's horrified reactions to the ghosts in The Master's Sun, check out Vivi's YouTube review of episodes 1-4.
So, what do you think ghosts in Kdramas represent? What Kdrama has the scariest ghosts? Comment below.
Labels: Coco DramaFever Drama Club DramaFever Guest Post kdrama ghosts kdrama memes kdrama mystery korean drama blog Korean drama ghosts Who Are You Kdrama Who Are You Korean Drama Who Are You Review