Some More of Something Completely Different: Youtube Review of The Master's Sun Episodes 1-4

Remember how Coco recently tried doing a Youtube review of Who Are You? And I said I would never, ever do it?

And then Coco tried to convince me: "But someone has to review The Master's Sun and you're already doing it!" "I can't do it by myself!" "C'mon! It won't be that bad!"

And then I caved and taped a review. And then I gave Coco one of my kidneys. Because she might just be the most convincing person on the planet.

Yep, that's...a lot of my face. And a gigantic cat tower in the background. Don't judge.

If you don't love awkward things, a better option might be to head over to DramaFever to check out my Drama Club reviews of the series. I'm working with Rosie and Drama Debussie in this Drama Club, and so far, we're just having a grand ole time! There was a hubbub over on DramaFever's facebook page when they featured the one negative quotation from my first article, but I promise I'm actually enjoying the show!  (Pats angry fangirls on the head soothingly.)

Who else is watching The Master's Sun? It's my first time watching an ongoing series, and I don't know how I feel about this whole two-episodes-a-week thing.  Wait, I do know.  It's killing me! 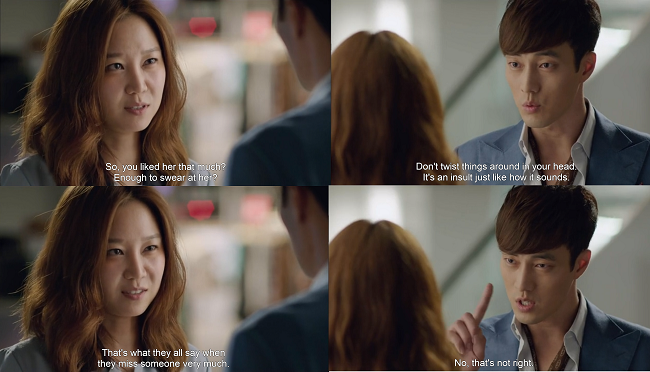 And, for those of you who caught the Monty Python reference in the title: