To All the Dramas I've Loved Before: Top 10 Favorite K-dramas of All Time 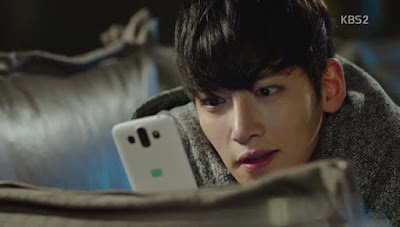 Almost exactly six years ago, I discovered my first K-drama. It was Coffee Prince, which I binge-watched in my pajamas over the course of Thanksgiving break. By the end, I was overly tired and in desperate need of a shower—but I also found a new love.

Coco and I built this blog because we wanted a way to connect with other fans before the widespread popularity of K-dramas hit. I know there were plenty of K-drama viewers who found each other long before 2012, but it was nothing back then compared to the widespread popularity now. Back then, I was too embarrassed to tell anyone I knew in real life (aside from Coco, of course) that I would even dream of watching a show called Vampire Prosecutor.

Saying Goodbye (for Now) to K-dramas 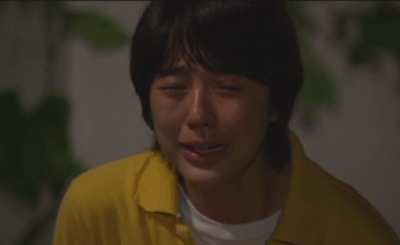 Over the years, we've met so many likeminded fans both online and at events like KCON and the DramaFever awards. We've laughed together, cried together, and thrown things at the computer together when a show suddenly gives a character amnesia to draw out the plot.

But I think it's time for a change. When DramaFever abruptly shut down a month ago, something broke for me. I don't mention it much on this blog, but Coco and I both worked for DramaFever for a time, and Coco was working there right up until it closed—she was as surprised as anyone.

Even though I had moved to a different company a few years ago, DramaFever was one of my first big gateways into K-dramas. I remember when Coco first visited the DramaFever office to taste test some snacks, and I was so jealous. It felt like she was meeting celebrities or something. (She did that, too. I'll never forgive her for meeting Park Bo Young without me!)


Working at DramaFever gave me a lot of insight into what it takes to be able to subtitle and stream dramas legally. I understood more about the ins and outs of the drama industry and quirky details like why some shows get bizarre English-language titles. I got to see some of my favorite actors and actresses in real life (and I wish I hadn't seen some of them so I could maintain the illusion, but I'll never tell which ones!). I interacted with thousands of fans from around the world and got to gush about my favorite shows.

When DramaFever shut down, it stopped mid-show on a few dramas I was avidly watching. That was a bummer, but it was nothing compared to suddenly realizing that the hundreds upon hundreds of articles, memes, and social media posts I created were *poof* gone. Maybe it seems weird to mourn the loss of fluff fan pieces like "Handsome Korean Actors Holding Adorable Kittens," but those were my handsome Korean actors holding adorable kittens, and now they don't exist. So much of my personal creative energy disappeared without warning, and that hurts more than I expected.

After a couple of big drama disappointments in the form of Mama Fairy and the Woodcutter and Fluttering Warning/Love Alert, I've found myself drifting farther and farther away from my former K-drama obsession. With that, I think it's time to take a pause on this blog.

Before we say farewell, though, I want to do one big post I've been dreaming of for years, but always felt too overwhelming to tackle.

Here are the absolute best K-dramas I've ever seen. By "best," of course, I mean stuff I personally like, which means nothing super long or historical or melo-ish. So really more like "shows that happened to strike Vivi's fancy" rather than THE best of the best K-dramas in the history of time.

These are in no particular order because picking the best K-drama of all time is like going to a store full of kittens and trying to pick just one—it's just not possible. (There's a reason I own three cats, people.) 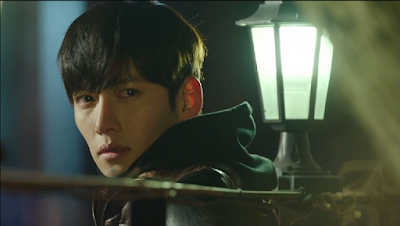 Is this a surprise to anyone? Healer first introduced me to the magnificence that is Ji Chang Wook, and even though I'm totally not ranking these, Healer might be the best start-to-finish drama I've ever seen. (Shhhhhh don't tell the other kittens that they're not my favorites.)

It has knee-buckling romance. It has action. It has Ji Chang Wook. (Have I mentioned how I love Ji Chang Wook?) 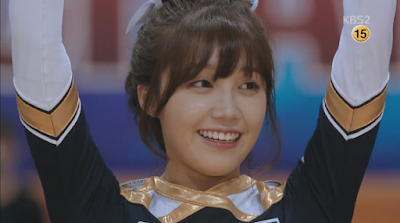 Fun fact: Cheer Up is the one and only drama I've watched multiple times. Even though the premise of kids having to cheerlead to get into Harvard (yes, that's the actual premise) is eye-rollingly absurd, it manages to pack in a lot of genuine, earnest emotion with an immensely talented young cast. If I'm having a bad day, I can always count on this pack of dancing teens to lift my spirits. 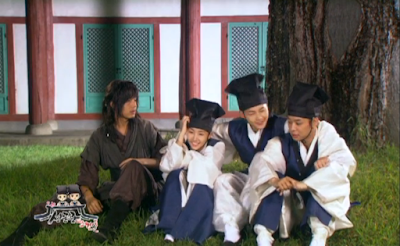 I'll admit I don't know how well Sungkyungkwan Scandal holds up if you've followed male lead Yoochun's fall from grace, but we all know we were watching for Park Min Young, Song Joong Ki, and Yoo Ah In anyway, right? This was the first "historical" drama I watched from start to finish, and I adored the smart, determined female lead and her posse of dashing scholars. It will always hold a special place on this list as one of the first K-dramas that really captured my heart. 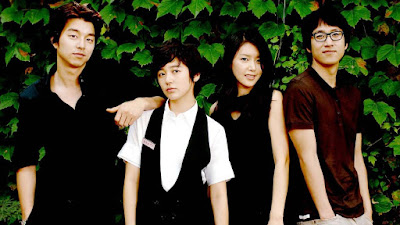 How could I not list Coffee Prince among the best K-dramas? It was the one that started it all for me, and it still stands out as easily the most convincing gender-bender of all time. You have the phenomenal pairing of Yoon Eun Hye and Gong Yoo (not to mention Lee Sung Kyung, Chae Jung An, Kim Jae Wook...). And then that kiss. Whoa. That kiss alone might be halfway to blame for my K-drama obsession. 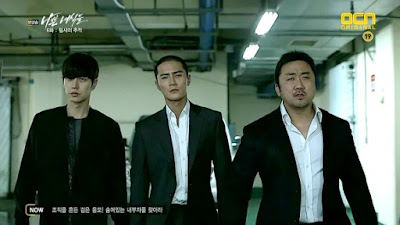 Some days, you don't want romance—you just want to see bromance and some punching. Bad Guys is the drama for those days. Ma Dong Seok and Jo Dong Hyuk stole the show—and my heart. It's dark and grim, but with enough friendship and levity to keep from weighing it down too much. In six years of drama watching, this remains the only one my husband has managed to watch with me from start to finish.

Sadly, I never did a full review of Bad Guys. I adore it. End of review. 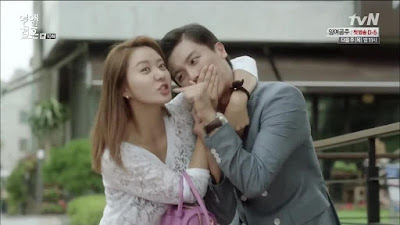 If you like romcoms, go with Marriage, Not Dating. It somehow manages to be one of the very, very few K-dramas that maintains both the romance and the comedy for a full 16 episodes. I laughed, I cried, and then I cried some more when Han Groo got married and was never in anything ever again.

But at least I'll always have this delightfully fun show. 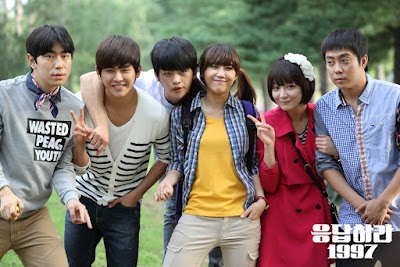 In all honesty, you could add in Answer Me 1994 or Answer Me 1988 onto this list as well. Every version of the Answer Me series builds lovable characters and a sweet sense of nostalgia in different ways. But 1997 gets to be on the list of best dramas because in some ways it's the tightest of the three—it packs the same emotional punch in literally half the run time. It also doesn't go too far off the rails with the husband hunt, and I do adore the coupling of Eunji with Seo In Guk. 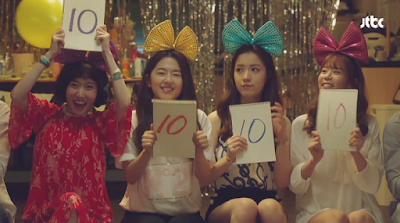 This drama speaks to me. The female friendships, the complex characters who all grow over the course of the series, the balance of lightheartedness with more serious issues—I wish we could get a million seasons of Age of Youth (but only if they take back that one epilogue from season 2—you know the one I mean). Age of Youth is a delightfully female-centric drama with just enough side stories of romance.

Pssst: If you like Age of Youth, White Christmas is a beautifully bleak drama from the same writer. It's a lesser-known K-drama, but it features a cast that includes Kim Woo Bin, Sung Joon, Kim Young Kwang, Lee Soo Hyuk, Esom, Baek Sung Hyun, Hong Jong Hyun, and Kwak Jung Wook  at the start of their careers. 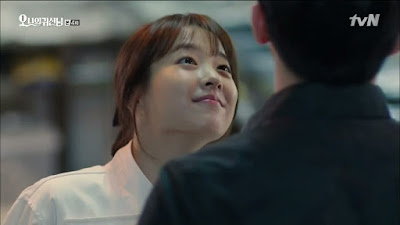 If you have to get past the plot description on some dramas, Oh My Ghostess, if anything, has to live up to the promise of "lusty virgin ghost possesses shy woman." Add in Park Bo Young as our possessed/not possessed female lead, Jo Jung Suk as an adorable male lead, and Kim Seul Gi as the feisty ghost, and it has become my go-to K-drama for tricking people into a new K-drama habit.

10. Arang and the Magistrate 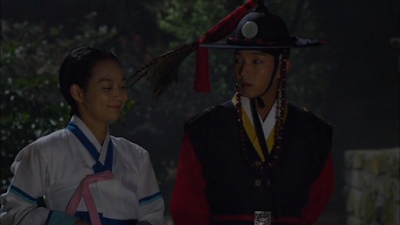 Bottom line: Shin Min Ah will steal your heart as the sassy ghost out to solve the mystery of her own murder. It's been a while since I watched Arang and the Magistrate, but what still sticks out to me is the sense of worldbuilding. Gorgeous shots of both the heavenly and earthly scenes, backstories for all of our supernatural characters, and a villainness who remains one of the most menacing I've seen all put this on my list of favorite dramas.

Full Arang and the Magistrate review

What's Next for Kdrama Fighting?

Whew. It's done. And I'm just going to have to publish before I change my mind and swap some honorable mentions onto the list. (Weightlifting Fairy Kim Bok Joo for adorable romance, Angry Mom for a badass female lead, Nice Guy as my guilty pleasure that really isn't all that good but was weirdly cracktastic and made me Google every single thing about Song Joong Ki....)

After this post? Who knows? Maybe I'll want to post again in a week or a year. Maybe I'll just use this as a platform to post all my feelings about Christmas Hallmark movies (and hooo boy, do I HAVE FEELINGS). But in the meantime, I'd love to hear which are the best K-dramas you've seen. There must be some gems I've missed over the years!

So long for now,
Vivi 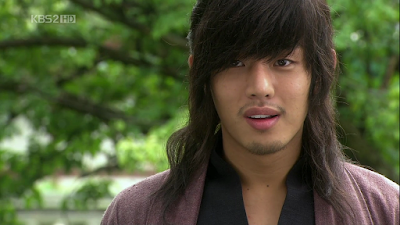